Canadian bank profits are bulging as lenders start to unwind large reserves against future losses, bolstered by early signs that businesses and consumers are starting to borrow more as the economy starts to recover from the pandemic.

Second-quarter profits at Royal Bank of Canada , Toronto-Dominion Bank and Canadian Imperial Bank of Commerce were 2½ to four times their pandemic lows reported a year ago, rising to a combined $9.4-billion in the three months ending April 30.

The standout reason for the spike in earnings was a plunge in provisions for credit losses – the funds banks set aside in case loans default in the future. Banks started reclaiming funds they had earmarked against potential losses early in the pandemic, which is a sign of increasing confidence there will be far fewer defaults on loans than they once feared as COVID-19 created a global crisis.

The banks’ capital markets divisions also continued a hot streak, posting profits of $1-billion at RBC, $495-million at CIBC and $383-million at TD. A wave of corporate mergers and public listings have boosted advisory and underwriting revenues, while trading desks have stayed busy even after the frenzied activity in the pandemic’s early months started to taper.

By contrast, loans to businesses and consumers that make up the core of each bank’s revenue have been slower to recover. There were subtle signs that clients are starting to spend and borrow more as confidence in the economy increases. But senior bankers warned it will take time before lending gets back to prepandemic levels.

Though some companies and households are struggling, many others have built up savings by spending less and banking government stimulus funds, amassing a glut of extra deposits totalling $212-billion, by RBC’s estimate. Even as consumers spend more, they have less need to borrow through credit cards and personal loans. And many businesses are having a hard time keeping up with demand for their products as backlogs in supply chains make it hard to get enough inventory.

“I think this is going to take a bit of time to work its way through,” said Rod Bolger, RBC’s chief financial officer, in an interview.

CIBC recorded just $32-milllion in provisions in the second quarter, compared with $1.4-billion in the same quarter last year. RBC released $96-million in reserves, and TD recorded the largest reversal of provisions at $377-million.

TD benefitted from the largest reversal in provisions, which it no longer thinks it needs because of “an improving economic outlook,” said chief financial officer Riaz Ahmed, in an interview. The bank is encouraged by the pace of vaccine distribution in the U.S. and Canada, and hopeful that the worst hardship could be over for many businesses.

Banks are expected to ramp up the release of unnecessary loan loss provisions in the coming quarters, but have so far been careful not to let go of their reserves too soon. CIBC reduced its quarterly provisions by releasing $214-million in existing reserves, but the bank’s models suggested it could have released more. “We continue to exercise judgment ... reflecting ongoing uncertainty,” chief risk officer Shawn Beber told analysts on a conference call.

Banks are recording lower loan losses because consumers are carrying less personal debt, with credit card balances at RBC and CIBC down 13 per cent from a year ago. The volume of spending on cards is rising again, up 21 per cent from a year ago at CIBC, and Mr. Ahmed said TD is encouraged to “see card spending starting to return.” But as some clients use up savings first, it could be months before balances on cards catch up.

“There may be a lag, but we don’t think it’s a significant lag,” said RBC chief executive officer Dave McKay, on a conference call Thursday.

Demand for new commercial loans has also been sluggish in Canada, staying relatively flat at RBC, year-over-year, and rising 2 per cent at CIBC. But there are signs that borrowing could be poised to pick up.

“Our clients are telling us that they’re getting ready for the reopening in a very meaningful way,” said CIBC CEO Victor Dodig, on a conference call. The U.S. is “slightly ahead of us on their vaccine rollout and are enjoying an economic boost that we have yet to fully experience here in Canada. That’s a tailwind we can look forward to in the second half of this year.”

One thing banks don’t expect to change is brisk business in mortgage lending. Hot housing markets helped push balances up 12.6 per cent at RBC and 9 per cent at CIBC, compared with a year ago. Banks expect a tougher stress test to qualify for mortgages that takes effect next week will only affect 5 to 10 per cent of borrowers, and have a modest impact.

“You’re not seeing a reduction in demand yet because the supply [of homes for sale] is still low,” Mr. Bolger said.

Should you consider no-fee online banks as a way to minimize bank fees?
May 13, 2021 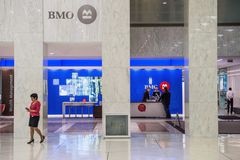 New generation of digital banks bets on minority markets
May 13, 2021 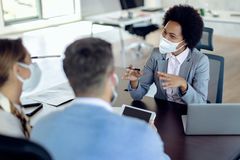