Canada’s decision to sign off on design changes to the troubled 737 Max is raising new questions about Ottawa’s independence from the U.S. Federal Aviation Administration when it comes to certifying aircraft.

After the FAA said in November that it believed Boeing (BA-N) had fixed the plane’s flaws and would unground the 737 Max, aviation experts and families of the crash victims in the United States held out hope that Canada would take a stronger stand against the FAA, delaying its own approval and pushing for more say in how planes are scrutinized.

However, the federal government announced Thursday it had validated the FAA-approved design changes, setting the stage for the plane to be ungrounded in Canada and return to the sky early next year.

Michael Stumo, whose 24-year-old daughter Samya was killed in March, 2019 when a 737 Max crashed in Ethiopia, saw the approval as a sign that Ottawa had backed down. “We had higher hopes for Canada,” said Mr. Stumo from his home in Massachusetts. “From our perspective, they failed,” he said, referring to Transport Canada.

Mr. Stumo, his wife Nadia Milleron, and her uncle – well-known consumer safety advocate Ralph Nader – have been pressing lawmakers around the world for tougher restrictions on new aircraft designs, and to ensure companies like Boeing can’t exert influence over regulators such as the FAA.

The 737 Max, which was involved in two deadly crashes before it was grounded last year, was endorsed by Canada in 2017 through a series of international agreements in which Transport Canada didn’t scrutinize the entire plane directly, but relied on data supplied by the FAA for much of its work.

Ralph Nader: Canada must keep the 737 Max grounded until it is truly safe

Postcrash investigations have determined that the FAA outsourced much of its oversight of the new 737 Max design to Boeing’s own engineers, at the request of the company, in order to streamline the regulatory process. Boeing was found to have misled the FAA and withheld key details about the plane, including the flawed software at fault in both crashes.

Though Ottawa is placing extra precautions on the 737 Max before it can return to service here, such as more pilot training and new cockpit procedures, Mr. Stumo said countries like Canada need to challenge the FAA more, demanding more control over the process, for the safety of the entire industry.

Canadian officials say they have taken all necessary steps to ensure that the 737 Max is now safe. At federal Transport committee hearings last month, the department’s director-general of civil aviation, Nicholas Robinson, said “this should not be seen as a rubber-stamp process.”

Introduced four years ago, the 737 Max was Boeing’s bid to design a more fuel-efficient aircraft to compete with its rival Airbus. The first crash, in late 2018, killed 189 people off the coast of Indonesia. The second disaster, which killed 157 people in Ethiopia, including 18 Canadians, happened less than five months later. Software that was designed to stabilize the plane, but instead forced it into a deadly nosedive when fed incorrect data from a faulty sensor was to blame.

Boeing’s fixes involve software patches and the use of a backup sensor. Transport Canada said its test pilots have flown the new version of the plane. Domestic airline pilots can begin training flights on the revised Boeing 737 Max aircraft in January. However, the 737 Max will not be cleared until the additional conditions, such as added pilot training, are met.

“The commercial flight restrictions for the operation of the Boeing 737 Max aircraft in Canadian airspace remain in effect and will not be lifted until Transport Canada is fully satisfied that all its safety concerns have been addressed,” Transport Canada said.

Among the added measures are new flight-deck procedures that will allow the pilots to disable a “loud and intrusive” alarm known as a stick-shaker, which warns pilots when the plane is pitching upward and is at risk of stalling. In cases where the stick-shaker is triggered by a faulty sensor, pilots can disconnect the alarm. That change comes in response to the postcrash investigations, which found that erroneous stick-shaker alarms distracted the pilots from diagnosing the problems with the plane’s stabilization software, costing them valuable time.

Tim Perry, a WestJet Airlines pilot and president of the Canadian arm of the Air Line Pilots Association, said overriding cockpit warnings is usually “not supported as a best practice” for flying.

“However, there are exceptions when a clear procedure is outlined and when a clear case is made … there are instances where we are okay with that procedure. We support it,” said Mr. Perry, a 737 Max pilot who last flew the aircraft a day before it was grounded in 2019. “It’s an optional procedure done at the crew’s discretion to relieve distraction.”

He said training will be incorporated in pilots’ recertification procedures, likely in January, and will take days, not months. The union was consulted on the changes, and he expects it will take part in formulating the training procedures.

Gilles Primeau, an expert in flight-control systems who testified at federal Transport Committee hearings, said he is not persuaded Boeing has fixed all the problems with the software, and said Boeing hasn’t been forthcoming in the validation process, including with countries like Canada.

Air Canada and WestJet were among the biggest users of the Max, which was Boeing’s best-selling aircraft before it was grounded. Air Canada has 24 Max planes, while WestJet has 13. Due to the collapse in air travel in the pandemic, Air Canada recently cancelled 10 Max orders and delayed the delivery of 16 over the next three years.

The regulatory scrutiny of the plane has focused on patching the faulty stabilization software, known as the manoeuvring characteristics augmentation system, or MCAS. Toronto father Chris Moore, whose 24-year-old daughter Danielle was travelling to work with the United Nations when she died in the Ethiopia crash, said he believes the plane should have undergone a full recertification, rather than just focusing on the MCAS.

The plane will not likely be cleared to carry passengers in Canada until sometime in early 2021. Brazilian airline Gol became the first carrier to resume operating the plane last week and American Airlines plans to resume this month. 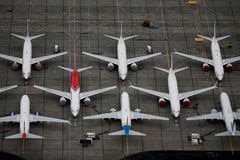 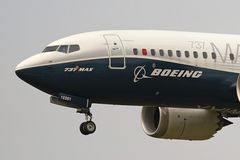