When Conrad Black’s Hollinger newspaper group sold London’s Daily Telegraph for US$1.3-billion in 2004, few people knew much about the buyers – reclusive twin brothers from Britain who lived in a castle in the Channel Islands.

Sir Frederick and Sir David Barclay have long avoided the limelight as they built their business empire that stretches across media, retail and luxury hotels. The eccentric billionaires, who are 85 years old, have relied on their island retreat and the privacy of offshore tax havens as shelters from public glare.

But their private world has now been shattered by public revelations of a family feud that threatens the future of their two main assets: the Telegraph and London’s iconic Ritz Hotel. The dispute broke open in a London courtroom last month, which heard allegations that Sir David’s sons had secretly bugged a conservatory at the Ritz where Sir Frederick enjoyed smoking cigars and talking strategy with his daughter. The one-day hearing also revealed that the families have been at each other’s throats for years with no resolution in sight.

“We all remember Tolstoy saying 'each unhappy family is unhappy in its own way,’” Sir Frederick’s lawyer Desmond Browne told the court. "Here, children of Sir Frederick and Sir David have been at odds concerning the family trusts – and cousin, sadly, has been pitched against cousin.”

In a rare public statement last week, Sir Frederick said that he was “deeply shocked and saddened about recent events involving unethical conduct and intrusion into my privacy.” He added: “I hope we can get these family matters resolved so that we can all move on.”

The feud comes at a critical time for the Barclays. Two of their biggest holdings – online retailer Very and a delivery service called Yodel – lost nearly £300-million combined, or $523-million, in the latest fiscal year and profits at the Telegraph and the Ritz have been shrinking.

The family has been at loggerheads over how to ease the financial pressure, and disputes have broken out over whether to sell the Ritz and the Telegraph. Sir David’s family appears ready to sell the Ritz to a Saudi group for £750-million, but Sir Frederick has threatened legal action if the sale goes ahead.

“There is no place for any sale at less than full value," he said last week. "A sale below the proper value would give rise to further litigation. This would be regrettable. There have been a number of competing offers for this first-class hotel in excess of £1 billion.”

There have also been moves to push Sir Frederick’s daughter Amanda, his only child, out of the business. She’d managed the hotel’s jewellery operation and a family trust for years, but joined the Ritz Hotel’s board last June when talk of a sale heated up. A few months later, Sir David’s son, Alastair, planted a listening device in the hotel’s conservatory to record conversations between Amanda and Sir Frederick, court filings allege.

Sir Frederick discovered the bug on Jan. 13, 2020, when a security camera caught Alastair examining the device. Two weeks later, Amanda and a colleague were kicked off the Ritz board and replaced by two of Sir David’s sons. Sir Frederick then headed to court to seek an injunction preventing his nephews from disclosing the recordings. They agreed to keep the material confidential but everyone is expected back in court again.

Just how the family can resolve their differences remains unclear. The situation has been compounded by Sir Frederick’s pending divorce from his wife of 40 years, Hiroko Asada, which could create more financial uncertainty depending on how assets are divided, and the gradual move by Sir David’s eldest son, Aidan, to take over more daily operations.

It’s a far cry from the brothers’ early days in business when they quit school at the age of 16 and launched a series of ventures in London that eventually led them to flipping distressed buildings and owning a majority stake in some of the city’s finest hotels: Claridge’s, the Connaught and the Berkeley. From there, they branched out into newspapers, buying and selling the Scotsman and then snapping up the Telegraph as Lord Black’s newspaper business became mired in controversy.

The twins were once so close that they bought the tiny island of Brecqhou, one of the Channel Islands, for £3.5-million in 1993 and built a 92-room castle. They even drank from cups and glasses engraved with the initials D&F. But now, the brothers rarely speak and spend their time separately in mansions in London and Monaco.

Mr. Black has been following the dispute from afar and he has nothing but fond memories of the Barclays. He knew Sir David and Aidan best, but he also met “Freddy a few times,” he said in an e-mail. He found them “a pleasure to deal with” and added: “I regret they are having internecine problems and hope they work everything out.” 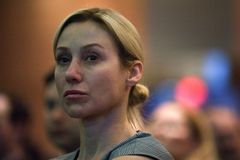 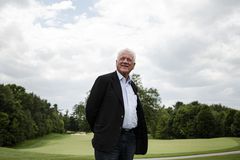 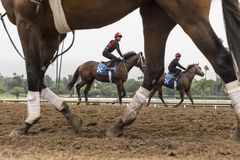