Families, not finances, determined the fate of Torstar Corp. over the weekend, as heirs to five former executives at the media company committed their holdings to a pair of entrepreneurs and a former Ontario Premier, and thereby shut down a bidding war for the 128-year-old publisher.

In a decision that a handful of minority shareholders protested Monday, five families who collectively own 93 per cent of the voting shares in the owner of the Toronto Star newspaper pledged their holdings to NordStar Capital LP on Saturday in a $60-million takeover. Multiple sources involved in the transaction said the families believed NordStar - controlled by Jordan Bitove and Paul Rivett, along with former Liberal politician David Peterson - will best serve the progressive social legacy of long-time Star publisher Joseph Atkinson, who died in 1948.

The Globe and Mail agreed not to identify the sources because they signed non-disclosure agreements as part of the takeover process.

Shutting down the auction meant Torstar may have left money on the table, as a rival bidder for the company emerged last week. Sources said a desire to enshrine what are know as the Atkinson principles of progressive journalism trumped the families’ desire for a few more cents a share in the auction. In a news release Saturday, Mr. Bitove said, “The Toronto Star is a very important pillar of this country, and we intend to do the best we can to ensure this Canadian institution thrives for another hundred years.”

Torstar put itself up for sale in January by hiring investment bank Markenz Group Capital Partners to approach potential buyers. During the auction, the single largest owner of the company’s non-voting shares, insurer Fairfax Financial Holdings Ltd., consistently told the Torstar board that it planned to support the families’ ownership decision, according to sources. In February, Fairfax told Torstar’s board it was willing to sell its stake for NordStar’s initial offer of 56.6 cents a share, according to Torstar regulatory filings.

After the families elected to commit their voting shares to NordStar on Saturday for 74 cents a share, Fairfax followed suit. Fairfax owns 40 per cent of Torstar’s non-voting stock, a stake acquired over many years at prices significantly higher than the takeover offer. Mr. Rivett is the former president of Fairfax; he left the company last year and joined NordStar in March.

The families’ decision to accept NordStar’s bid trumped a 72-cent offer from a rival private equity group, Canadian Modern Media Holdings Inc., and also precluded another round of bidding. CMMH is made up of investment banker Neil Selfe, Dye & Durham Corp. chief executive Matthew Proud and his brother Tyler Proud. Matthew Proud is bidding for Torstar at the same time he stages an initial public offering for law technology provider Dye & Durham.

Their offer included a prominent role for former Ontario Liberal finance minister Greg Sobara, who was enlisted to meet the families’ concerns with honouring the Atkinson principles. Mr. Selfe said on Sunday his group was prepared to offer 80 cents a share for Torstar.

“The main question now is, why would the big shareholders (Fairfax and others) shun the better deal that was offered?,” said Torstar non-voting shareholder David Desilva said in an e-mail on Sunday. He was one of several shareholders to suggest regulators such as the Ontario Securities Commission should review the takeover, overturn the lockup agreements and allow another round of bids.

On Monday, a spokesperson for the Ontario Securities Commission said, “As a matter of general policy, we’re unable to confirm or comment on the existence, status or nature of any complaint, review or investigation.” Torstar shareholders are expected to vote on the NordStar offer on July 21.

In the past, Canadian regulators and courts have allowed controlling shareholders to decide takeover battles, and in one landmark case, allowed a family to sell a public company to a buyer that didn’t offer the best price. The Ontario Court of Appeal ruled the family who controlled meat producer Schneider Corp. could sell the company to U.S. hog processor Smithfield Foods, even though Canadian rival Maple Leaf Foods offered a significantly higher price to all shareholders.

The deal played out in 1997. Maple Leaf eventually bought the business back from Smithfield in 2004. 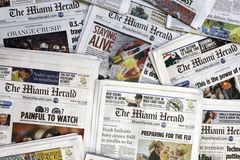