The contrarian idea is to invest in 10 to 15 under-capitalized companies that have been ignored by institutional investors amid a structural shift in Canadian capital markets. And rather than competing against private equity investors, FAX is looking mainly for public companies whose valuations have lagged the broader market.

The company raised $190-million in November, $120-million of which came from the Toronto-based Driscoll family, which sold Sentry to CI Financial Corp. in 2017 for $780-million. FAX listed on the Toronto Stock Exchange in November and plans to begin deploying capital in the coming months, with 60 per cent to 80 per cent earmarked for public company investments.

"I don’t know how many people actually understand the true depths of our Canadian markets, because traditional institutions like mutual fund manufacturers and large pension funds, they’re really focusing their investments on much larger businesses, typically [with market capitalization] well in excess of $1.5-billion,” said Blair Driscoll, FAX’s chief executive.

While many of Canada’s thousands of small cap companies are resource businesses of questionable investment quality, there are also hundreds of successful and growing companies listed on the TSX that nonetheless find it hard to attract investment, Mr. Driscoll said. That’s because of a variety of factors shifting capital “up market” or into the private space, he said.

Take mutual funds, for instance. "Their structure isn’t conducive to investing in less liquid companies, because they offer daily redemptions, they’re open-ended, and they can’t structurally really attack that space. ETFs [exchange-traded funds] can’t really invest in that space either because of liquidity,” Mr. Driscoll said.

Smaller funds that used to focus on small-cap investing have largely been squeezed out of the market by declining fees, higher regulatory costs and a growing preference for passive investment strategies that favour large-cap stocks, he added.

At the same time, the growth in private equity investing has funnelled capital toward private companies.

This creates arbitrage opportunities as the price of private assets gets bid up compared with out-of-favour public assets, said Nickolas Lim, FAX’s co-managing director, who joined the company after working in private equity for Brookfield Asset Management Inc. and Hamblin Watsa Investment Counsel.

"When you talk to the owner of a private company, let’s say a $200-million private company, he’ll say every week he gets calls from private equity and pension funds guys from the U.S. asking, ‘Are you for sale?’ When you look at a public company that’s $200-million, the CEO of that company is complaining that nobody wants to buy his stock,” Mr. Lim said.

“But they’re often the exact same: They have the same margin profile and the same growth characteristics,” he said.

The company is even looking at an inverse of the traditional buy-private/take-public strategy, in which FAX would buy public companies, take them private and sell them on to private equity investors.

All of this is dependent on finding quality assets at reasonable prices. That can be hard in other parts of the public markets, but not in the Canadian small-cap space, Mr. Driscoll said.

“Even though these companies have grown 10, 15, 20 per cent, their valuations and their multiples haven’t appreciated the same way that their larger peers have. So from our standpoint, regardless of this bull market ... we don’t see the same type of egregious valuations,” he said. 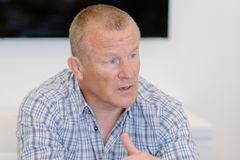 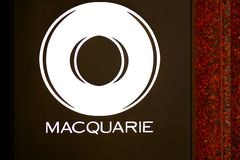 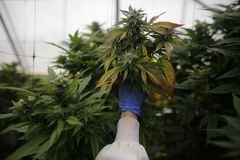