The U.S. Federal Reserve has made its first emergency rate cut since the financial crisis and the Group of Seven nations pledged to “use all appropriate policy tools” to protect the global economy against a COVID-19 outbreak that is accelerating in the developed world.

Tuesday started with the promise from the G7 finance ministers and central bankers, although it lacked co-ordinated action, which many – including those on Bay Street and Wall Street – had expected. Hours later, the U.S. central bank cut its key interest rate to help the world’s largest economy cope with mounting coronavirus concerns.

“The fundamentals of the U.S. economy remain strong,” the Fed’s rate-setting committee said in a statement. “However, the coronavirus poses evolving risks to economic activity.”

In a unanimous decision by its rate-setting committee, the Fed reduced its rate by 50 basis points to a range of 1 per cent to 1.25 per cent. The Fed made its decision before its policy meeting on March 17 and 18, the first time it has made an unscheduled rate cut since 2008.

In Ottawa on Wednesday, Prime Minister Justin Trudeau will announce a special cabinet committee to focus on issues related to the coronavirus, including the economic and health effects, a government source said on Tuesday.

Stock markets initially reacted favourably to the Fed decision, but gains quickly evaporated. The S&P 500 finished the day down 2.8 per cent, the Dow Jones Industrial Average fell 2.9 per cent and Canada’s S&P/TSX Composite Index dropped 0.8 per cent. Investors fled to safety in the bond market and briefly pushed the 10-year U.S. Treasury yield below 1 per cent for the first time in history.

“It almost seemed like the Fed was trying to pull a little surprise on the markets,” Bank of Montreal chief economist Douglas Porter said. He noted, however, that traders in the options market had already factored in rate cuts in several countries, and that perhaps the market was looking for a complementary push of fiscal stimulus.

“There’s only so much the Fed can do,” Mr. Porter said. “Clearly, interest rates are not the block to the economy."

Even so, the Bank of Canada is widely expected to cut its own rate on Wednesday for the first time since 2015. Traders are already expecting a 25-basis-point rate cut, and there are increasing bets the bank will match the Fed with a 50-basis-point move of its own.

While the G7 didn’t unveil any policy responses on Tuesday, it did present government stimulus as a firm possibility.

“Alongside strengthening efforts to expand health services, G7 finance ministers are ready to take actions, including fiscal measures where appropriate, to aid in the response to the virus and support the economy during this phase,” the group said.

A spokesperson for Finance Minister Bill Morneau said the impact on the Canadian economy of COVID-19, the disease the coronavirus causes, will depend on the length of the outbreak and its geographical spread.

“Minister Morneau wishes to reassure Canadians that our strong fiscal position continues to give us the necessary leverage to respond to potential challenges if needed,” Maéva Proteau said in a statement.

A recent report by the Parliamentary Budget Office found that the federal government has room to increase spending or cut taxes by as much as $41-billion a year while maintaining a stable debt-to-GDP ratio. In response to the COVID-19 outbreak, government stimulus could take the form of higher spending, targeted tax breaks or both.

“We probably need some loosening of fiscal policy, especially by those countries that can do it," Mr. Porter said. "I would say Canada can loosen up a little bit.”

The Fed’s decision on Tuesday drew a mixed reaction.

“I think they did the right thing, getting ahead of this,” U.S. Treasury Secretary Steve Mnuchin told the House ways and means committee on Tuesday morning.

Mr. Mnuchin, a member of the U.S. coronavirus task force, said Washington is preparing potential fiscal responses to boost economic growth, suggesting they could include support for small businesses and a focus on increased federal spending on infrastructure.

However, U.S. President Donald Trump said on Twitter the Fed must reduce interest rates further. His view is echoed by traders that are expecting two additional 25-basis-point cuts by the summer, including one after the Fed’s scheduled policy meeting in two weeks.

Fed chair Jerome Powell left the door open to further easing, but said the U.S. economy would need a broader response beyond what the central bank could offer.

“We do recognize a rate cut will not reduce the rate of infection, it won’t fix a broken supply chain. We get that,” Mr. Powell said at a news conference on Tuesday. “But we do believe that our action will provide a meaningful boost to the economy.”

However, during Mr. Powell’s address, the stock market reversed course and turned negative. The bond market, meanwhile, is suggesting trouble ahead for the economy as yields – which move opposite to prices – plumb new lows.

“The yield on the 10-year Treasury note has plunged below 1 per cent, and equities are in free-fall," Gary Shilling, an economist and president of A. Gary Shilling & Co., said in a brief note. "If this doesn’t foretell a global recession and further big declines in equity prices, I don’t know what would.” 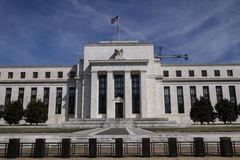 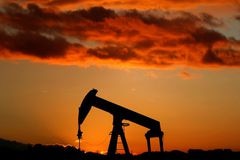