Patrick BrethourTax and Fiscal Policy Reporter
Published May 7, 2021 Updated May 7, 2021
For Subscribers
Comments
Text Size
Please log in to listen to this story. Also available in French and Mandarin. Log In Create Free Account

Nestled inside the federal budget is a graph showing Canada’s debt burden peaking later this decade and then gently declining to prepandemic levels over the next three decades.

On paper, it looks like an illustration of a steady if unhurried return to fiscal stability, and a validation of the Liberals’ spend-more-to-grow-more strategy.

The graph, under the headline Investing to Grow the Economy, shows the ratio of debt to gross domestic product dropping slightly below the levels of fiscal 2018-19 by 2055, reversing the sharp spike of the past 14 months. As the chart below shows, a baseline scenario without new spending results in a slower decline in the debt burden. But under the scenario with “growth-enhancing spending,” tens of billions of dollars in spending, including for child care, boost economic growth and shrink the relative debt burden more quickly.

But that comforting scenario rests on some optimistic to highly optimistic long-term assumptions about productivity growth, economic expansion, interest rates and inflation. If all of those factors don’t turn out as favourably as the Finance department is forecasting, then that steady march to stability could instead turn into a permanently elevated debt burden – or even an upward spiral.

The Parliamentary Budget Officer and others are already sounding a warning. In a report issued this week, the PBO said the government’s short- and long-term projections suggest that Ottawa “has decided to effectively stabilize the federal debt ratio at a higher level, potentially exhausting its fiscal room” in coming decades. That would mean substantial new permanent spending would either entail higher taxes, a rising debt burden or offsetting spending cuts.

Economist Don Drummond, a former senior Finance official, said he would not characterize the projections as inaccurate but rather “skewed toward optimism” in order to arrive at an end point of the ratio of net debt to GDP gradually falling to 30 per cent. “I think that was reverse engineered,” he said.

One of the most optimistic assumptions from Finance is that for labour productivity growth. Much of the debate around Canada’s long-term growth potential and fiscal capacity centres on how, or even if, labour productivity can be boosted to match the halcyon days of the 1960s and 1970s.

The gap between Finance’s forecast and recent history might not seem that large, but compounded over decades, it amounts to a big difference. And, notably, that rosy forecast for productivity growth excludes the effect of the spending, including billions of dollars for expanded and less expensive child care, that the government says will deliver a boost to labour force participation rates. So the gap between historical rates and the forecast is certainly larger, even if not spelled out.

Alex Kotsopoulos, partner and an economist with RSM Canada, said any long-term increase to Canada’s productivity will entail tackling major and long-standing issues such as interprovincial trade barriers and infrastructure deficits.

But he noted that the federal government’s spending plans will help to address some of the economic inequalities that the pandemic highlighted, including lower labour force participation rates for women. Reducing those inequalities, including through child care spending, could help to increase productivity growth, he said.

There is a similar issue with the projections for GDP growth, if less pronounced. Finance is forecasting average growth in nominal GDP of 3.9 per cent between 2025 and 2055 for its baseline scenario. That’s not far off the long-term forecast by the Parliamentary Budget Officer, whose modelling contemplates an average growth rate of about 3.7 per cent in that same span of time. But the government’s projections add another 0.2 percentage points on top of its baseline projection for a total average growth in GDP of 4.1 per cent.

In other words, the government is assuming that the spending it announced last month will permanently boost economic growth rates for decades.

Mr. Drummond said even a small tweak to growth assumptions creates a much different outlook. He created a model with a lower nominal GDP growth rate of 3.5 per cent, and effective interest rates gradually rising toward 3.5 per cent. The result: The ratio of net debt to GDP rose to 61 per cent by 2055. “You don’t have to change the numbers very much and you totally and radically change the view.”

There is a similar tension with the forecast for the average effective interest rate on federal debt. Finance forecasts that as slowly rising from 2.1 per cent in 2025 to 3.3 per cent in 2055 under its baseline scenario. Yet, that forecast doesn’t change under the higher growth scenario.

Essentially, the Finance department is postulating a world in which all the gains in economic growth in its higher growth outlook are non-inflationary, resulting in no additional upward pressure on interest rates in the next three decades. However, Mr. Kotsopoulos said Ottawa’s fiscal capacity is hardy enough to withstand an increase in interest rates. “We’re not in the 1990s any more.”

Rebekah Young, director of fiscal and provincial economics at Bank of Nova Scotia, said such long-term forecasts “give a directional sense at best,” noting that the Finance forecast doesn’t contemplate the effect of disruptive economic events, such as recessions. “What happens when the next one comes?”

For Mr. Giroux, the PBO, one of the biggest issues with the forecast is the assumption that there will be no major new government spending initiatives for the next three decades. That, he observed, would be unprecedented.

How deferring the OAS just got a little more lucrative
Subscriber content
May 3, 2021 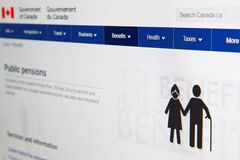 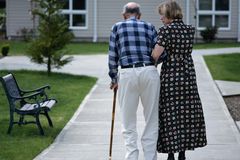 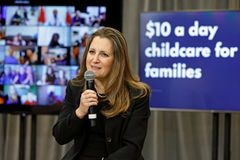