The federal government has fired back against airlines in a legal battle over its new passenger rights law, saying it has the authority to make rules on how the carriers deal with delayed customers, cancelled flights or lost baggage.

The Attorney-General of Canada, responding to an application by the airline industry to overturn the new rules in the Federal Court of Appeal, said the rules that cover all carriers flying into, out of and within Canada fall within the government’s regulation-making authority, and were written after extensive consultation.

The new regulations are going into effect in two stages – the first set is in force as of July 15, while the second part kicks in on Dec. 15. The rules set minimum compensation for delayed or bumped passengers and lost luggage, in addition to limiting the amount of time airlines can make boarded passengers wait on the tarmac to three hours.

The leave to appeal, filed by industry group International Air Transport Association, Air Canada, Porter Airlines and several foreign carriers, argues the standardized compensation exceeds passengers’ actual losses, and that Canada does not have the authority to impose regulations on foreign airlines.

The court has not yet ruled if it will grant the application to appeal the rules.

The Canadian Transportation Agency wrote the regulations after being granted authority by Transport Minister Marc Garneau, who said in 2016 he would take steps to address issues of safety, competitiveness and customer experiences in the transport industries under his watch.

Passenger regulations that went into effect on July 15 require airlines to compensate passengers up to $2,400 if they are denied boarding for reasons within the carriers’ control; to pay as much as $2,100 for lost or damaged luggage; and to write clear policies on carrying musical instruments.

Beginning Dec. 15, customers whose flights are delayed or cancelled due to non-safety reasons within an airline’s control will be entitled to as much as $1,000. Airlines are required to refund fares to passengers whose flights are delayed, or to rebook them on a competing airline if needed. Airlines also must seat children younger than 14 near their parents at no extra cost.

The rules establish new standards for handling passenger complaints, replacing a patchwork of federal regulations and airline policies that varied and were often negotiated complaint by complaint.

Marc Roy, chief of staff for Mr. Garneau, said the government delayed the implementation by two weeks because the airlines are still struggling to cover their scheduled flights with the Boeing 737 Max planes, grounded since March after two fatal crashes that killed 346 people.

The rules are also being contested by two advocates for the rights of airline passengers and of disabled people. They say a new rule that allows tarmac delays of three hours violates the rights of disabled people by denying them the ability to use an accessible washroom in the airport terminal and by extending their time in plane seats that endanger their health.

In response, the Attorney-General’s office said in its court filing it has the authority to make the three-hour rule, and that the passenger advocates’ argument in an appeal is “bound to fail.”

Mr. Roy said before the three-hour limit was in force, there were no universal rules on how long airlines could make passengers wait on the tarmac. Some had a maximum 90 minutes, while others did not address it. The rules also set standards of care for passengers stuck on the plane, including providing access to bathrooms, water, food, constant communication, the ability to communicate with the outside world and comfortable temperatures.

“How is the passenger better served if the airplane has to go back to the gate, unload everyone and get them back into the terminal to meet a strict 90-minute limit of tarmac delay, only to … then have to re-embark the plane only to go back to that lineup for de-icing?” 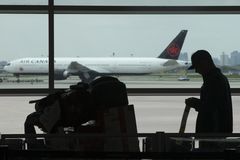 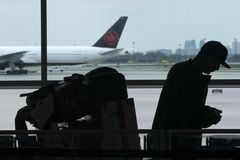 What you need to know about Canada’s new air passenger rights
July 22, 2019 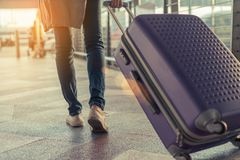