When Armen Bakirtzian’s startup developed technology in the early 2010s to improve the outcome of hip-replacement surgeries, 12 orthopedic surgeons at five Ontario hospitals helped it get the product right.

But after nine months of trying to sell the finished product – a miniature navigation system used during surgeries to better select and align implants – to the same five hospitals, his Kitchener, Ont.-based Intellijoint Surgical Inc. gave up.

“The surgeons were champions of our product, [but] they had very little influence over purchasing decisions,” said Mr. Bakirtzian, the company’s chief executive. So he turned his attention south. Now, 90 per cent of Intellijoint’s business comes from the United States and the rest from Australia, where doctors have used his system in more than 10,000 operations. “It pains me to not have any [business] in Canada; it’s slightly embarrassing,” he said.

Mr. Bakirtzian’s story is all too familiar in Canada, where medical-technology (medtech) startups typically struggle to sell in their own backyard despite the country’s reputation for breakthroughs, including the discovery of insulin and creation of the pacemaker. A federal government pilot project is aiming to change that.

On Monday, Small Business Minister Mary Ng will announce Ottawa is investing up to $20-million to create a network comprised of eight health-care institutions in Ontario, including Trillium Health Partners, Sunnybrook Health Sciences Centre and University Health Network, and five in Western Canada anchored by the Saskatchewan Health Authority.

The goal is for the institutions to work collectively through the network to become early adopters of homegrown medical technology and “unlock a new health-care economy … and to scale Canadian companies so they have a local market and can compete globally,” said Trillium chief of staff Dante Morra, the driving force behind the project.

“This is about creating a domestic integrated market,” Ms. Ng said. “I’m a big fan of being practical and pragmatic. … That’s what this is.”

Under the project, Dr. Morra said, the partners will each put forward various problems they are looking for Canadian innovators to solve. The focus will be on medical devices and software, not drugs. Once one institution validates and agrees to buy the technology, the startup will then be able to sell to the other network partners “without having to go through another procurement cycle,” Dr. Morra said. “The initiative is a buying group that is buying innovation.”

The pilot targets a problem that’s a byproduct of Canada’s public health-care system, which “is very efficient and good at buying commoditized health-care products,” said Brian Courtney, a cardiologist at Sunnybrook and CEO of Toronto’s Conavi Medical Inc., a developer of medical devices that provide images from inside the heart during procedures such as angioplasties.

But that cost-consciousness breeds risk aversion. “We tend to be relatively late adopters of technologies compared to other jurisdictions,” he said. “There is no financial incentive [in Canada] to use newer technologies that might improve care” – despite the longer-term impacts, including lower overall health-care costs the innovations may bring.

That is borne out in several studies, including an October, 2018, paper by the University of Toronto’s Impact Centre, which found “the [Canadian] health-care system is not aligned to purchase the innovation that comes out of the health tech system, and in fact, can act as a brake on innovation.”

By contrast, doctors and institutions in the private U.S. health-care market are likelier to try and adopt new technologies to stay competitive. That leaves many Canadian medtech startups with a choice: spend precious time and money working with potential domestic customers without knowing if it will lead to revenue, or focus abroad. Many choose the foreign route because “it’s very irresponsible for companies to spend limited resources on an uncertain outcome,” Intellijoint’s Mr. Bakirtzian said.

Making the Canadian system more friendly to innovators would require changes to procurement practices and reimbursement schedules, and a broader culture shift by provincial health departments to see themselves as not only providers of care, but also stimulants of domestic economic activity.

In the absence of such broader changes, Mr. Bakirtzian said he welcomed the pilot as a “hack to the system” that could benefit startups such as his. “I’m more hopeful about this program than I have been for other” government initiatives to support medtech startups. “We have confidence there’s something different here. It’s an exciting pathway we’re willing and happy to go down.” 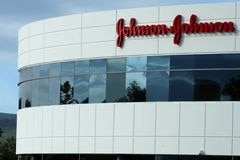 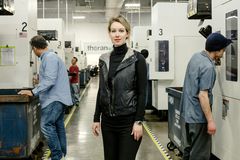