Telesat, founded in 1969, already operates a fleet of geostationary satellites, which remain fixed over a service area, 36,000 kilometres above the Earth.

Lightspeed will enable broadband internet and LTE and 5G connectivity in Canada starting in 2024, ultimately connecting approximately 40,000 households in rural and remote regions, the company said in a news release.

The financing will come in the form of a $790-million repayable loan and $650-million in preferred shares, from which the government would receive dividends. Ottawa will also get warrants that can be converted into common shares. Telesat plans to go public on the Nasdaq stock exchange some time this year, and could list on the Toronto Stock Exchange after that.

The announcement comes days before the Liberal government is expected to call a fall election, and follows years of industry and government pledges to provide high-speed internet to rural households.

“We’ll be able to connect some Canadians, but the available market for Telesat is much, much bigger than that,” Innovation Minister François-Philippe Champagne said in an interview. The priority, he said, is investing in Canada’s aerospace industry, and ensuring Canadian companies remain competitive in the satellite service market.

“For an investment, which is mainly through debt, we’re getting north of $5-billion of economic activity over the next decade,” he said.

Mr. Champagne said the financing has been in the works for months.

“I don’t think anyone involved in this is thinking about whether or not there might be a general election,” said Mr. Champagne. “Not really from our perspective, but if you’re looking at [Telesat’s] perspective, they’re looking at what their U.S. competitors are doing and how quickly they’re putting satellites in orbit. I think the timing of this is more in line with what you see competitors doing.”

Telesat also attracted $400-million from the Quebec government earlier this year – half for shares and half a loan – and announced a $109-million partnership with the government of Ontario in early August. Currently, Canada’s Public Sector Pension Investment Board and Loral Space & Communications Inc. are the company’s main shareholders.

In 2019, the Liberal budget included $1.7-billion in funding for broadband infrastructure, including the Universal Broadband Fund to support broadband projects across the country, support for LEO satellite capacity and two new Statistics Canada surveys to measure broadband usage.

But Ben Klass, a PhD candidate at Carleton University’s School of Journalism and Communication who studies communication policy, said the government should be aware of the risks of a capital-intensive project such as Telesat’s LEO constellation. He points to the maintenance costs and possible damage to the environment.

“This isn’t the first time someone’s tried LEO satellites, and there have been a number of failures. It’s not as if once you’ve brought the satellites into the air, they’re going [to] be there forever,” said Mr. Klass.

The satellites also need physical infrastructure on the ground to deliver broadband, meaning further cost to develop connectivity, he said.

The COVID-19 pandemic has intensified calls for more equitable internet connection. According to the CRTC, just 45 per cent of Canadian households in rural areas have broadband speeds of at least 50 megabits per second (Mbps) for download, 10 Mbps for upload and access to unlimited data. The government set a target of providing everyone in Canada with access to high-speed internet at minimum speeds of 50/10 Mbps by 2030.

The satellites that make up Telesat’s US$5-billion LEO constellation are being made by French-Italian aerospace manufacturer Thales Alenia Space. Telesat announced in February it has chosen MDA Ltd., a long-standing Canadian space robotics company, to produce antennas for the satellites.

Telesat has committed to $3.6-billion in capital expenditures in Canada, as well as $1.6-billion in Canadian operating expenses over the next 15 years.

“Today’s announcement is about building a strong future for Canada,” Deputy Prime Minister Chrystia Freeland said in a release. “It strengthens our position as a global leader in the technologies of tomorrow and helps ensure that all Canadian communities have access to the critical infrastructure that is high-speed Internet.”

Telesat is among many providers that are developing LEO technology. Elon Musk and Jeff Bezos have both launched projects. Musk’s Starlink LEO, though SpaceX, has already put more than 1,000 satellites into orbit and started offering services to Canadians. Amazon’s Project Kuiper aims to create a network of 3,236 satellites to provide internet across the U.S.

OneWeb, a London-based space internet venture, has also launched some of its 648 planned satellites, and expects to offer global service in 2022.

Telesat said it will boost its Canadian work force to 700 people, and support postsecondary students through 100 co-op jobs and $800,000 in scholarships, with a focus on women in STEM programs. 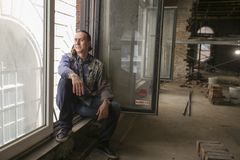 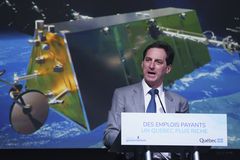 OneWeb to launch broadband services in Canada by end of the year
Subscriber content
March 28, 2021 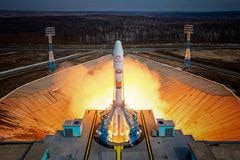