The federal government plans to clamp down on “patent trolls” and help train Canadian innovators to compete more effectively against global tech giants as part of its intellectual-property (IP) strategy to be unveiled Thursday.

The strategy, details of which have been obtained by The Globe and Mail, will be announced at an event in Ottawa to commemorate World Intellectual Property Day.

It is already being hailed as a success by former Research In Motion chairman and co-chief executive Jim Balsillie, Canada’s most vocal and persistent advocate for government to step up efforts to equip Canadians with the tools necessary to operate in a global economy increasingly shaped by patented technological advances.

“This is a first step towards an innovation strategy,” said Mr. Balsillie, whose former company settled a lawsuit filed against it by patent holding company NTP Inc. in 2006 by paying NTP US$612.5-million.

“[Intellectual property] is the currency for the knowledge-based economy, so these measures will go a long way toward building Canadian capacity in the 21st-century global economy. Innovation without an IP strategy is philanthropy, which is what Canada has been doing over the last 20 years,” Mr. Balsillie said.

The government plans to table legislation to regulate IP agents and to prevent bad behaviour by so-called trolls – paper firms that exist to buy patents and use them to shake down innovative companies for lucrative licensing income by claiming they infringe on their IP.

Ottawa will also help firms and Canadians learn about the importance and value of IP through education and awareness efforts and by providing IP advice to firms through legal clinics. As part of the strategy, the government will work with Indigenous Canadians to hone their knowledge about IP.

“Creating more in your own house and limiting your competitors’ ability to come after you are two strategies every scaling company needs to think about … because this is the reality of international business,” said Waterloo, Ont.-based patent lawyer Jim Hinton. “If you don’t, you’ll be subjected to lawsuits that will be a huge tax on your company and strategic focus” – as happened when Waterloo tech firms D2L Corp. and Sandvine Inc. and RIM (now BlackBerry) were sued for patent infringement.

Ottawa is aiming to cut the cost and time of settling IP disputes, introduce online “portals” to reduce the cost of accessing public sector IP, push for greater Canadian participation in international standard-setting bodies and create a “patent collective” that would pool and hold IP that small and medium Canadian firms could license to protect themselves from lawsuits. The government revealed some details of its IP strategy in the budget in February. It committed $85.3-million over five years with funds earmarked for the patent collective and strategic tools including an “IP marketplace” where public sector-owned IP would be made available for businesses to license.

The proposed measures “are fairly important, because a lot of companies I talk to don’t even know where to go and don’t have the big picture” on IP, said Peter Cowan, an IP consultant based in Victoria. “IP is more than filing patents, it’s about thinking how to grow your company and position it for venture capital. An online portal will [educate] and hopefully encourage companies to use IP as one of their growth pillars.”

IP has increasingly become a cornerstone of the global economy. Former U.S. president Barack Obama called it “America’s greatest asset” in a 2010 speech, while the U.S. Chamber of Commerce has estimated three-quarters of American exports are IP-based. But IP assets are vastly different than traditional physical assets, where infrastructure, supply chains and movement of goods across borders determine their value, and where trade liberalization increases competition and reduces prices.

By contrast, the value of IP – particularly in software – is determined by governments granting exclusive rights to restrict access to the assets. IP can be accessed by millions of people s imultaneously , making it hard to determine where it originates or controlling its movement across borders. Strong protections decrease competition, increase prices and have helped support the creation of “winner-take-all” digital businesses.

The world’s software giants are armed with thousands of patents and patent lawyers to protect their valuable knowledge-based interests: Alphabet Inc. and Apple Inc. spent more acquiring patents and litigating them than they did on research and development in 2011. That year, Google bought Motorola Mobility for US$12.5-billion primarily to improve its IP position in the wireless market.

Meanwhile, IP advisory firm Ocean Tomo LLC has estimated intangible assets such as IP accounted for 84 per cent of the value of companies on the U.S. S&P 500 Index in 2015, up from 32 per cent two decades earlier.

By contrast, the Canadian government repeatedly heard during consultations that Canadians innovators have a weak understanding of the importance of IP, matched by a low priority placed on IP protection by Ottawa. The cost and complexities of building patent war chests to defend and stake out their corporate interests were also seen as barriers.

That is consistent with the view Canadians are good inventors but poor at building successful home-grown businesses around their creations. Government data show the increase of global patent applications by Canadians has outpaced both GDP and export expansion by a factor of about two to one. “Revenue in technology comes from making people pay you for your IP,” said Mr. Balsillie. Only one Canadian company, BlackBerry, ranks among the list of the world’s top 300 IP owners.

A recent report by the Council of Canadian Academies on the state of research and development in Canada showed the country has a problem with patents draining out of the country, with 26 per cent of patented work in technical sectors leaving Canada in 2014, down from 4 per cent in 2003. Meanwhile, Canadians paid twice as much to use IP in 2015 as the country received in incoming payments.

Many Canadian inventions, including the touch screen and search engine, have been commercialized by foreign companies, while most of the top patent filers in Canada in the area of artificial intelligence are foreign companies, despite the fact Canadian research scientists achieved many of the key breakthroughs in the field, according to a recent article in the IAM patent journal. Google chairman Eric Schmidt went so far as to thank Canadian Prime Minister Justin Trudeau in person at a company event last fall for the fact Canadians “invent[ed] all this [artificial intelligence] stuff, because we now use it throughout our entire business, and it’s a major driver of our corporate success.”

“Every industry will be a digital industry whether they know it or not,” said Maithili Mavinkurve, co-founder of Toronto AI firm Sightline Innovation. “If Canadian companies want the rights to operate and ensure we have commercial success that needs to be embodied in IP.” 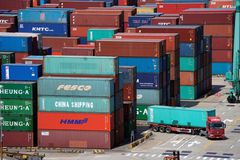 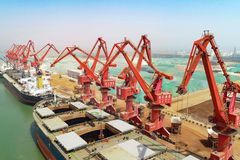