Ottawa is set to investigate allegations that Restaurant Brands International Inc. has failed to honour commitments made to gain federal approval to buy Tim Hortons.

The investigation comes in response to a request from dissident franchisees who claim the parent company’s infractions have led to safety concerns and squeezed restaurant owners’ profit.

Navdeep Bains, Minister of Innovation, Science and Economic Development, will look into alleged breaches of the promises that Tim Hortons’s new foreign owner made in 2014 to get the green light for the acquisition, Karl Sasseville, a spokesman for the minister, confirmed on Thursday.

Read more: How Tim Hortons lost its connection with the Canadian public

“W‎e’re aware of the concerns raised by the franchisees and looking into them,” he said.

The battle between franchisees and RBI has been escalating since Brazilian firm 3G Capital acquired Tim Hortons in late 2014, merged it with its Burger King chain to form RBI and quickly applied its signature 3G cost-cutting measures to the business, angering many Tim Hortons franchisees.

The commitments made in 2014 include not increasing franchisee rents and royalties for five years; keeping levels of staffing for franchisee operations; maintaining the company’s financial contribution to renovations; applying industry best practices on matters such as safety; and maintaining its franchisee advisory board’s policies. These undertakings were necessary for 3G to get the regulatory nod for the takeover under the Investment Canada Act.

Mr. Bains was responding to an April 3 letter from franchisees who said their parent, RBI, has effectively raised franchisee rents and royalties by shifting costs for their supplies and general administration to them, while no longer paying half the tab of restaurant renovations.

RBI management’s cost cutting has “caused deterioration in the character and quality of certain equipment, materials and protective devices, coffee pots, coffee containers and carry out trays, required to be used by Tim Hortons,” says the letter from the Great White North Franchisee Association (GWNFA), which was formed a year ago to represent restaurant owners’ grievances.

“The franchisees are increasingly concerned with RBI’s self-serving attempt to significantly increase its margins at the expense of the franchisees.”

The initiatives helped boost the company’s bottom line and stock price – until last October – but were met with resistance from many Tim Hortons restaurant owners, who had run lucrative businesses that were something of a cultural icon in Canada. Last year, RBI also purchased U.S.-based Popeyes Louisiana Kitchen Inc.

RBI spokesman Patrick McGrade said the company has reported to Ottawa annually on meeting its undertakings without complaint. And the company hasn’t been notified of any inquiries from the government or the minister, he said. RBI in the past has denied cost-cutting has led to safety issues or added financial burden for franchisees.

The franchisee association, which has said its membership has been as high as 70 per cent of Canadian franchisees, estimates franchisees’ average 2017 revenue per location dropped 2.4 per cent from a year earlier, the letter from association lawyer Peter Proszanski of Himelfarb Proszanski says. The Globe and Mail obtained a copy of the letter.

It says RBI appears to be trying to get rid of small franchisees in favour of ones that own multiple restaurants. The company has denied that.

And it says RBI is one of the few restaurant franchisors that failed to put through appropriate price increases this year to cover the costs of increased minimum wages in Ontario. As a result, some small franchisees already have been forced out and remaining ones will see their average restaurant’s annual profit shaved by between $150,000 and $300,000, it says. Tim Hortons faced angry protests in January when some franchisees scaled back their employees benefits to try to make up for higher wage costs.

David Hughes, president of GWNFA, said in an interview the federal review is an encouraging first step to help resolve franchisee problems. “GWNFA has been the only group advocating for the Canadian franchisees and trying to salvage this great Canadian icon from the egregious management policies and practices that RBI has put in place.”

The association’s letter says RBI discontinued Tim Hortons’s previous practice of paying half of renovation costs and requires franchisees to use “outrageously expensive contractors” for renovations, resulting in those expenses more than doubling for franchisees since the RBI takeover. Now, RBI has announced a $700-million restaurant renovation project over the next four years whose costs the franchisees will have to carry in full, it says.

It points to sub-par equipment such as coffee pots and trays. “Such acts and omissions have and continue to result in increased incidences of injury to front line workers and increased workers compensation claims, all while the cost of such paper and other products has significantly increased for its franchisees,” the letter says. “These issues are of great concern to the association and are materially damaging to Tim Hortons’ brand and goodwill.” 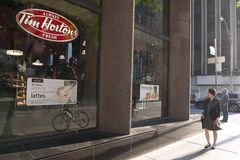 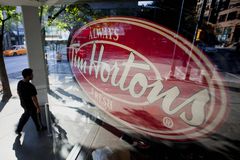 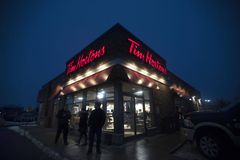