Three crucial decisions on coal mining over the past week have cast doubt on the future of the industry in Alberta, as the public backlash against new coal projects continues.

Then, on Thursday, a joint federal-provincial regulatory panel rejected the proposed Grassy Mountain metallurgical coal mine in Alberta.

While the Alberta government won’t speculate on what the decisions mean for the future of coal development in the province, environmental groups say they reflect a much-needed global shift away from the two types of coal: thermal, which is burned to generate electricity, and metallurgical, used in steelmaking.

The Grassy Mountain project is owned by Riversdale Resources Ltd., a subsidiary of Australian mining giant Hancock Prospecting, and was set to be operated by Riversdale subsidiary Benga Mining Ltd. It was on the site of an old mine that closed in the 1960s, and forecast to produce around 93 million tonnes of metallurgical coal over its 23-year mine life.

But a joint review by the Alberta Energy Regulator and the federal Impact Assessment Agency found the project would likely result in significant adverse effects on the environment and on some First Nations.

The Piikani Nation, east of the proposed mine, was vocal in its support for Grassy Mountain.

Even so, the panel concluded the adverse effects of the project outweighed any economic benefits. It said the mine was not in the public interest, and denied the application.

Riversdale is consulting with legal counsel to review its options.

Ian Urquhart with the Alberta Wilderness Association (AWA), admits he was surprised with the decision. He expected the panel to approve the project with a raft of conditions. Instead, it delivered a “landmark decision.”

“I think it’s a really strong statement and should scare the bejesus out of companies that are thinking they’re going to be able to just breeze their way through an environmental assessment process,” he said.

“I’ve very seldom felt this way, that we’re at that sort of moment where things are going to change quite quite dramatically. And I think this is one of those moments.”

Backlash against coal in Alberta began last year, after the government quietly shredded a 1976 land protection policy that governed where coal could be mined. The public outcry forced the United Conservative government to reinstate the policy, halt exploration and establish a new, independent coal policy committee to consult with Albertans and other stakeholders, and recommend new rules in the province.

A joint statement from spokespeople for Alberta’s environment and energy ministers to The Globe and Mail Friday said, “Albertans have clearly told us they want a say in how the province will manage coal,” and the committee’s “meaningful work will continue on this important file.”

But one of the Alberta ranchers who took the province to court when it cancelled its 1976 Coal Policy remains “worried, very worried,” that mining will threaten the sensitive lands where her family’s cattle graze.

Her horse’s reins in-hand, pointing to a nearby ridge earmarked for a coal mine, Laura Laing told The Globe this week the fight continues. “There has been some progress, but we’re not out of the woods,” she said.

Despite the Grassy Mountain decision, two other Australian companies pursuing coal mines in Alberta continue to push ahead with their proposals.

Atrum Coal Ltd., whose Elan project is slated to produce about six million tonnes of metallurgical coal a year, presented to the Alberta coal policy committee this week. The company wants land zoning simplified in Alberta’s new coal policy – whittled down to just two classifications: a non-development zone and a potential development zone.

Such an approach would provide clarity and certainty, Atrum argued, and reduce conflict and administrative complexity.

Then there’s Montem Resources Ltd., which wants to revive the old Tent Mountain mine, shut down in the early 1980s. Montem wants it back in production in 2022, and hopes to produce one million tonnes of coal annually over 14 years.

The final terms of reference for that application were published last month by the Alberta Energy Regulator. Montem CEO Peter Doyle called it “an important milestone” that will allow the company to complete its application.

But share prices of both companies have tumbled on the Australian Stock Exchange. Atrum has fallen to 4 Australian cents from 34 cents over the past year. Montem has dropped to 7 cents from 28 cents – and on Friday halted trading until June 22, pending an announcement about its project.

For Mr. Urquhart of the AWA, the slip in share prices is further evidence the market simply doesn’t support new coal projects any more.

“This is a watershed,” he said. “This is the moment when a variety of actors are saying that the future of metallurgical coal in Alberta is very dim.” 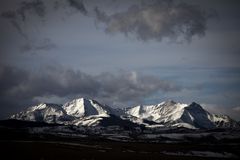 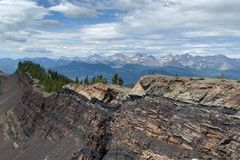 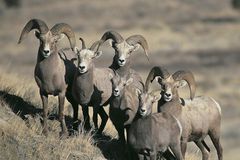