A federal judge has rejected an attempt by a Hollywood film studio to sue thousands of Canadians in one shot for sharing movies online.

Voltage Pictures, along with a group of associated production companies, wanted to use a novel legal procedure called a “reverse class action,” hoping to quickly launch thousands of lawsuits and extract payments of up to $5,000, the statutory maximum amount for individual violations under Canada’s copyright regime.

During a hearing in September, the studio said it wanted to sue internet subscribers that either shared one of its movies online without permission or authorized someone else to do so. (The proposed class action was restricted to five movies: The Cobbler, Pay the Ghost, Good Kill, Fathers and Daughters and American Heist.)

On Tuesday, Justice Keith Boswell of the Federal Court dismissed Voltage’s motion to certify the case as a class action, stating that the film studio had not established a “reasonable” case against the proposed defendants.

Class actions are typically used when multiple individuals have a common complaint against a single defendant. In this case, the judge noted the difficulty of proving copyright infringements in individual cases against hundreds of internet users.

“A class proceeding is not a preferable procedure for the just and efficient resolution of any common issues which may exist. The proposed proceeding would require multiple individual fact-findings for each class member on almost every issue," Justice Boswell wrote. “The factual context in which an internet subscriber may permit users to access his or her internet connection could vary widely from one class member to another.”

Lawyers for both Voltage and the proposed defendants declined to comment on Wednesday afternoon.

David Fewer, director of the University of Ottawa’s Canadian Internet Policy and Public Interest Clinic, intervened in the case, arguing the court should not certify it as a reverse class action.

He called the ruling a “comprehensive rejection of Voltage’s motion." He said if the court had accepted the film studio’s arguments about internet account holders “authorizing” copyright infringement, it could have “seriously expanded the threat of copyright liability to anyone allowing others to use an internet connection.”

“This includes obvious examples such as roommates and friends, but also landlord-tenant situations. … It would also have spelled trouble for coffee shops, schools, libraries and other providers of public WiFi,” Mr. Fewer said.

Toronto law firm Aird & Berlis acts for Voltage and another Hollywood studio, Nu Image, and as of this spring it had already sent individual statements of claim to close to 4,000 Canadians for allegedly sharing movies online without permission. Those cases are separate from its proposed reverse class action.

Many content owners send out notices through that regime, but the majority do not sue end users. To do so, copyright holders must take the additional step of seeking a court order for the ISP to disclose individual internet users’ names and addresses.

Ottawa law professor Michael Geist said on Wednesday that Justice Boswell’s ruling highlights that merely connecting a user with an IP address might not be enough to prove copyright infringement. However, considering the costs involved in litigation, people may choose to settle – even for thousands of dollars – “despite the fact that the claims may be very weak or unfounded.”

"In some ways it feels likes that’s what the plaintiffs are counting on.” 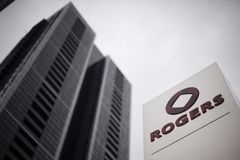 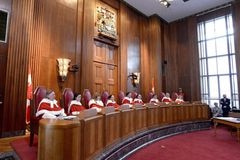