Canada’s nuclear regulator has urged the federal government to allow smaller nuclear reactors to avoid lengthy impact assessments, a move that would create an easier and faster path for commercialization of the technology.

So-called “small module reactors,” or SMRs, have been touted as a low-carbon energy option for remote communities. But briefing notes from the Canadian Nuclear Safety Commission (CNSC) show it is worried that protracted impact assessment hearings could be detrimental to the commercialization of the reactors in Canada. The commission told the government it should retain responsibility to conduct environmental reviews when construction projects are proposed, according to documents obtained under access to information laws.

The SMRs represent the nuclear industry’s latest effort to reduce its high capital costs and would have a capacity ranging from 1.5 megawatts to a utility-scale 300 megawatts.

In one briefing document for internal discussions, the regulator notes the nuclear industry’s concerns about "longer regulatory timelines” that would result from passage of the government’s Impact Assessment Act – Bill C-69, which is now before the Senate. The CNSC encourages the government to exempt small modular reactors from the list of designated projects that would receive a full panel review, and warns that lengthy regulatory delays could kill a promising industry. The documents were obtained by Greenpeace Canada.

Proponents argue the small modular reactors could supply a wide range of electricity needs, from replacing dirty, unreliable diesel generation in remote communities, to providing low-carbon electricity for oil sands operations. They paint a vision of impoverished Indigenous communities getting reliable and affordable power from 1.5-megawatt reactors that would replace diesel, or off-grid mines and oil sands plants using larger reactors to provide low-carbon energy to their operations, and of units that would anchor “energy parks” and complement solar and wind generation.

“The future of the nuclear industry, especially for Canadian participants, is dependent on the success of SMRs,” says the April, 2018, note to CNSC’s then-president Michael Binder, who has since retired. “It is very important to get the project list right so that there is a reasonable threshold on what kind of projects require an IA [impact assessment].” Another briefing note also says CNSC is recommending the government adopt thresholds to ensure proposals to build small reactors do not face a full impact review.

Panel members of a full impact assessment would come from a broad cross-section of the public representing various disciplines, appointed by the government.

Greenpeace researcher Shawn-Patrick Stensil argues the CNSC’s preferred approach would prevent a broad-based review of the safety and environmental risks from untested reactor technology that will produce highly radioactive waste.

CNSC spokesman Aurele Gervais said the commission believes there should be a threshold for full impact assessments “based on risk.”

“Regardless, all projects would still be subject to environmental assessments under the Nuclear Safety Control Act,” which is administered by the CNSC, he said.

On Wednesday, Natural Resources Minister Amarjeet Sohi is scheduled to release a “road map” – prepared by industry with support from the federal government – on how Canada can participate in the development of next generations of reactors. “We will make sure that we are looking at every aspect of this industry from safety, from regulation, to the potential for northern communities, the potential of co-generation for large industrial complexes,” he told reporters on Tuesday.

In an interview, Mr. Sohi said the government will consider the industry proposals, but has not committed to providing any support for the commercialization of SMRs. In an Oct. 30 letter to Mr. Sohi and Environment Minister Catherine McKenna, critics representing 25 advocacy groups argue SMRs would be more expensive per kilowatt of power than traditional reactors and would continue to produce radioactive waste with no permanent disposal methods available.

Government-owned Canadian Nuclear Laboratories (CNL) is in talks with several companies that are developing SMRs and is aiming to have several demonstration plants at its site on Chalk River, 200 kilometres northwest of Ottawa, assuming the developers receive a safety licence from the CNSC. Currently, 10 companies have submitted plans to the commission for a “pre-licensing design review” in which the regulator provides high-level feedback on whether their technology would meet with Canadian standards.

CNL is hosting an international gathering of SMR developers in Ottawa this week. That list includes Pittsburgh-based Westinghouse Electric Co., which is now owned by Brookfield Asset Management Inc., and Terrestrial Energy Inc., which has cleared the first stage of the pre-licensing review with the CNSC.

At a presentation on Monday evening, CNL president Mark Lesinski said it is critical for the industry to be able to build demonstration plants at an existing nuclear site like Chalk River, in order to prove and fine-tune its technology before pursuing commercial deals. Industry officials suggest it would likely take five years before an SMR design is licensed in Canada, and another five years before they are sold commercially. However, in their letter to the ministers, the advocacy groups urged the government to refuse any support for new nuclear reactor technology.

“The nuclear lobby’s promises of affordable new reactors able to fight climate change are always conditional on government subsidies, watering down safety and limiting the public’s right to information,” Greenpeace’s Mr. Stensil said on Tuesday. He argued it is inappropriate for the CNSC to lobby on behalf of the industry that it regulates. The commission provided a submission to the government on the Impact Assessment Act, but has refused to release it, he said. 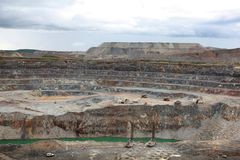 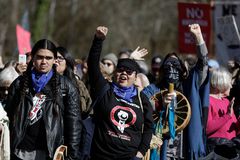 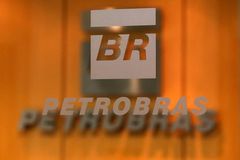