The aftershocks of one of the biggest tax scams in Canadian history continue to ripple through the legal system, with the quashing of an appeal by one of the tens of thousands of people who used a faux charity scheme to claim outsized income-tax deductions likely totalling billions of dollars.

The Tax Court of Canada last week released a decision turning down an appeal by Alexandru Tudora of his reassessment by the Canada Revenue Agency. Mr. Tudora, a retired Ontario auto worker, had claimed $30,526 in tax deductions for donations he made in 2005 to the Global Learning Gift Initiative.

Mr. Tudora is one of as many as 40,000 Canadians who participated in what is called a leveraged-charity program, where the tax deduction claimed and the tax benefit received are many times higher than the cash amounts donated.

Although the GLGI program continued until 2014, the CRA began rejecting some claims from the program in 2007, according to a class-action lawsuit that is suing backers of the scheme for $800-million, including $250-million in punitive damages.

The CRA challenged the GLGI program in court, and in 2015, the Tax Court of Canada ruled in its favour.

While that decision is not binding on other Tax Court justices, it did lay out the legal justification for rejecting GLGI-created deductions through reassessments by the CRA. And for the tens of thousands of Canadians who participated in the program, those reassessments nullified the hundreds of millions of dollars in tax deductions they had claimed between 2004 and 2014, and required them to repay the resulting tax benefits, along with added penalties and interest.

The CRA could not immediately say how much it is seeking to recover, but the amounts at stake are unquestionably large. The decision released last week said the total deductions claimed for just two years were $400-million. And Waddell Phillips, the law firm pursuing a class-action suit in the GLGI case, says the amounts claimed as deductions are “many multiples” of the $500-million in cash that participants gave to the scheme’s backers over a decade.

Participants made a cash payment to a charity called Millenium, and then applied to be beneficiaries of Global Learning Trust 2004, which then gave them rights to educational software licences. That software was assigned a market value by the trust that was three, five or even eight times that of the cash payment. And that assigned value was vastly in excess of the actual price that the trust had paid to acquire the software licences.

The participants then donated those software licences to a second charity, Canadian Charities Association, or CCA. Millenium issued a tax receipt for the cash payment; CCA issued a tax receipt for the donated software licences. Together, the receipts generated a tax benefit for the would-be donors that significantly exceeded their cash outlay. As for the cash, the 2015 ruling stated that less than 10 per cent of the donated cash stayed with charities; most of the funds were channelled to the promoters of GLGI.

The original 2015 case, which found the program to be a “sham,” detailed how one of the participants turned a “staggering” profit from a supposed donation.

The fact of that profit was a key factor in the court’s decision that the expenditures were not true charitable donations. “When put in numerical context, the extent of the benefit is staggering, yet the law is clear that any benefit or consideration will do to find there was no donative intent,” Justice Pizzitelli wrote.

As that ruling states, donative intent is needed for a payment to be deemed a charitable donation: The donor must not only be aware that he or she will not receive compensation other than “pure moral benefit,” but to the contrary must “intend to impoverish himself.”

The mere fact of claiming a deduction that reduces one’s tax bill isn’t a problem, but that benefit cannot be larger than the donation. In short, a donation motivated by profit is not a donation at all.

In Mr. Tudora’s case, the amounts were much smaller, but the mechanics and legal principles at stake were the same. The Oshawa man made a $5,000 cash payment, and was issued receipts for $30,526 that included a $25,526 in-kind donation.

In his ruling on Mr. Tudora’s appeal, Justice Ronald MacPhee wrote that the program as described in documents submitted to the court “defies common sense" and that he found it "impossible not to conclude that the Appellant intended to enrich himself by participating in the arrangement.”

That hoped-for enrichment has not happened. To the contrary, the CRA is now requiring not only the reversal of tax refunds, but penalties and interest on top of that. In addition, participants have lost their original cash outlays.

In the 2015 ruling, Justice Pizzitelli wrote that those who participated in GLGI ignored clear warning signs. “When otherwise good people turn a blind eye to the obvious reality surrounding them, they cannot lay blame on others for the consequences that follow from the fraud or sham of others. They certainly should not expect the Canadian public to fund their losses.”

But Margaret Waddell, a partner in Waddell Phillips, rejected the idea that the promise of turning a large profit on a charitable donation should have set off alarm bells for participants.

“Apparently it didn’t, for tens of thousands of people," she said, adding that the program’s backers touted valuation reports and legal opinions that seemingly buttressed their claims. “There were lots of bells and whistles around the program that gave it the appearance of validity.”

Estate mess comes with lessons for the rest of us
February 6, 2020

The tax implications the Sussexes would face in Canada
Subscriber content
January 17, 2020 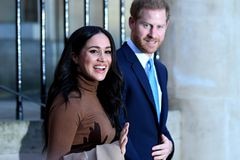 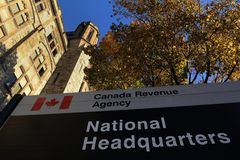