In documents obtained through an Access to Information request, the Financial Transactions and Reports Analysis Centre of Canada (FinTRAC) cautions that financial technology, or fintech, companies have a “limited understanding” of their anti-money laundering obligations and that many don’t have compliance programs in place to mitigate risk.

The federal government has moved to close some of those gaps, introducing new regulations that will bring virtual-currency exchanges under FinTRAC’s watch by June 1, 2020. The new rules are likely to increase the trust that consumers and businesses have in cryptocurrencies and could make banks less reluctant to provide services to virtual-currency businesses, FinTRAC notes in an August, 2018, report obtained through an Access to Information request.

But Amber Scott, founder of consulting firm Outlier Solutions Inc., said that even once the new regulations come into force, a number of “grey areas” will remain. Among them are payment service providers who are solely focused on payments, online casinos and immersive games and alternative mortgage lenders – all areas that FinTRAC flagged as high-risk in a September, 2017, report obtained under Canada’s access to information laws.

“There are things that completely fall outside of the legislation, and some fairly well documented cases where they’ve been used for money laundering," Ms. Scott said.

FinTRAC said it determines the level of risk based on factors such as how vulnerable the technology is to exploitation, as well as the consequences that may ensue.

Payments and remittances services, which allow users to make payments or remit money back home, are attractive to money launderers because they allow people to send money across borders quickly and cheaply.

“(Peer-to-peer) payments will remain one of the most important money laundering/terrorist-financing vulnerabilities to monitor in this segment,” the report reads.

Alternative personal finance and lending sites are also classified as high risk. These services, which include crowdfunding sites and online lending platforms, have been exploited in the past, for instance, by terrorists launching fake campaigns and using the funds raised to finance terrorist attacks.

Virtual currencies, which include cryptocurrencies such as bitcoin, present a challenge because they allow users to transact directly with one another outside of the traditional financial system. The increasing use of mixers – which break transactions down into smaller chunks and mix them up, making them more difficult to trace – pose a particular challenge for financial-intelligence units and law-enforcement officials trying to “follow the money," the report says.

“While recognizing that not all transactions that use mixing services are illicit and that some users have legitimate reasons to seek greater anonymity, the capacity of mixers to break and hide the links between users and their transactions make them attractive tools for illicit actors,” a FinTRAC spokeswoman told The Globe and Mail in an e-mail.

Meanwhile, technological advancements in online gambling and gaming – where players can buy boosts such as extra lives with digital currency – have created new opportunities for criminals looking to clean dirty money.

“As gamers are more willing to spend real money in their gaming experiences, cybercriminals are able to tap that market and use the profits gained to launch bigger and more damaging attacks in the real world,” the report reads.

“FinTRAC’s resources for examinations are largely constrained," said Mr. McGuire, adding that there are roughly 30,000 reporting entities and only about 300 examinations a year.

"You could continue operating as a fintech for a very long time before you run into the regulator.”

With files from Ken Rubin. 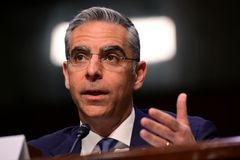 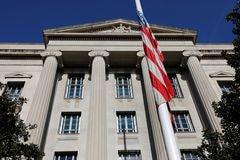 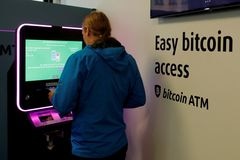