A group of First Nations with resource development projects on their traditional territories is calling for a new approach to ESG, or environmental, social and governance, standards, saying existing systems have been developed without Indigenous input.

“You have the situation now where Indigenous people are having the sustainability standards to our land, our waters, our social aspects – all decided by somebody else, and it’s just gotten away on everybody,” says Mark Podlasly, director for economic policy and initiatives of the First Nations Major Projects Coalition and one of three authors of Indigenous Sustainable Investment: Discussing Opportunities in ESG.

The paper, released Thursday, was commissioned by the FNMPC in advance of a March conference designed to spur discussion on how to incorporate Indigenous perspectives into ESG decisions.

A global shift toward ESG-compliant projects and investments has made that goal an urgent one, says Mr. Podlasly, a member of the Nlaka’pamux First Nation in British Columbia.

“It’s quite mind-boggling – when we started this [research], we didn’t realize how much this industry had grown on its own. And now it’s become this trillion-dollar enterprise,” he said.

The report cites several recent developments as evidence of the ESG trend, including a joint statement last November by the heads of eight large Canadian pension funds – that together manage about $1.6-trillion in assets – calling on companies and investors to provide “consistent and complete” ESG information.

That consistency is hard to come by. The push for more responsible investing has played out in the marketplace over the past few decades, resulting in what the FNMPC report calls “a mindboggling patchwork of different ESG standards around the world, numbering in the hundreds.”

The four leading standards that have emerged do not adequately reflect Indigenous concerns, the report maintains.

“There’s a method of operation on the side of project proponents where they come into a deal with First Nations, and they have the deal structure done already in such a way that maximizes the corporation’s bottom line,” Mr. Edwards said.

“That kind of approach doesn’t necessarily line up with the socio-economic values of the Indigenous community, and then immediately creates a path that doesn’t match,” he added.

The FNMPC report found significant gaps in governance, particularly at the board level, citing law firm Osler’s 2020 report on diversity at TSX-listed companies. That report reviewed 2,023 board positions of the 270 Canada Business Corporations Act companies that provided full or partial disclosure on their practices before July 31, 2020, and found only seven positions held by Aboriginal peoples.

The report also included potential models for approaches that would include Indigenous perspectives in ESG framework, including the First Nations Finance Authority, which this past November provided a $250-million loan as part of a deal in which the Mi’kmaq First Nations Coalition bought a stake in Clearwater Seafoods.

ESG standards go beyond consultation with Indigenous groups, which has become routine for resource proponents.

In a 2020 research note cited in the FNMPC report, Moody’s noted the credit risks for Canadian projects and activities of failing to maintain social licence, including delays, blockades, litigation and boycotts.

Olaf Weber, who holds a chair in sustainable finance at the University of Waterloo, agreed there should be more Indigenous input and involvement in ESG standards, saying in some cases such involvement may have headed off disputes.

“If you start building and have the resistance against it – it shows that if something had been done in advance, then you might avoid these issues,” Prof. Weber said. 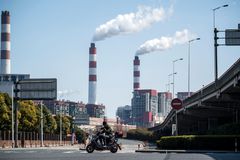 The fund managers, the sleuths and the mystery of the missing ESG
Subscriber content
September 10, 2020 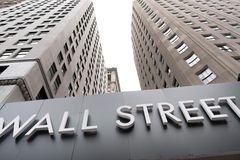 Opinion
The oil and gas industry will need more than a bailout to survive
May 23, 2020 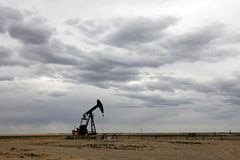