Swoop Airlines, the discount wing of WestJet Airlines Group, has embarked on an aggressive expansion, adding new flights and selling tickets for as low as $1, sparking new accusations of predatory pricing by a rival airline.

The federal Competition Bureau launched an investigation of WestJet and Swoop in November, 2018, after allegations by Kelowna-based Flair Airlines that the Calgary-based carriers were selling seats below their costs in an attempt to win market share. The Competition Act prohibits a company from abusing its market dominance by making “predatory acts” to “eliminate, discipline, or deter entry or expansion of a competitor.”

Swoop recently began selling 100,000 new seats for a base fare of $1 on existing routes, adding capacity in such destinations as Winnipeg, Hamilton and London, Ont.

Steven Greenway, president of Swoop, declined to comment on the investigation. In a press conference in downtown Toronto on Thursday, he said Swoop is a “startup” airline that offers cheap fares in a bid to become established.

“We put a lot of cheap seats out there but we are profitable. We are doing it in a measured way,” Mr. Greenway said, adding, “We have had to stimulate the market. We have had to get, pardon the French, bums in the seats.”

Jayme Albert, a spokesman for the Competition Bureau, said the investigation into allegations of predatory pricing of airline fares by WestJet and Swoop is continuing, and declined to comment further. In a 2018 Federal Court filing related to the case, the regulator said it had “reason to believe that the parties have engaged in conduct that constitutes an abuse of dominant position.”

WestJet launched Swoop in June, 2018. WestJet is Canada’s second-biggest airline, and was bought by Onex Corp. for $3.5-billion in a deal that closed in December, 2019.

“Swoop and WestJet welcome competition and believe the market can support significant growth in the ultra-low-cost space for many years to come,” said Lauren Stewart, a WestJet spokeswoman.

Discount airlines such as Flair and Swoop offer base fares, and charge for every bag, snack and coffee. They cater to budget-conscious leisure travellers – not business customers – flying point-to-point with no connections. They cut costs by serving smaller cities with airports that charge lower fees and are less congested than big-city airports, allowing planes to turn around more quickly.

Two other discount carriers, Canada Jetlines and Enerjet, have announced plans to begin flying but have failed to launch.

Barry Prentice, a transportation professor at the University of Manitoba’s Asper School of Business, said low-cost carriers serve a purpose, by providing cheap alternatives to the big airlines while offering checks on the abilities of the legacy carriers to overcharge.

But Swoop, as part of WestJet, functions differently in the market, he said. “Swoop is kind of like the guy that’s going to come along and make sure none of these other [small] airlines” can become established and compete by undercutting the fares, Prof. Prentice said. He said the complaint before the competition watchdog of deep fare discounts has “some legitimacy. … That does sound pretty predatory to me.”

“Consumers love price wars, but of course the goal of a price war is to put the competition out of business, and take over the market again,” Prof. Prentice said.

Flair’s Mr. Scott said the airline pulled out of Hamilton in 2018 and cancelled its Edmonton to Las Vegas flights because it could not compete with Swoop, which offered flights as cheap as $69, including tax. He said the lone remaining route Flair and Swoop compete directly on is Abbotsford, B.C., to Edmonton. On that route, Swoop earlier this week was selling one-way tickets for $12 on Feb. 4 and 10 other days that month, taxes included. Flair’s cheapest seat for the same flight is $67, although the airline does not schedule past Feb. 3, according to its website.

Swoop’s added flights come at a time airlines are cancelling and delaying routes amid lost capacity due to the global grounding of the Being 737 Max passenger jets. WestJet has been forced to idle its 13 Max planes, and has dropped the plane from its schedule until June 24.

Swoop’s Mr. Greenway said route overlap with Flair is “almost non-existent,” and said Swoop is able to add capacity because its planes fly 13 or 14 hours a day. He declined to address Mr. Scott’s allegation of unfair competition in Hamilton. “They have their own strategy. I’ll leave it to them to explain what they need to do.” 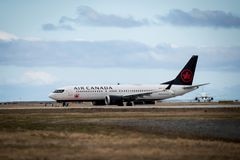 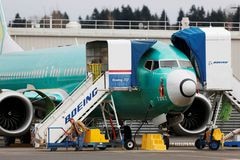 Canadian airlines feel the pressure of flight-shaming and the ‘Greta effect’
January 19, 2020 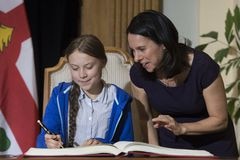