The federal Liberals were quick to point out that they were throwing a lifeline to small businesses when the government rolled out a massive expansion of its wage subsidy in early April.

After days of intensifying clamour from small business for financial help, the government abruptly shifted course from the limited wage subsidies it had announced in the early weeks of the coronavirus pandemic and lockdown, broadening the program to offer tens of billions of dollars in subsidies so that companies could keep employees on the payroll.

Finance Minister Bill Morneau and Small Business Minister Mary Ng both highlighted that the Canada Emergency Wage Subsidy program would assist smaller companies. “Small businesses are at the heart of our communities,” Ms. Ng said at the April 1 press conference announcing the details of the program.

But small business has turned out to be the smallest beneficiary of the program in its first four months, with the medium-sized and large-business sectors each receiving more money for a greater number of employees, according to data published by the Canada Revenue Agency.

The relatively small amount of aid flowing to small business isn’t from lack of need but rather an overabundance of risk resulting from a poorly designed program, observers say. Ottawa implicitly acknowledged as much last month, when it unveiled substantial changes that will make it much easier for businesses to qualify for subsidies. The question is whether it will be too late to head off a mass wave of bankruptcies and permanent destruction of jobs this fall, when the weight of deferred taxes, rent and other debts bears down on small-business owners.

If Ottawa is to succeed in preserving jobs, it will need to ensure the stability of the small-business sector, which accounts for nearly a third of employment in Canada, even when narrowly defined. “Small businesses are certainly the backbone of our economy,” says Trevin Stratton, chief economist for the Canadian Chamber of Commerce.

Wage-subsidy applications from small businesses (defined by the CRA as having 25 or fewer employees) accounted for 22 per cent of the $23.9-billion in wage subsidies paid out between mid-March and the first week of July, while those from medium-sized businesses (with 26 to 250 employees) accounted for 44 per cent, and larger enterprises with more than 250 employees, 34 per cent. Only in the most recent application period for which data are available, June 7 to July 6, did smaller businesses receive more than big businesses, as the chart below indicates.

The share of funds received by small business is significantly lower than the sector’s share of employment; Statistics Canada, using a slightly narrower definition, said small businesses accounted for 31 per cent of private-sector jobs in 2019.

Michael Burt, executive director of the Conference Board of Canada, said he would have expected the reverse to be true, given that small businesses are more prevalent in the retail and hospitality sectors, hit hardest by the economic fallout of the coronavirus.

But Mr. Burt and other observers point to a confluence of factors that have prevented small business from taking full advantage of the wage-subsidy program. The weeks it took to design and launch the program meant that many small companies had already laid off staff by the time the expanded subsidies were available in late April.

The complexity of the subsidy calculations, including the all-or-nothing formula for determining eligibility, was a substantial deterrent for any company without in-house accounting expertise.

The consequences of getting that calculation wrong could be huge. A company that counted on subsidies and then fell short of the threshold of a 30-per-cent decline in revenue would receive nothing and could find its solvency jeopardized, said Dan Kelly, president and chief executive officer of the Canadian Federation of Independent Business. “The difference between 75 per cent and zero could bankrupt a business.”

Adding to that risk, Mr. Kelly said, was the “fire and brimstone” rhetoric from Prime Minister Justin Trudeau and Mr. Morneau, who repeatedly warned of severe penalties for any business found to be abusing the wage-subsidy program. Left unclear was the dividing line between fraud and a mistake made in good faith in the middle of an economic maelstrom. For many smaller companies, the risk was just too great, Mr. Kelly said.

Ottawa introduced changes to the wage-subsidy program last month that go some way to addressing the program’s shortcomings, most notably by eliminating the all-or-nothing provision and making it much easier for businesses to qualify for subsidies. Under the new rules, a business experiencing any decline in revenue can receive subsidies, with a greater decline in revenue generating a proportionately greater subsidy. Those subsidies have been extended through to Dec. 19, although they will decline each month.

The government has also extended the life of the program and introduced a top-up subsidy for businesses hit hardest by the economic downturn, with those companies able to claim a subsidy of as much as 85 per cent of eligible salary. Joseph Micallef, KPMG’s national financial-services tax leader, said he expects those changes will spark renewed interest in the wage-subsidy program.

Certainly, Ottawa has the same expectations. As it announced the changes to the wage-subsidy program, it boosted its estimate for the total cost of the program to $83.6-billion, meaning that it foresees spending an additional $59.7-billion. However, the Parliamentary Budget Officer issued a lower forecast on Thursday, saying it estimates the program will cost $67.9-billion. The Finance Department did not agree to a request for an interview.

Mr. Kelly praised the more flexible qualifying criteria, saying it significantly reduces the risk for a small business and will encourage applications. The CFIB is urging the government to make further changes to the program, including allowing entrepreneurs who pay themselves through dividends to qualify for subsidies.

But, based on a late June survey, the CFIB says one in seven small- and medium-sized businesses are at risk of closing permanently because of the coronavirus.

For some small companies, it’s already too late, Mr. Kelly said. The overhang of deferred rent, taxes and other debts will prove fatal. “In my view, there are a lot of zombie businesses out there that are effectively dead.” 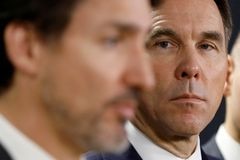 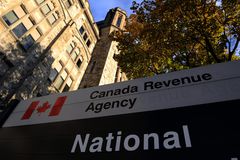