CAE Inc., a Montreal-based manufacturer that specializes in flight simulators, has created a ventilator prototype it hopes to mass produce, placing the company among a growing number of businesses that have responded to calls to industry to help contain the fallout from the novel coronavirus.

About two weeks ago, CAE assembled a team of a dozen specialists who worked tirelessly to come up with a design after facing calls from political leaders to help out in the crisis, chief technology officer Marc St-Hilaire said in an interview.

“Our CEO has given the mandate to us, ‘Go full blast,' " Mr. St-Hilaire said. "We’re taking this as an order to action. We’re mobilizing the army.”

Although CAE – which has a market value of about $4.2-billlion – is best known for its flight simulators, which are used to train pilots in both civil aviation and defence, it also produces surgical and medical simulators, which account for about 4 per cent of its annual revenue.

The company employs doctors, including a chief medical officer, who were included in the ventilator design team, Mr. St-Hilaire said. The result is a prototype that the company has tested on simulation mannequins – outfitted with iron lungs – which CAE says is effective.

Ventilators are used to keep patients’ lungs supplied with oxygen when they are unable to breathe on their own and are vital to keeping alive those with the most severe cases of COVID-19. It’s still not known whether Canada could experience a ventilator shortage, but the federal government, as well as its provincial counterparts, have called on manufacturers to fill a potential void for the devices, as well as medical masks and other personal protective equipment used by health care workers.

CAE hopes to mass produce ventilators if it can receive the necessary certifications from the federal government, Mr. St-Hilaire said. Last Thursday morning, following several reports in the Quebec media about CAE’s project, the company held a teleconference with 33 officials from the federal government about the prototype’s efficacy and CAE’s capacity for manufacturing ventilators at its main Montreal plant, he said.

Normally, such approvals for manufacturing a medical product take place over many months and years. “We are not in normal times. We are in a race, and so the government is taking extraordinary measures,” Mr. St-Hilaire said.

CAE declined to answer questions about how COVID-19 has affected the company’s sales, but social distancing policies have, in general, hit the aviation sector hard. The company has no specific orders in place for its proposed ventilators, but Mr. St-Hilaire said the company’s chief executive, Marc Parent, has had discussions with Canadian politicians – whom he declined to identify – but who he said have challenged CAE to fill the demand.

The company has set a production goal similar to the target set by Linamar Corp., an engine parts company based in Guelph, Ont., that has partnered with a small medical company, O-Two Medical Technologies Inc., to produce 10,000 ventilators. CAE intends on building 10,000 ventilators in three months, Mr. St-Hilaire said.

He said that the motivation for CAE’s team, and the company’s suppliers, is the potential positive impact. The company was initially spurred by the Code Life Ventilator Challenge, which is sponsored by the Montreal General Hospital Foundation – a competition to come up with a low-cost, high-quality ventilator.

A panel of judges is scheduled to announce the three winning projects on April 15.

“Every company feels touched by this. They all want to save the life of their parents, their neighbours, their colleagues,” Mr. St-Hilaire said. 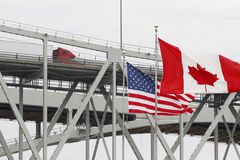 Opinion
The last thing we need in a pandemic is the me-first instinct of international trade
April 6, 2020 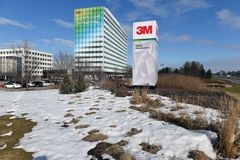 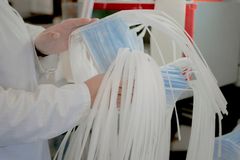 Coronavirus information
The Zero Canada Project provides resources to help you manage your health, your finances and your family life as Canada reopens.
Visit the hub
Follow Greg McArthur on Twitter @McarthurGreg
Report an error Editorial code of conduct