The food delivery service app Foodora Inc. will shut down Canadian operations in May, just months after its couriers in Ontario won the right to unionize.

The subsidiary of German company Delivery Hero SE announced Monday that it would leave Canada on May 11, saying “intensified competition” has prevented Foodora from reaching a “strong leadership position” that would allow it to make a sustainable profit.

Food delivery apps were on the rise in Canada even before the novel coronavirus pandemic began: Dalhousie University’s Agri-Food Analytics Lab found that Canadians spent $1.5-billion on food ordered through delivery apps in 2019, worth about a third of the overall food-ordering market.

But Foodora was facing a future in which its couriers were in a position to lobby for precedent-setting increases to pay and benefits. The Ontario Labour Relations Board in late February granted Foodora’s couriers in Toronto and Mississauga the right to unionize and fight for collective benefits.

Foodora couriers in the Greater Toronto Area had voted last August on union certification with the Canadian Union of Postal Workers, or CUPW. The results have not yet been made public, but a success would have set a worker-focused precedent in the growing gig economy, in which workers pick up contractor-style shifts at their convenience with limited benefits or job protection.

Thomas McKechnie, one of the organizers behind the couriers’ efforts, said that both couriers and restaurants regularly suggested ways to be more efficient and save the company money, but that those calls usually went unheeded.

“Perhaps one of the things on their mind while they were doing this was the effort of the workers to organize themselves,” Mr. McKechnie said. Now, he says, the company has “abandoned hundreds of workers in the middle of an unprecedented global pandemic.”

The delivery company did not respond to an interview request. In a statement, Foodora’s Canadian managing director, David Albert, made no mention of the couriers’ organization efforts. “We’ve been unable to get to a position which would allow us to continue to operate without having to continually absorb losses," Mr. Albert wrote.

But Sylvain Charlebois, who runs the Agri-Food Analytics Lab in Halifax, said Foodora’s profit argument did not necessarily make sense amid massive growth in the delivery-app market. “I suspect that Foodora made the decision because it feels that having a unionized work force doesn’t fit with its model,” he said in an interview.

But Prof. Charlebois said organized labour could still fit into the industry’s future. “I think it’s part of how the market will evolve.” He said he expects even faster growth to come. While his research team had initially predicted delivery-app spending to rise to $2-billion in Canada by the end of 2020, he now guesses Canadians could spend that much by the end of September while stuck at home during the pandemic.

In its news release, Foodora said that it was “putting together a proposal to provide additional recovery to employees and other creditors,” but did not clarify whether employees included its contract couriers or what “recovery” meant.

Avoid participating in Canada Takeout Day if you care about the health of our nation
April 14, 2020 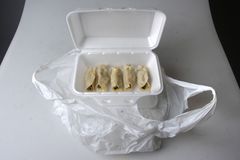 Amazon takes stake in Deliveroo as it challenges Uber in food delivery
Subscriber content
May 17, 2019 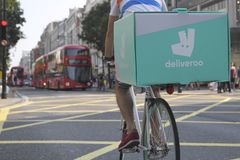 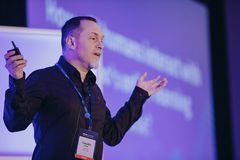