Of all the titles Paul Desmarais Sr. accumulated over a seven-decade business career, perhaps none mattered more to him than that of media baron. When the late Power Corp. of Canada patriarch bought Montreal’s La Presse in 1967, he made good and full use of the privileges that came with owning French Canada’s leading broadsheet.

The move on Tuesday by his sons to transfer ownership of La Presse to a private trust betrays their own ambivalence toward the much-diminished newspaper business. Once a source of meaningful profit, La Presse has ceased to be so for the family.

The Power Corp. puzzle: Why a Canadian empire is treading water

The elder Mr. Desmarais, who died in 2013, positioned La Presse as the main media voice of federalism in Quebec through the Quiet Revolution and two sovereignty referendums. Under his influence, La Presse set the political table in Ottawa and Quebec City in often unsubtle ways.

For a while at least, Power even made money in the process. Combined with newsprint maker Consolidated Bathurst, La Presse contributed handsomely to Power’s bottom line back when newspapers and their profits were both fat. Mr. Desmarais had a knack for knowing when to sell and unloaded the newsprint maker in 1989 for $2.6-billion in cash. But he could never part with La Presse.

His sons never displayed the same attachment to most of Power’s media properties: Co-chief executive officers Paul Desmarais Jr. and André Desmarais sold off the company’s six other French-language dailies in 2015. But, while they continued to back the 134-year-old La Presse’s costly digital transformation and investment in a daily tablet edition, their commitment to the newspaper never matched that of their father. Even André , much more of a political animal than his brother, seemed to pull back from La Presse as he pursued other interests, including his recent launch of an organic-farming business.

Besides, while constituting only a tiny part of Power’s operations, the investments in La Presse had become irritants among investors as the stock price stagnated and the company seemed to lose the strategic foresight that was its calling card under Paul Sr.

Power touted the success of La Presse’s tablet edition, known as La Presse +, but its boasts belied the experiences of most other North American newspapers, whose tablet offerings struggled out of the gate.

It became clear on Tuesday that La Presse + is not such an exception, after all.

“Between the [business] model we conceived in 2010 and today’s reality, there is a large gap in terms of advertising revenues, due to the explosive growth of American giants Facebook and Google,” La Presse publisher Pierre-Elliott Levasseur wrote in an open letter announcing Power’s decision to transfer its ownership of the newspaper to a non-profit foundation. The switch to trust status will first require Quebec’s National Assembly to repeal a 1967 law governing ownership of La Presse.

“This option flows from the fact that it seems paradoxical, in the federal government’s eyes, to come to the aid of newspapers while they are owned by rich families or large corporations.”

With that, La Presse revealed it is hurting just as badly as its rivals and has for the past year been seeking financial aid from Ottawa and the provincial government. As long as La Presse counted a billionaire family as its owner, neither Ottawa nor Quebec would risk the political backlash a bailout would undoubtedly unleash.

Last year, Quebec stepped up to help Le Devoir, which has been owned by a non-profit trust for most of its 108-year existence, with a $526,000 interest-free loan. The provincial government also loaned $10-million to former federal Liberal cabinet minister Martin Cauchon’s Groupe Capitales Médias, which acquired Power’s other French-language dailies.

Both of those moves were derided as politically motivated decisions by Quebecor CEO Pierre Karl Péladeau, whose company owns Le Journal de Montréal and Le Journal de Québec tabloids. Quebecor Inc., which announced on Tuesday it was buying back Caisse de dépôt et placement du Québec’s remaining stake in Quebecor Media Inc., has not faced the same grumbling from minority shareholders about its decision to hold on to its newspapers. And Mr. Péladeau has given no indication he would be willing to cede ownership of them if it did.

Still, by turning La Presse over to a non-profit foundation and paving the way for it to accept government aid and private donations alike, the Desmarais brothers may force Mr. Péladeau’s hand. Power has started the ball rolling by promising to donate $50-million to the foundation set up to own La Presse, setting an example for other Quebec Inc. players eager to preserve a centrist and federalist voice as Quebecor’s newspapers adopt an increasingly nationalist and populist tone.

Still, the media property the Desmarais brothers are ceding is a skeleton compared to the newspaper their father bought in 1967. It wields diminished influence in politics as social media sets the agenda. And its decision to abandon its print edition has led Le Devoir and Le Journal to beef up their own print offerings, with apparent success. (Full disclosure: I write a weekly political column for Le Devoir.)

Owning La Presse was a source of pride for the father. It just ended up as a distraction for the sons. 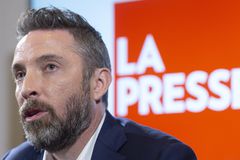 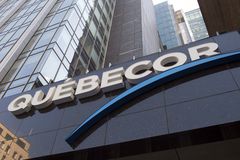