Alessandro Piccini, the mayor of Cantiano, was horrified by the mathematical progression. Every year, the pretty medieval town in mountainous east-central Italy saw far fewer births than deaths. Last year, the score was 4 to 40. It was only a matter of time before Cantiano ceased to be.

Like most Italian towns and villages, Cantiano is losing people rapidly, to the point that it faces an existential crisis. After the Second World War, it had 5,000 residents; today, the number is about 2,100. In the whole of Italy, there were 67 births for every 100 deaths in 2019, according to the national statistical agency. 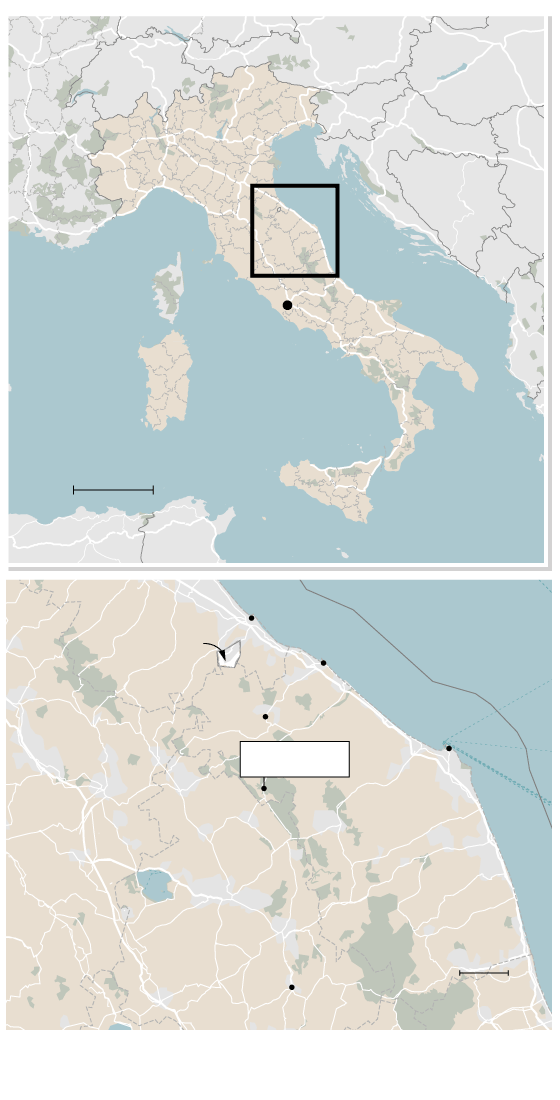 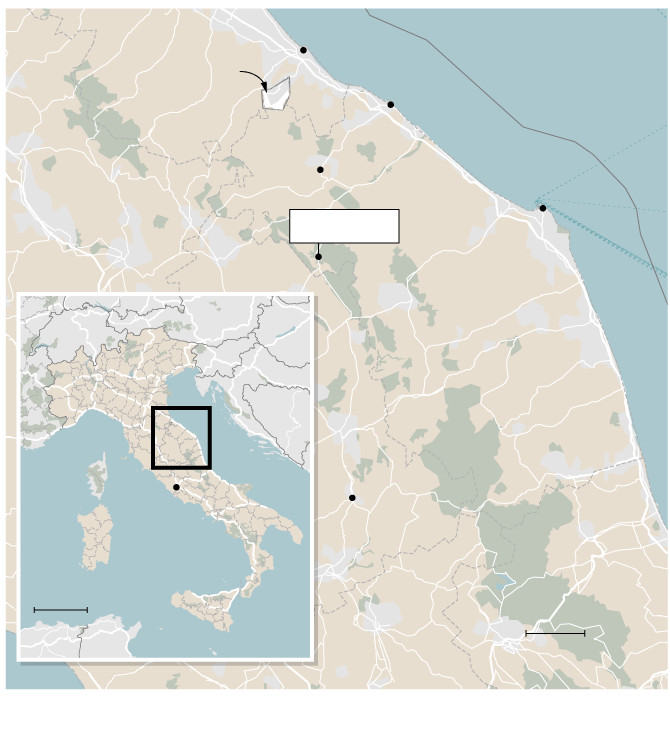 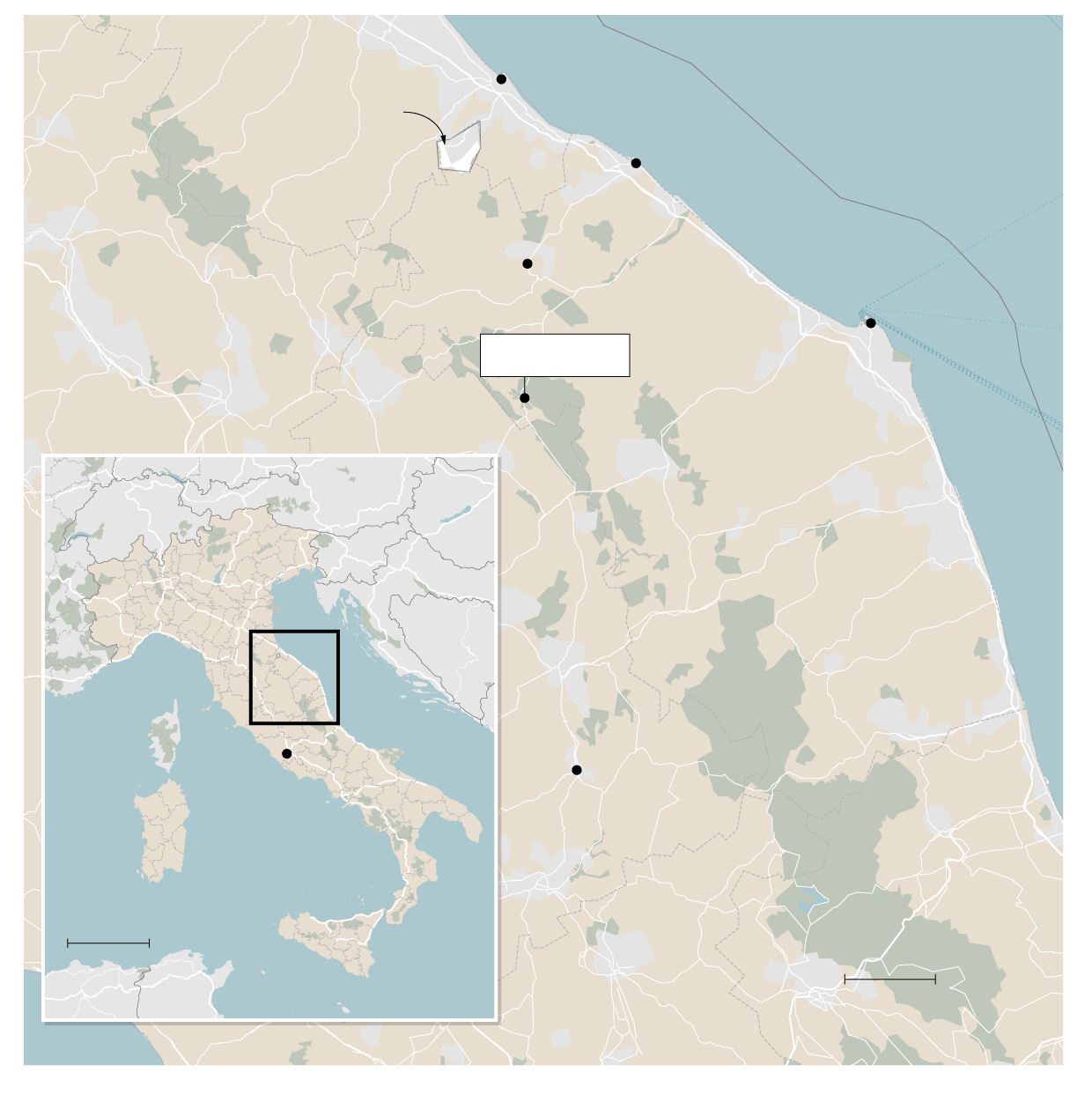 Desperate times require desperate measures, and Mr. Piccini’s desperate measure is to sell houses for €1 ($1.43) – the price of an espresso. “Our objective is to repopulate the city,” he told me from his grand office overlooking Cantiano’s central square. “The €1 is symbolic. The new owner’s only obligation is to restore the house.”

A thick yellow folder on his desk contains 700 expressions of interest for the houses. The plan, launched last year, has seen two houses sold so far – one to an American family, the other to a Spanish family. Potentially as many as 100 more homes will come up for grabs as the owners of Cantiano’s abandoned houses debate whether to seek help from Mr. Piccini’s team, try to sell their properties through real estate agents or just leave them as is – ancient wrecks with no value that will be left to crumble.

The American family, the Woods of Marin County, Calif., just outside San Francisco, bought their Cantiano house sight unseen in February after reading newspaper articles about €1 houses and finding the Cantiano website. They are thrilled to own a property in Italy – even though they know their renovation adventure, in a foreign language no less, will be a leap into the great unknown.

“This will be a total lifestyle change for us,” said James Wood, 53, an IT consultant. “It was our eldest daughter, Miranda, who put in the winning bid, and we will be sharing the house with her. Where we live now, we have to drive everywhere. In Cantiano, we will be able to walk everywhere.”

The €1 idea is not Mr. Piccini’s. About 25 towns across Italy have joined the campaign and have advertised their cheapo houses on their own websites and a common site called casea1euro.it. Every few months, a foreign newspaper triggers astonishment with stories of giveaway houses in allegedly idyllic Italian towns. The hangover effect of Under the Tuscan Sun, Frances Mayes’s 1996 comedic memoir about renovating a Tuscan villa, still captures the imaginations of Italophiles.

The effort is expanding. For the first time, big cities are getting into the game. In January, the southern Italian port city of Taranto – population 200,000 – essentially tossed most of the houses in its historic centre into the bargain bin.

In the 19th century, the old city of Taranto had about 40,000 residents. Today, they number 3,000 or fewer. The rest have fled to newer sections of the city, home to Europe’s biggest steel factory, or emigrated to the wealthy north of Italy. Taranto, originally a Greek colony, is one of the oldest cities in the Mediterranean. The local government says it hopes the old houses will appeal to buyers who want an urban experience by the sea in a warm climate. Village life in the Italian countryside is a dream for many foreigners, although the villages can be dreary and cold in the winter, the services scant.

The €1 house campaign is a bit of a gimmick. Most towns and villages in Italy – especially in the south, where the depopulation trend is severe – offer houses for next to nothing. You just have to spend a small fortune to fix them up, though the total cost would still be inexpensive compared with fixing a wreck in, say, the Cotswolds in the west of England, Burgundy or anywhere in Switzerland.

Years ago, when our children were young, we considered buying a house in Abruzzo, the mountainous region due east of Rome that is renowned for its rugged natural beauty and tourist-free, non-twee towns. We called it the anti-Tuscany. In one delightful, though fading, town called Rapino, we saw several promising houses, none more than the price of a new car.

We soon learned that the purchase price was irrelevant. A €50,000 house that is habitable is a far better bargain than a €5,000 house that needs a €100,000 gut job. Intimidated by the prospect of years of reno work, we took a pass.

So it is with Cantiano. When I visited the town on a bleak day in early February, I saw the two houses that had been sold and figured that each would take more than €100,000 to fix up – an estimate the mayor found reasonable. I also saw a property on the market for €30,000 that had recently been renovated and was said to be in move-in condition (I did not go inside). It was a nice-looking, three-storey house with a lovely stone façade right in the middle of the historic centre. In my view, that house would be the far better bargain – and hassle-free, too.

Cantiano does have its charms. It’s a foodie town that is locally famous for its truffles, fine cured meats and salt-free peasant bread made with spring water. The wild boar ragu and fresh pasta I had for lunch were superb. The area would be a dream for outdoorsy types. There is a ski hill nearby and an abundance of hiking trails and cycling roads. Horseback riding is popular. The area is home to the rare Catia breed of small, dark workhorses that are sure-footed on mountain trails.

The small cities of Urbino, a UNESCO World Heritage site, and Gubbio are nearby, both of them medieval and Renaissance gems.

Cantiano is also locally famous for its costume representation of the Passion of Christ on Good Friday. I am told the town comes alive in the summer, but I sure would not want to spend a winter there. In February, it was virtually a ghost town and had a leaden feel about it.

Cantiano’s winning-bidder selection process is based on a points system. If you commit to renovating the house quickly after the work permits are issued, make it your primary residence and, above all, use local tradesmen for the renovation, you would be well ahead of the pack. The mayor’s goal is not to just sell houses; it’s to provide employment for architects, plumbers, electricians, carpenters, stonemasons and surveyors. Buyers must post a €4,000 performance bond, which is forfeited if they abandon the renovation.

Mr. Wood said he expects to spend somewhere between €100,000 and €200,000 to make the house their dream property. They are lucky because they bring in-house talent to the project: His wife, Lamona, is an architect and their daughter Miranda is a landscape architect. They will see their house for the first time at Easter and plan to be in the audience for the Passion of Christ performance. “We’re very excited,” he said.