The United Legwear and Apparel Company has done what it can to weather Donald Trump’s China trade war.

The New York business, which designs and wholesales everything from handbags to underwear, has passed some of the extra cost of the President’s tariffs onto the stores it supplies. It has moved some production out of China, to factories in Cambodia, Bangladesh and Egypt.

But these measures have failed to spare the 350-person company a multimillion-dollar hit to revenue.

The business is just one of countless U.S. companies large and small paying the price of Mr. Trump’s tariffs on US$250-billion worth of goods made in China. And it’s about to get worse.

On Sunday, Mr. Trump will impose duties on another US$125-billion in Chinese imports, with items from socks to headphones to televisions taking a hit. On Dec. 1, all other products, including mobile phones, children’s toys and laptops, will be subject to levies.

By the end of this year, all US$550-billion in goods traded from the world’s second-largest economy to the first will be hit by the President’s tariffs, as he tries to push Beijing into a trade deal. But Mr. Trump’s strategy has so far failed to bear fruit, raising fears its escalation will only trigger a recession in the U.S. and disrupt the global economy. And as the tariffs expand from covering manufacturing inputs to consumer products, U.S. consumers will start to directly see the costs.

What’s more, the President’s handling of the trade file has become increasingly erratic. Over the past week alone, Mr. Trump first unexpectedly increased this weekend’s tariffs from 10 to 15 per cent, then floated the possibility of a deal, before his administration confirmed two days later that the higher duties will go ahead after all.

Mr. Trump has also repeatedly suggested that tariffs are good economic policy – not simply a negotiating tactic – and falsely claimed that China is paying for them. It all has businesses worried that the President has no plan for getting out of the trade war, and that there is no end in sight for the economic distress.

“What I can assure you is that the Chinese government doesn’t pay the tariff. The Chinese factories don’t pay the tariff. I do,” said Jay Foreman, chief executive of Basic Fun, a toy company based in Boca Raton, Fla. “There’s no real thought behind this. He has no idea how the global economy works and we’re suffering for it.”

Mr. Foreman estimates that the tariffs will cost his company roughly US$10-million in the first six months of next year, which will completely erase its profits. The stores he supplies have told him that they won’t accept any tariff-related price increases, and the Chinese factories he contracts with are already operating on such tight margins that they cannot offer a discount, Mr. Foreman said, meaning that the cost of the trade war will come directly out of Basic Fun’s bottom line.

It is unclear, meanwhile, that China is feeling much pain from the trade war.

An analysis by the Peterson Institute for International Economics, a Washington-based think tank, suggests that while employment in the Chinese manufacturing sector has fallen since Mr. Trump’s first tariffs in March of 2018, this is actually a function of that country’s long-term shift toward a service-oriented economy and not a consequence of the President’s actions. Overall employment in China has grown during this period.

And despite more than a year of economic warfare, the two countries do not seem any closer to a deal.

“We haven’t seen any melting on the things that kept the two sides apart, so it’s hard to see how ratcheting up the tariffs is going to change that,” said Mary Lovely, an economics professor at Syracuse University and a Peterson Institute fellow specializing in China.

Prof. Lovely contended that it would make more sense to narrowly target China’s bad trade practices – such as by barring the import of goods made with stolen intellectual property – rather than bringing the hammer down on all products.

JLab Audio, a Carlsbad, Calif., company that designs headphones and other electronics, has already frozen employees’ pay for the rest of the year and put new hiring on hold. But the business isn’t entirely sure what to expect, given that Mr. Trump keeps sending mixed signals.

“We don’t know,” Win Cramer, JLab’s CEO, said when asked how significant a hit the tariffs would represent to his company’s revenues. “We don’t know simply because we don’t know what will change in the matter of a tweet in the next 72 hours.”

Derek Scissors, an expert on the Chinese economy at the American Enterprise Institute, a conservative think tank, said there are also good reasons Beijing would not want to make a deal, at least until after next year’s presidential election.

“If you make a deal with President Trump, how long is it going to last?” Mr. Scissors said. “He’s going to make a deal for political reasons. It’s not based on the quality of the deal and how it will benefit the U.S. in 2030. He doesn’t care.”

In the meantime, Mr. Trump’s unpredictability is making it harder for companies to make investments. And this, Prof. Lovely argued, is the most significant problem.

“If we had 25-per-cent tariffs on everything for a long time, the economy would adapt,” she said. “But it’s a moving target right now, and that is the problem, the uncertainty.” 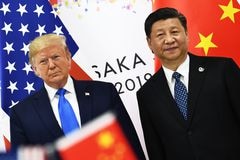 Trump tweets that GM should move Chinese operations ‘back to America again’
August 30, 2019 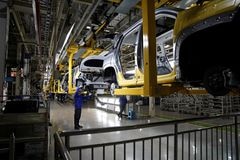 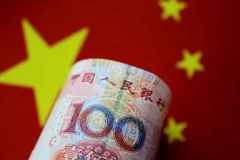