Ford Motor Co., General Motors Co. and Toyota Motor Corp. are closing all North American factories amid safety concerns stemming from the novel coronavirus, as global business continues to grind to a halt.

Ford said Wednesday it will close plants in Canada, the United States and Mexico at the end of the Thursday evening shift until at least March 30. The company will clean and sanitize the plants during that time, and will look to restart production while putting in place new safety measures to limit the spread of the disease caused by the coronavirus, COVID-19, such as social distancing among workers.

The company shut down an assembly plant in Michigan on Wednesday, after an employee tested positive for COVID-19, and the facility is being disinfected.

Toyota said it is halting production at all of its automotive and parts factories in Canada, the United States and Mexico for two days, March 23 and 24.

The company said it is taking that step for the health and safety of its employees, as well as due to an expected drop in demand related to the economic impact of the coronavirus.

Toyota said it will resume production on March 25, and will conduct a “thorough cleaning” during the shutdown

GM said it will begin a “systematic orderly suspension” of production through at least March 30 to “deep clean” facilities. The company will re-evaluate production on a weekly basis after that. “We have been taking extraordinary precautions around the world to keep our plant environments safe and recent developments in North America make it clear this is the right thing to do now,” chief executive Mary Barra said in a statement.

In a separate statement, GM Canada said it is “currently evaluating manufacturing operation schedules" and the details for each plant is still to be determined. GM employs about 3,600 hourly and 430 salaried workers at three plants in Ontario, which manufacture engines, transmissions and the Chevrolet Equinox SUV. The Oshawa, Ont., plant stamps body parts.

Ford, meanwhile, employs more than 6,900 workers at its three assembly and manufacturing plants in Ontario.

“We understand that this pandemic requires an extraordinary response, but Canadian auto workers must not bear the brunt of this crisis,” Unifor national president Jerry Dias said in a statement. The union, which represents auto workers, is calling on the companies to commit to full pay for workers during the temporary shutdown, whether unionized or not.

Fiat Chrysler Automobiles, which builds vehicles at two plants in Ontario, said late Wednesday it will cease production in North America through the end of March, and then re-evaluate.

Honda Motor Co., which has a vehicle plant in Alliston, Ont., announced Wednesday morning it would temporarily close its factories in North America for one week starting on Monday.

With reports from Patrick Brethour, Eric Atkins and Associated Press 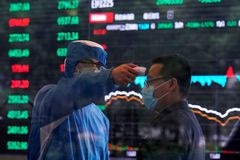 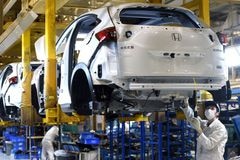 Ikea, Roots join other retailers in closing doors due to coronavirus outbreak
March 18, 2020 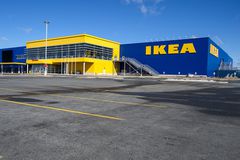