An educational organization launched by former Bank of Montreal chief executive officer Tony Comper and his late wife, Elizabeth, to combat anti-Semitism in Canada is bringing in new leadership as incidents of discrimination and hate in the community continue to rise.

Fighting Antisemitism Together or FAST launched in 2005 with backing from a coalition of more than 30 influential corporate leaders that included then-CEOs Ed Clark of Toronto-Dominion Bank, Dominic D’Allessandro of Manulife Financial Corp. and Michael Sabia of BCE Inc. Since then, the charitable initiative has built free education programs geared to middle schools and high schools, and has reached 4.4 million students at more than 22,000 schools.

FAST was conceived to push back against a rash of anti-Semitic incidents in 2004. But the number of such incidents has risen sharply since then, and a global movement protesting against systemic racism over the past several months has offered a “stark reminder” of the prejudices that still persist, Mr. Comper said.

Now FAST is joining with the Canadian Institute for the Study of Antisemitism, a scholarly organization that publishes the academic journal Antisemitism Studies. CISA founding director Catherine Chatterley, who teaches at the University of Manitoba, is taking over as FAST’s chair and president.

In 2004, B’nai Brith Canada’s League for Human Rights catalogued 857 incidents of harassment, violence and vandalism targeting Jewish people in Canada – the largest number in more than half a century. By 2019, the same audit tallied 2,207 incidents, an 8-per-cent increase from 2018 and the fourth consecutive year of record numbers. Some of that increase has been driven by increasing online harassment, which was up 11 per cent, according to B’nai Brith Canada.

“The obvious question is, if you’re doing such a wonderful job, why isn’t it having an impact on anti-Semitism?” Mr. Comper said. “The increase in the incidences justifies exactly why we’re doing what we’re doing and the need for it.”

FAST was Ms. Comper’s idea. The former elementary-school teacher was shaken by the rash of anti-Semitic incidents making headlines in 2004: “Kicking over tombstones, swastikas on garage doors, the burning of the [United] Talmud Torah school in Montreal,” Mr. Comper said.

Ms. Comper cornered her husband in the bathroom while he shaved and insisted they do something about it. Neither was Jewish, nor were the key backers Mr. Comper enlisted, who put up $10,000 each and added their names to the initiative. But non-Jewish leaders speaking out in support of Jewish communities became one of FAST’s distinctive features.

The Compers became convinced the best way to root out anti-Semitism was through the school system. They built educational materials, first on DVD and later online, and provided them to teachers free, tailoring the content to meet standards across different boards of education, in English and French.

“To fundamentally change, you need to focus on education of young people and equip them with an alternative narrative to what they’re hearing either at home, or in the street or in the school yard,” Mr. Comper said.

At its outset, Mr. Comper didn’t envisage FAST as a long-term project. “I thought, frankly, that it would burn out after maybe 18 months or two years,” he said. But its educational resources have been continually revamped and expanded as anti-Semitic incidents continue to rise.

The organization has been spearheaded by Ms. Comper, who died in 2014, Mr. Comper, who was BMO’s CEO from 1999 to 2007, and FAST’s executive director, Nicole Miller. Yet at the age of 75, Mr. Comper has been looking for a partner to whom he could pass the torch.

He has promised to fund FAST for the next two years, and plans to stay on as an adviser working with Dr. Chatterley to build a new, more sustainable structure for fundraising and administration. “We’re hopeful,” he said. “It’s early days.” 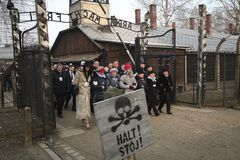 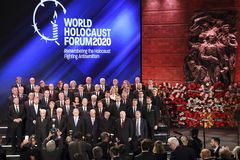