The former executive team of Coinsquare Ltd., a Toronto-based crypto asset exchange, has paid nearly $2-million in total penalties to the Ontario Securities Commission in a landmark case for the regulation of the nascent sector.

Former chief executive Cole Diamond and Virgile Rostand, Coinsquare’s founder and former president, admitted before an OSC panel Tuesday that, between July, 2018, and December, 2019, they allowed the company to inflate its trading volumes by executing 840,000 “wash,” or fake, trades.

The trades, which had no economic substance and never resulted in any crypto assets actually changing hands, accounted for 90 per cent of Coinsquare’s total volume of trades for that period.

The matter is the OSC’s first market manipulation case against a crypto exchange, and is a sign of the increasing willingness of securities commissions to assert their authority over such exchanges, which, up until this year, had operated in something of a regulatory vacuum.

In January, the Canadian Securities Administrators, the umbrella organization for the provincial securities commissions, put exchanges like Coinsquare on notice, explaining that if they retain “ownership, control or possession” of digital assets, then they will be seen as selling securities or derivatives.

The CSA’s guidance was largely seen as a reaction to the collapse of QuadrigaCX, a crypto exchange that the OSC concluded, in a report released this past June, had been operating a fraud that was akin to a Ponzi scheme.

At Tuesday’s hearing, OSC staff emphasized that the commission encourages innovation in the capital markets, but not at the expense of rules. “All market participants, including those in novel and fast-evolving industries, must act honestly and responsibly,” OSC litigator Carlo Rossi said.

In an e-mailed statement, Coinsquare said it co-operated in the investigation with a view to registering its business with the OSC. The OSC also acknowledged at the hearing that the company had been given incorrect legal advice that it was not subject to securities laws. In its statement, the company said: “We recognize this advice was wrong.”

As part of the settlement, Mr. Diamond is required to resign as CEO of Coinsquare. He is also prohibited from serving as an officer or director of any securities issuer in Ontario for three years.

However, an exception in the settlement agreement allows him to return as an officer or director of Coinsquare, or one of its affiliates, after one year, so long as that position is not with Coinsquare Capital Markets – which is the subsidiary seeking to register with OSC and deal in securities — or any other subsidiary participating in the market. He has paid a fine of $1-million.

Mr. Rostand, who paid a penalty of $900,000, is banned from serving as an officer or director of an issuer for two years. The settlement agreement grants him the same exception as Mr. Diamond, allowing him to return to Coinsquare after one year, so long as his role is not with Coinsquare Capital Markets or any affiliate participating in the market.

The case also represents another first for Ontario securities law: It is the first time a company has admitted to breaching rules that prohibit reprisals against whistle-blowers.

The hearing heard that a former Coinsquare employee, who was hired in November, 2018, and not identified by name, repeatedly raised concerns with senior management about the wash trading. When the employee learned that the OSC was conducting on-site inspections of Coinsquare in March, 2019, as part of the company’s efforts to register with the regulator, he shared his concerns with his immediate supervisor.

The algorithm that created the wash trades was briefly disabled, but within days, Mr. Diamond directed Mr. Rostand to start it up again, the settlement agreement states.

The whistle-blower eventually left the company on stress leave over his concerns, and on Dec. 3, 2019, he was terminated from his position, the agreement states. 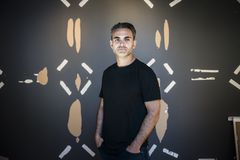