As the chief financial officer of Google, Montreal native Patrick Pichette would often make the trip home from Silicon Valley with the message that Canadian companies were too slow in fully embracing the digital economy. These days, he’s offering a different message for Canadian startups: Stay home.

Nearly three years ago, Mr. Pichette quit his US$20-million-a-year job as a senior executive at one of the world’s most powerful internet companies with plans to explore the world.

Now, after almost two years of steady travel, Mr. Pichette, 55, is focusing on the next chapter of his post-Google career. For that, he has set his sights on Canada, where he hopes to invest in building the next generation of entrepreneurial talent.

Earlier this year, he joined Canadian venture firm iNovia as a general partner, attracted by both its strategy to fund Canadian startups in order to keep them at home, but also by the firm’s global ambitions. Mr. Pichette is in the process of moving to Britain for the next several years, where he will establish a London office for iNovia and help steer the firm’s European expansion.

Persistent fears over a brain drain to the United States flared up again this month when researchers at the University of Toronto and Brock University in St. Catharines, Ont., published a study showing that as many as two-thirds of software-engineering graduates from the top Canadian schools were heading abroad to work, often to established firms in Silicon Valley, where they can earn significantly higher salaries.

Mr. Pichette argues that Canada has other advantages for its homegrown tech talent: an expanding tech ecosystem to support entrepreneurs, a more affordable work force for growing startups to tap into and a drastically lower cost of living than the San Francisco Bay Area.

“You don’t need to come to this kind of yellow brick road of Silicon Valley,” Mr. Pichette said over tea at Peet’s Coffee in Palo Alto, Calif., earlier this year. “Whether it’s in Waterloo, Vancouver, Montreal, Edmonton, there’s a great set of institutions that are supporting you now. So there’s no reason to come here to pay six times the wages and live in poverty.”

A critical component of keeping Canadian tech talent at home is funding promising startups with Canadian money to dissuade them from selling out to U.S. tech giants.

For the roughly eight years he was at Google, Mr. Pichette took on an ever-expanding array of responsibilities. In addition to his CFO duties, he oversaw business operations, real estate and human resources – at a time when the company was hiring 2,000 employees every quarter – and was also involved in the company’s restructuring into Alphabet, Inc.

Eventually he had taken on as much as he could. “Once you’ve done the Rubik’s Cube five times, how many more times do you want to do it before you jump to something else?” he says.

He also knew he was never likely to become Google’s chief executive, given that the company’s strong engineering culture meant the top job would probably always fall to someone with a technical background.

During a 2014 trip to climb Mount Kilimanjaro for his birthday, his wife, Tamar, asked him what he has called the “killer question”: When will it be our time?

He and Tamar embarked on a series of epic adventures – trekking to Everest Base Camp, touring Antarctica, cycling across the United States on the Continental Divide Trail, among many others.

His March, 2015, resignation letter – which said he was retiring to actually spend more time with his family – was quickly leaked to the media. It sparked a widespread conversation about the pressure of trying to achieve work-life balance in hard-charging Silicon Valley. The U.S. media were also critical, wondering aloud if the opportunity to quit your job and travel the world was something that would only ever be open to the country’s techno elites.

Mr. Pichette calls the issue of work-life balance a “personal decision” – different for everyone. He also acknowledges that he has been blessed with financial resources, but he says much of the travel was done on the cheap – staying in Airbnbs, taking low-cost flights, hiking, biking and rock climbing.

In a world where everyone will probably be working well into their 70s, Mr. Pichette says 50 is an ideal age to take a mid-career break. “I highly recommend it to everybody,” he says.

Last summer, he began to wonder what was next. “Every year that I spend on a hedonistic lifestyle is a year that is not contributing,” he says. “You can’t run away from who you are.”

He had his pick of offers in Silicon Valley, although he quickly ruled out returning to life as a corporate executive, with the kind of hectic schedule that would leave little time for travel.

He joined the board of Twitter in December at the urging of the social-media firm’s executive chairman, Omid Kordestani, a friend from his Google days. But Canada was calling to him for new investment, he says.

His globe-trotting also rekindled an activism for the devastating effects humans are having on the planet. “The biggest lesson from my travels on the environmental side is how small the planet is and how fragile it is and how we’re just pounding the hell out of it,” he says.

In 2013, Mr. Pichette was part of a group of private investors who partnered with the Nature Conservancy of Canada to purchase 65,000 acres (26,000 hectares) of western Quebec wilderness from Oxford Properties, the real-estate arm of the Ontario Municipal Employees Retirement System, for a reported $37.5-million in order to protect the area, known as the Kenauk lands, from development.

Along with offering outfitter services, the partners established the Kenauk Institute, a research centre that partners with scientists to study the health of the local ecosystem. The long-term goal is to create a permanent wildlife corridor for species migration.

Beyond investing in Canada, Mr. Pichette is planning the next phase of his global adventures, which include moving to London for the next several years before he ultimately hopes to return to Canada.

He competed in the 160-kilometre Canadian Ski Marathon this winter in Quebec, is training for a half-Ironman Triathlon in Scotland this summer and recently returned from Ethiopia, where he travelled with Stanford University ophthalmologist Geoff Tabin, who was performing cataract surgeries.

After spending almost a decade helping run one of the world’s largest tech firms and then two years travelling the world, Mr. Pichette says his life is only getting started. “I’ve done in 18 months what people would do in 20 years,” he says. 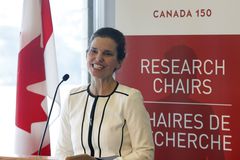 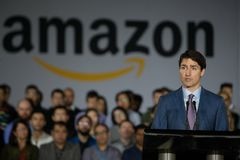 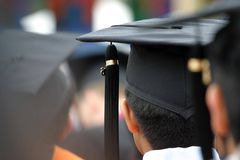 Opinion
Canada’s brain gain – the reverse migration of tech talent is happening
May 7, 2018 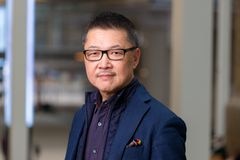 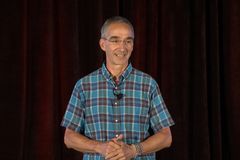