Fortress Real Developments Inc. is seeking large fee payments for work it has done negotiating new financing for some of its troubled real estate developments, even as syndicated mortgage investors are facing significant losses on some of the projects.

FAAN Mortgage Administrators Inc., which was appointed last year to take control of Fortress’s $560-million in outstanding syndicated mortgage loans, filed a report in court this week saying it has received many requests from Fortress to approve deals that include fee payments for negotiating new loans or sales of projects.

FAAN said it “faces a dilemma” in reviewing the deals because of the size of the proposed fee payments for Fortress and because the deals are often presented as the “only option” available for investors. The trustee said it cannot verify the available options because it is not involved in the negotiations.

“The trustee has faced challenges testing these assertions by borrowers and Fortress,” FAAN said. “Notably, the trustee does not have control over any sale or refinancing process conducted by the borrowers on the real estate development projects.”

Fortress said Wednesday it has proposed sales that would provide “substantial coverage” to syndicated investors and has proposed reasonable fees and compensation for the transactions. FAAN has so far not accepted any of the structured sales that Fortress has proposed, the company added.

“Our understanding is that FAAN would submit all parties to the same process for assessment of compensation,” the company said in an e-mailed statement.

Fortress was a pioneer in bringing syndicated mortgages, which are provided by a group of lenders, to regular retail investors. It arranged $920-million in loans from 14,000 investors between 2009 and 2017 to finance real estate projects for developers across Canada, including many condominium projects.

Last of mortgage brokers affiliated with Fortress goes out of business

Inside the fall of Fortress

BDMC was administering loans on more than 40 projects on behalf of 11,000 individual investors at the time FAAN took control. Almost all of the syndicated loans rank below loans from senior institutional lenders in priority for claims on the properties.

In April last year, the RCMP searched the offices of Fortress and affiliated companies as part of a syndicated mortgage fraud investigation, but no charges have been laid in the case.

In its latest court filing, FAAN said it has received many requests from Fortress to approve deals with fee payments for sourcing and negotiating transactions, or to approve “other forms of consideration being paid to Fortress for any number of other reasons.”

In the case of the Charlotte Adelaide condominium project in downtown Toronto, for example, FAAN said Fortress executives negotiated a proposed $16.5-million sale of the property, which would see the senior lender fully repaid.

FAAN said when it received the Charlotte Adelaide deal terms, it learned that a Fortress development company would be paid $4-million in fees for its work on the negotiations. FAAN said it opposed the payment and instead negotiated a $425,000 fee for the service.

“The trustee strongly disagreed with the quantum of fees being proposed to be paid to Fortress under a transaction where the CHAT SML investors would suffer a significant shortfall and the CHAT-LH1 investors would not receive any recovery on their investments,” FAAN said.

The Charlotte Adelaide sale deal has not been concluded because a lawyer representing a syndicated mortgage investor has raised questions about the transaction, FAAN said, and discussions are still continuing.

FAAN has asked the Ontario Superior Court to approve a new protocol that would require any deals with proposed payments to Fortress that total 5 per cent or more of the transaction price to receive court approval. Under the terms, Fortress would be required to file evidence in court justifying the payment. For other transactions with smaller payments, the trustee can decide whether to seek court approval.

The new FAAN report also offers an update on the status of many Fortress projects, revealing more cases in which it appears syndicated mortgage lenders will face losses on their investments.

For example, FAAN said it now appears “highly unlikely” there will be any recovery for syndicated investors in the two phases of Fortress’s Mississauga Meadows housing projects, where investors are owed $8.8-million.

Syndicated mortgage investors in the Triple Creek project in Calgary are also unlikely to recover any of their $15.4-million investment because the land has been listed for sale for $3-million, which would not even repay the $5.8-million owed to senior-ranking lenders, FAAN said.

FAAN said the Capital Pointe Project in Regina has also been listed for sale at an asking price of $8.5-million. If a buyer is found at that price, it would leave little recovery for syndicated lenders owed a total of $33.3-million, especially since higher ranking loans totalling $4.5-million must be repaid first.

The report also said there have been no formal offers to buy the Collier Centre retail and office development in Barrie, Ont., which was seized last year by senior lender Morrison Financial and put up for sale.

Morrison will retain the property and transfer it to a related entity for an amount equal to the highest informal offer it received, FAAN said. That valuation was not revealed, but is less than the $29.6-million Morrison was owed as the senior lender, FAAN said, which means there will be no money to repay any of the syndicated mortgage investors. They are owed $52.9-million.

Meanwhile, FAAN said there have been no offers yet to buy the South Shore project in Keswick, Ont., where syndicated lenders are owed $29.2-million. FAAN said it has received no information on whether a potential sale of the Kemp project in Barrie will proceed, leaving syndicated investors unsure whether they will recover any of the $18-million they are owed. 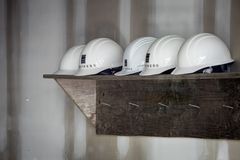 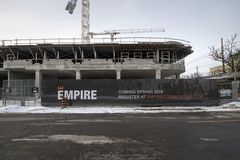 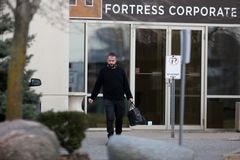