You enter a small store with a cozy atmosphere and are drawn in by the music playing in the background, bringing back memories of days long past.

The only problem is, in four out of five cases – according to a recent survey – the music is being broadcast illegally, depriving composers, producers, editors and musicians of the royalties they’re entitled to earn.

The Leger poll found that while 77 per cent of small businesses with 10 employees or less played background music, only 11 per cent paid the fees to broadcast publicly. When only those who play music are counted, 12 per cent pay the fee while 81 per cent don’t – in violation of Canadian law.

“Canadian law states that if you use music in a business and if the public – your customers – hear that music, you must obtain authorization, a licence from the rights holders,” said Eric Baptiste, the chief executive of Canadian rights-management organization SOCAN, which represents songwriters, composers and publishers.

SOCAN and RE:SOUND, which works with singers, musicians and producers, together are responsible for managing rights and collecting and distributing royalties across Canada.

The Leger poll found that non-compliance with the law was overwhelmingly because of ignorance: 82 per cent of the businesses surveyed said they had no idea they had to pay rights for public broadcast.

“We have to educate people who visit businesses, who find themselves in veterinarian and dentists’ offices, and educate entrepreneurs and business owners that there are rights to pay,” said Mathieu Peloquin of Stingray, which sells music rights and commissioned the survey.

While he didn’t go so far as to question the poll, Mr. Baptiste said he was surprised by the level of non-compliance found in the survey.

“Our own numbers, our own research found that the proportion of [those who pay] is higher than that because, for example, SOCAN has 100,000 licensed institutions that pay rights directly to songwriters.”

But Mr. Peloquin said the Leger survey showed higher levels of non-compliance precisely because it targeted small stores, such as doctors’ or vets’ offices, small restaurants and bars, and independent businesses.

“Of course, the big players make sure to pay the performance fees for the background music they play, but when you look at businesses with between one and 10 employees, that’s where the problem is found,” he said.

Examples of illegal broadcasting include making a playlist of music from a personal collection of tunes downloaded on iTunes or another platform. Even music that has been legally purchased, or streamed on a service such as Spotify, cannot be played unless store owners pay an additional fee for broadcast rights.

Only one in 10 of the businesses surveyed by Leger said they used a distributor such as SiriusXM or Stingray, which can be legally played because the broadcaster covers the rights.

Ask a person if they’d be willing to pay for something already available for free online or over the air, and most will respond with a no.

Business owners are no exception, according to the survey, which found that 80 per cent of small business owners would not pay for background music, and of the 18 per cent that said they would, the majority (13 per cent) specified that they’d only pay “a small amount.”

“Many say music is important for their activities, for their business prosperity, but they have a certain reluctance to accept the price,” Mr. Baptiste said.

That price, Mr. Peloquin points out, isn’t very expensive. Prices are set according to a commerce’s square footage and number of clients, meaning that many small businesses would pay $100 or less a year.

The Leger survey was conducted between Jan. 4-19 and questioned 510 small businesses with 10 employees or less across Canada through phone interviews with owners and managers of small stores, restaurants, service or entertainment-based businesses, and veterinary clinics.

The margin of error is about 4.3 per cent, with an accuracy of 95 per cent.

Editor’s note: An earlier version of this Canadian Press story said that playing the radio in one’s store is an example of illegal broadcasting, and store owners must pay for broadcast rights. In fact, the practice is legal in certain circumstances covered by an exemption under section 72.1 of the Copyright Act. 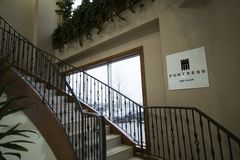 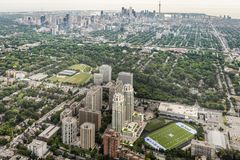 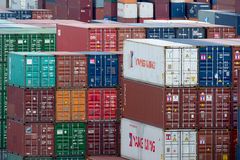