Teck CEO Don Lindsay told a CIBC investor conference in Banff, Alta., the company may not move ahead on the massive Frontier oils sands mine even if it receives pending government approval, because of weak energy prices, daunting development costs and lack of the pipeline capacity needed to get its crude oil to refineries. Mr. Lindsay said: “We’ve told the government that for it to be developed, we need three Ps: The first is the pipeline has to be finished, not just started, finished. We need a partner. We need price.”

While Vancouver-based Teck has consistently said Frontier will only go ahead if the economics of the project make sense, the fact that Mr. Lindsay openly expressed concerns ahead of a federal Liberal government decision on the mine that was expected by the end of February raises the political stakes.

Alberta Premier Jason Kenny has made approval for the Frontier mine a litmus test for the Prime Minister Justin Trudeau’s support for the province. On Monday, Mr. Kenney said: "I’ve been very clear to the Prime Minister … if they say no to this project, then they are signalling his earlier statement, that he wants to phase out the oil sands.” On Tuesday, federal Environment Minister Jonathan Wilkinson said the approval of the mine would not affect provincial efforts to help Canada meet its climate goals and added the government has the right to delay its decision.

On Wednesday, Mr. Lindsay said "it’s anyone’s guess” as to whether the federal government would endorse the project, and what conditions Ottawa would impose. Teck’s CEO was speaking at a CIBC conference that was moved last year from Whistler to Banff, after the mayor of the B.C. ski resort kicked off industry protests by writing a letter to oil companies demanding they pay for the impact that climate change was having on Whistler.

If built, Frontier is expected to produce 260,000 barrels of oil a day for up to 40 years. Critics have said the project can only turn a profit if North American oil prices are above US$75 a barrel, which is more than US$20 higher than current prices.

Mr. Lindsay sounded a cautious note on Frontier at a time when Teck has been plagued by higher-than-expected costs on other mining projects. In a recent report, Bank of Nova Scotia analyst Orest Wowkodaw said: “Teck shares have significantly under-performed their peers over the past six months, in our view, largely from heightened investor anxiety related to the development of the US$4.7-billion Quebrada Blanca copper project in Chile.”

Teck is already involved in the oil sands as a junior partner in the Fort Hills mine, which began producing oil last January and is co-owned by Suncor Energy Inc. and Total SA. However, energy is a small part of Teck’s business, currently making up less than 4 per cent of company’s earnings before interest, taxes, depreciation and amortization, or EBITDA. The bulk of Teck’s EBITDA comes from mining copper, zinc and metallurgical coal, which is used to make steel.

Teck has yet to launch a full feasibility study on the Frontier mine that would help establish whether the project could be profitable. Even if the project was proven to be economically viable, there is great uncertainty as to whether Teck could raise capital for what would be one of the most expensive mines ever built.

After a few cautionary tales during the great commodities bull run of the late 2000s, the mining industry has become extremely wary of megaprojects, and investors have been reluctant to fund them. About seven years ago, Barrick Gold Corp. was forced to retrench after a failed attempt to build a massive gold mine high up in the Andes. After spending $8-billion, Barrick abandoned the project amid environmental challenges and huge cost overruns.

With reports from Niall McGee and The Canadian Press 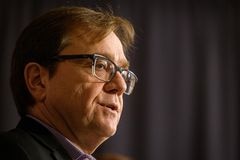 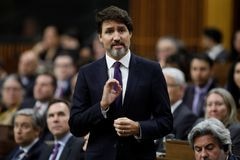 Opinion
Approving the Frontier oil sands would rob Alberta of a promising and realistic future
January 28, 2020 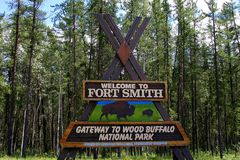