James Iranzad is still angry about what happened on New Year’s Eve.

Like many B.C. restaurateurs, the partner in Gooseneck Hospitality – which operates popular Vancouver restaurants Wildebeest, Bufala, Lucky Taco and Bells & Whistles – was looking to New Year’s Eve as a rare bright spot amid the misery that has defined the industry throughout the COVID-19 pandemic.

Instead, the province blindsided the sector with an 11th-hour decision to ban liquor sales after 8 p.m. on Dec. 31, leaving businesses with kitchens and bars full of product that they wouldn’t be able to sell.

“We took all these reservations and spent a lot of money bringing in food and drink that’s specific to one night and then they impose this restriction on us at the very last minute,” he said. “It was just unconscionable to me. It’s so irresponsible to do that to an industry.”

As restaurants across the country fight to survive, industry watchers say there is growing frustration over a lack of data that conclusively links restaurants to COVID-19 infections.

The lockdown measures across the country that ban indoor dining have taken an enormous toll. More than 10,000 restaurants have permanently closed while legions of waiters, servers and bartenders have been laid off, according to data from Restaurants Canada.

Even among restaurants that remain open, eight in 10 are either losing money or barely scraping by, the association said.

And as industry proponents like to point out, many provinces have continued to see a spike in cases despite a ban on indoor dining.

Of the roughly 266,363 cumulative COVID-19 cases in Ontario, only about 575 infections have been linked to an exposure at a restaurant, bar or nightclub, according to provincial data.

But a spokeswoman with Ontario’s Ministry of Health said indoor dining is regarded as a higher risk activity “given what we know about how the virus transmits from person to person.”

“That’s the reason why restaurants are open for takeout and delivery only,” Anna Miller said in an e-mail.

She added that if the spread of the virus is not contained, it often results in widespread community transmission that can’t be traced back to a specific setting.

The Quebec government has also imposed restrictions, and Quebec restaurant and bar owners were incensed after finding out the closure of dining rooms was not recommended by public health.

“Restaurants have been closed since October and we still see numbers steadily rising,” said Julie Couture, a spokeswoman for Quebec’s restaurant association.

“We’re clearly not the problem but we can be part of the solution,” she said. “It’s better for these gatherings to take place in supervised environments with protective equipment and frequent sanitization.”

Adding to the frustrations of restaurant owners is the money spent redesigning their spaces to allow for physical distancing, installing Plexiglas barriers, increasing ventilation, adding air filters and ensuring proper sanitization measures – only to be closed.

In B.C., where indoor dining has continued with restrictions, the province does not have clear data on whether it’s a notable source of transmission.

“We don’t have the specific number of cases that are directly linked to transmission at restaurants, bars and nightclubs, but we do know that the virus easily spreads when we gather in groups,” Sabreena Thouli, a spokeswoman for the B.C. Ministry of Health, said in an e-mail.

Yet it’s that lack of concrete data that is causing consternation in the industry, said Cyrus Cooper, a professor of restaurant management at Centennial College in Toronto.

“A lot of restaurants are saying, ‘Show us the proof as to why this closure of indoor dining is needed,’ “ he said.

“There is a sense of frustration with respect to why the decisions are being made and the data backing up those decisions. That’s what restaurateurs want to know.”

“This is an industry that wants to follow the rules and keep customers and staff safe,” he said. “What we’d like is for governments to look at our industry and say, `What are the things we can do to keep them open,’ as opposed to `How long can we keep them closed.’ "

If governments don’t start working with restaurants on a solution, Mr. Rilett warned there could be a backlash.

“Many people are at the breaking point. They’re looking at their bills and thinking, ‘This is the end for my business.’ " 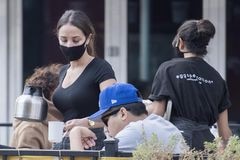 Restaurateurs across country say we all have a stake in their economic health
September 5, 2020 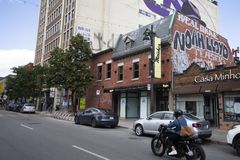 Restaurateurs terrified of losing their livelihoods are turning to takeout, going to work despite the risks
April 4, 2020 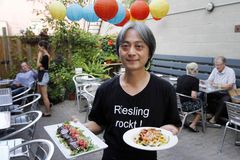