Hamilton’s Fusion Pharmaceuticals Inc. is set to go public as early as this week after setting an initial price range for its Nasdaq offering on Monday that would see the company raise as much as US$153-million.

Fusion said in a filing with the U.S. Securities and Exchange Commission it plans to offer 8.35 million shares at between US$14 and US$16 a share, plus an option for its four underwriters – Morgan Stanley, Jefferies, Cowen and Wedbush PacGrow – to buy another 1.25-million shares at the issue price. The total offering would raise US$153-million if it sells for the high end of the range and the underwriters take their option. Fusion filed its registration statement publicly with the SEC on June 5.

Based on information filed with the regulator, Fusion’s anticipated market capitalization at issue would range from US$525-million to US$620-million.

That could quickly increase depending on demand, which has been strong for biotechnology companies this year amid heightened investor interest for drug developers pursuing new therapies. They include several “precision oncology” startups, such as Fusion, that take a new approach to fighting cancer with more targeted treatments than traditional approaches. Fusion acquires antibodies from other drug companies, then links them to radioactive particles to kill cancer cells in select patients.

Last week, Repare boosted the planned size of its IPO twice and saw its stock jump by more than 50 per cent after it began trading Friday – consistent with other recent offerings by U.S. biotechnology companies and giving the company a valuation of more than US$1-billion.

Biotech companies have delivered big returns to investors in recent years, although in Canada the beneficiaries have primarily been a smattering of venture capital firms and Quebec institutional investors with a long history of supporting the sector, notably the Fonds de solidarité FTQ. The lack of institutional investor support from outside the province has been a bone of contention for entrepreneurs and venture capital investors in the sector.

The Fusion IPO could prove to be a turning point, as it drew a rare investment from the Canada Pension Plan Investment Board, CPPIB’s first direct investment in a Canadian drug developer. The board invested US$20-million for its 8.48-per-cent stake in the company earlier this year. Even at the low end of the IPO price range, CPPIB’s 2.47 million shares are already worth at US$34-million, which is 70 per cent more than the board invested.

Fusion is one of several Canadian biotech companies that can trace their roots to efforts by governments over the past 10 to 15 years to support the commercialization of Canadian science. The company was spun out three years ago from the Centre for Probe Development and Commercialization (CPDC), a body established in 2008 by the Networks of Centres of Excellence, Hamilton’s McMaster University and the Ontario Institute for Cancer Research to discover, develop and distribute radiopharmaceuticals. CPDC founder and McMaster chemistry and chemical biology professor John Valliant is chief executive of Fusion, and his CPDC colleague Eric Burak is the company’s chief scientific officer.

The company is conducting its first human trials on its lead product, known as FPI-1434, with plans to report initial data about three to six months after it fully resumes clinical work once disruptions caused by the novel coronavirus pandemic have passed.

This has been a strong year for biotech IPOs, with more than two dozen issues south of the border raising a combined US$3-billion, soon followed by an average share price gain of 86 per cent, said Morgan Stanley’s managing director and chair of biotechnology investment banking Jessica Chutter, the lead banker on the Repare and Fusion IPOs. 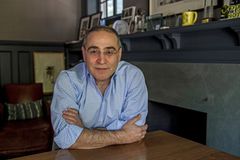 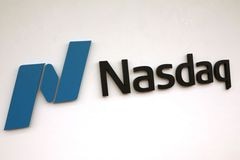 Fusion the latest to seek listing on Nasdaq in a flurry of Canadian biotech IPOs
June 8, 2020