Fusion Pharmaceuticals Inc., a Hamilton-based cancer-treatment company, is seeking to be listed on the Nasdaq exchange, part of a surge of Canadian biotech companies going public in the United States.

On Friday, Fusion filed its registration statement with the U.S. Securities and Exchange Commission for an initial public offering of US$100-million worth of common shares. The IPO will be co-led by U.S. investment banks Morgan Stanley & Co., Jeffries Financial Group Inc., Cowen Group Inc., and Wedbush Pacgrow.

Fusion is the third Canadian biotech company to seek a listing on the Nasdaq in a little more than a week. On May 29, Montreal-based Repare Therapeutics Inc., registered for an IPO, which was also worth US$100-million in common shares. On June 3, Chinook Therapeutics Inc., a kidney-disease drug developer that is jointly headquartered in Vancouver and Seattle, announced it was merging with Nasdaq-traded Aduro Biotech Inc. – a move that was, in effect, a reverse takeover.

The flurry of moves to the Nasdaq, biotech observers said, speaks to Canada’s expertise in the development of what are known as precision medicines – targeted treatments that take into account the variabilities in individual patients, as opposed to one-size-fits-all approaches to drug development. Fusion, for instance, acquires antibodies from other drug companies, linking them to radioactive particles to then kill cancer cells in select patients.

Fusion’s IPO “reaffirms Canada’s leadership in precision medicine,” said Jean-François Pariseau, the co-founder of Amplitude Ventures, a Montreal-based biotech investment firm. Mr. Pariseau attributed the surge to government programs to reignite the sector in the early 2010s – policies that were enacted after several major pharmaceutical companies pulled their research and development out of Canada.

These efforts to “support Canadian innovation are starting pay off and we are starting to see the emergence of companies competing at a global scale supported by more experienced entrepreneurial talent,” Mr. Pariseau said.

Although Fusion is part of a trend, it is exceptional in another respect: It is one of the only Canadian biotech companies that has attracted a Canadian institutional investor from outside of Quebec. In January, Canada Pension Plan Investment Board invested US$20-million in the company. Up until that point, the only Canadian institutional investors regularly backing biotech companies and venture capital firms had been Caisse de dépôt et placement du Québec, Fonds de solidarité FTQ, the Quebec government’s Investissement Québec and Power Corp. of Canada.

“Fusion filing for an IPO is just another example of the fantastic momentum and quality of innovative science in Canada’s health care sector. The only disappointment with this story is that Canadians own such a small piece of the company," said Peter van der Velden, managing general partner of Toronto’s Lumira Ventures.

"It simply speaks to the need to increase the size of domestic health care VC funds so that they are better capitalized to fund the entire financing continuum for our best stories,” Mr. van der Velden said.

A spokesperson for Fusion declined to comment for this story, citing SEC rules.

The founder of Fusion and the company’s chief executive officer, John Valliant, is also as a chemistry and chemical biology professor at Hamilton’s McMaster University, a position he has held since 1999. 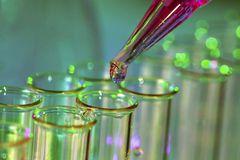 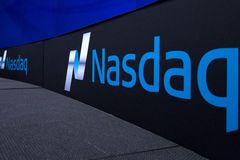 Follow Greg McArthur and Sean Silcoff on Twitter @McarthurGreg @SeanSilcoff
Report an error Editorial code of conduct
Due to technical reasons, we have temporarily removed commenting from our articles. We hope to have this fixed soon. Thank you for your patience. If you are looking to give feedback on our new site, please send it along to feedback@globeandmail.com. If you want to write a letter to the editor, please forward to letters@globeandmail.com.
Comments