For those who don’t give much thought to the origin of everyday household items, the Canadian roots of the disposable trash bag may come as a surprise.

Every day, Canadians buy more than a million Glad garbage bags, an essential staple item created in 1950 by Canadian inventors Harry Wasylyk and Larry Hansen. Originally intended for commercial use, the polyethelene bags were first sold to the Winnipeg General Hospital before Union Carbide Company bought the idea in the 1960s. They then began manufacturing them for household use under the brand name of Glad.

It would be yet another Canadian who would finesse the trash bag as we know it today through the discovery of compostable plastics. In 1971, University of Toronto chemist James Guillet developed a plastic material that decomposes when left in direct sunlight, paving the way for the sustainable waste management solutions that have since become synonymous with Glad and the Clorox Company of Canada, which owns the brand today.

Now in its 51st year of operation, the world’s only manufacturer of Glad compostable bags is located in the south-central Ontario town of Orangeville at a facility that operates at full capacity with 120 staff. A designated “zero waste to landfill” site, the Orangeville plant is a Canadian success story, recently doubling capacity for its compostable bags manufacturing line while also making clear, black and white garbage bags, blue recycling bags, and Cling food wrap.

It has also invested significantly in reducing its energy use and overall footprint in its factory, through measures such as installing LED lighting and office skylights, utilizing more efficient HVAC units, and upgrading the plant’s air compressors. Sustainability is a key objective of the $22-million in investments the company has made over the past six years, including new manufacturing infrastructure that will reduce the use of materials like plastic resin while improving the strength of compostable bags.

“In the manufacturing of trash bags, a very high percentage of overall costs is associated with the cost of resin,” says Mike Pilato, president and general manager of the Clorox Company of Canada. “Our main objective is to minimize the resin we use while ensuring the customer also has a strong bag.

“We’ve invested to double our output because we know that in municipalities that allow compostable bags, the compost participation rates are three times higher, which help divert waste away from landfills.”

Since the late 1980s, Glad has partnered with cities from Vancouver to Halifax to launch waste diversion programs across Canada, providing residents with product samples and education to increase their participation. Some of those products include almost all of Ontario’s clear, blue and compostable bag programs, clear bag garbage and blue bag recycling programs in Newfoundland, and the introduction of compostable bags in Montreal and Calgary.

In addition, for the past eight years, Glad has also supported cleanup initiatives with annual events in 21 cities both large and small, from Iqaluit and Chilliwack, B.C., to Brockville, Ont. and Edmonton.

As of 2016, approximately half of Canada has been on a curbside compost program, a number expected to grow significantly in the next 10 years thanks to new waste diversion efforts such as Ontario’s Food and Organic Waste Framework, which requires all businesses, institutions and high-rise buildings to prevent food waste.

“We have transformed from making garbage bags into a company that educates the public on composting – and it is that ability to adapt to changing needs and times that has kept us thriving for 51 years,” Mr. Pilato says.

Over the past two decades, Canadian manufacturers have increasingly adopted more innovations to increase efficiencies and cut costs, including computer-driven technology, 3-D printing, and automation, says Paul Preston, director of science, technology and innovation policy at the Conference Board of Canada. However, the gap between Canada and other countries continues to widen.

“Canadian Manufacturers and Exporters conducted some interesting studies which show we’re lagging on tech adoption and not improving fast enough to close the gap we have with peers like Germany,” Mr. Preston says. “One of our challenges is over 99 per cent of our companies are small to medium sized. We need to find new ways to encourage investment and technology – and to do that, we need more companies to scale and grow.”

One potential solution could be to reallocate carbon pricing schemes so more funding goes toward tech adoption and automation in the manufacturing sector, Mr. Preston says.

“Another recommendation is for enhanced depreciation rates – being able to write off technology over a shorter time frame than the typical 10 years and also providing tax credits for tech adoption,” he says. “The key lies in not just enhancing the ability of companies to develop manufacturing technology, but also the ability of the manufacturing sector to adopt it in ways that make good business sense.”

Darren Lawless, the dean of Applied Research and Innovation at the Humber Institute of Technology and Advanced Learning, concurs. This January, Humber will launch the ground-breaking Barrett Centre for Technology Innovation (BCTI), a 93,000-square-foot facility intended to assist manufacturing companies increase their capacity to benefit from transformative technologies.

Students, faculty and technicians will work with industry partners and community organizations to solve business challenges, respond to new markets and become more globally competitive. The Barrett Family Foundation donated $10-million for the completion of the centre, and to Humber’s Access to Education and Skills Training fund, which provides tuition scholarships for students.

Additional companies that are part of the BCTI include Festo Didactic Inc., Cisco Canada and SEW-Eurodrive, all of whom have entered into five-year partnership agreements designed to address the skills gap between industry and education.

“This is a new approach to education, where we act as active listeners and work with industry to address their needs,” Dr. Lawless says. “Rather than traditional classrooms, we’ll have interactive demonstration areas, prototyping labs and makerspaces where we can solve the problems preventing Canadian companies from growing to their maximum capacity.”

It is precisely such collaboration between businesses, policy-makers at all levels and end users that is key to success in the manufacturing industry, says Mr. Pilato at Glad.

Recently the firm partnered with York University’s Faculty of Environmental Studies to assess the performance of existing recycling programs in Canada. Ideally, such findings would identify the most cost-effective systems for generating the highest diversion rates from landfills, while significantly lowering contamination. The information can be used to help Canadian municipalities make informed decisions about their recycling programs that will also them help minimize costs.

“The raw data from municipalities was out there, but no one had taken the time to parse through it and produce a digestible study to share the learnings with provincial and municipal stakeholders,” Mr. Pilato says. “Policy makers set aggressive targets and goals for cities, but they don’t have the insight into their residents that we do. Glad has invested research dollars to speak directly to residents and better understand their pain points when it comes to waste diversion. As a result, we have a strong understanding of what Canadians need.

“When it comes to waste diversion, we’ve found that most Canadians want to do their part for the environment, but that they are often left frustrated by the complexity of managing waste in their homes. At Glad, our goal is to offer help by providing solutions for easy collection and storage of all waste types, while reducing the overall ‘ick’ factor associated with waste in the home.”

Biotech manufacturer sees its Prince Edward Island location as a plus
September 7, 2018 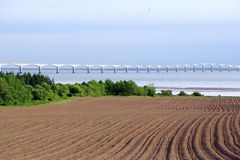 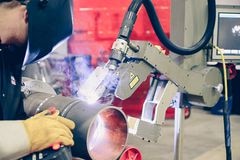 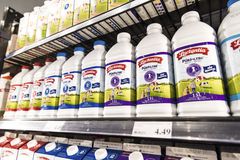