Canadian security company GardaWorld is mounting a hostile takeover attempt for British rival G4S PLC worth £3-billion ($5-billion), betting it can stir investor support for an offer after being snubbed in three previous approaches over three months.

Montreal-based GardaWorld Corp. revealed its intentions to acquire G4S Monday, appealing to G4S shareholders directly to force the board of directors into talks. GardaWorld said it has tried three times to engage the G4S board since June 15, but that each time it was either “summarily dismissed or ignored.”

“G4S needs an owner, not a manager,” GardaWorld chief executive officer Stéphan Crétier said in a news release announcing the offer. “GardaWorld has 25 years of experience in the sector and we know how to improve and repurpose this business. As owner-operators, we believe that the combined business’s operations will offer a better future for all those who depend on G4S."

Going hostile on a target this large is a bold move for Mr. Crétier and GardaWorld’s majority owner, British private-equity firm BC Partners, which bought control of GardaWorld in 2019 in a deal worth $5.2-billion and has pledged to finance the G4S transaction. Winning G4S is a key piece in GardaWorld’s strategy to build the world’s “leading security services business,” the CEO said.

“This will be the tiddler swallowing the whale,” Markets.com analyst Neil Wilson said. “Since the pandemic G4S’s valuation has made it more appealing, whilst revenues of about £7-billion annually ($11.8-billion) remain far ahead of GardaWorld.”

G4S has not delivered for shareholders, customers, employees or the public, GardaWorld said in the news release, adding that the company needs new, professional and experienced leadership to bolster its prospects and “distance the business from its unhappy past.” GardaWorld called on G4S shareholders to ask the board to begin discussions.

In the past year, G4S has had to allay investor concerns after setbacks, including charges that some executives had defrauded the British Ministry of Justice, as well as a decision by Norway’s wealth fund to shun investments in the company. It sold off most of its cash-handling business in February to U.S. peer Brink’s Co. and, in July, announced plans to lay off some employees at its retained British cash operations, which have attached pension obligations.

Mr. Crétier is a former baseball umpire who founded GardaWorld in 1995 with a second mortgage of $25,000 on his home. He and other members of GardaWorld’s management team own a 49-per-cent stake in the privately held company. By contrast, the G4S board and management hold virtually no shares in that company, GardaWorld said.

GardaWorld is offering 190 pence for each G4S share, a roughly 31-per-cent premium to G4S’s average stock price over the previous 30 days. The bid offers “immediate and certain” value for shareholders and a more sustainable future for other stakeholders, BC Partners chairman Raymond Svider said.

“The Board believes that the timing of the proposal is highly opportunistic, coming as it does at a time of severe turbulence in global financial markets,” London-based G4S said in a statement. It urged its shareholders to not take any action.

Folding G4S into GardaWorld would yield one of the world’s largest private employers – a global security company with more than 600,000 people. The two competitors sell protection services across the world to clients such as airports and embassies and also do cash handling.

GardaWorld last year considered an offer for some or all of G4S, but by May had opted not to pursue a deal. The way GardaWorld handled that mooted bid did little for its credibility, the Financial Times said Monday in its British business column. G4S did not even receive a request for information, let alone a bid proposal, in the month it took GardaWorld to pull out, the FT said.

“The private equity-backed group was regarded then as too small and with too much leverage to be a serious bidder for G4S,” the newspaper said. “This time is different.” 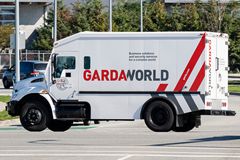 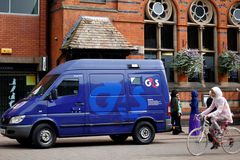 GardaWorld offering $100,000 for information about latest attack on its agents
January 30, 2015
Follow Nicolas Van Praet on Twitter @NickVanPraet
Report an error Editorial code of conduct
Due to technical reasons, we have temporarily removed commenting from our articles. We hope to have this fixed soon. Thank you for your patience. If you are looking to give feedback on our new site, please send it along to feedback@globeandmail.com. If you want to write a letter to the editor, please forward to letters@globeandmail.com.
Comments