Private equity-owned Gateway Casinos and Entertainment Ltd. has been trying to go public, pay back lenders and cash out its backers for eight years.

That quest seems destined to continue, as a $1.5-billion deal Gateway struck in December with U.S. buyer Leisure Acquisition Corp. is now in jeopardy because of COVID-19. If the troubled transaction falls apart, it would be the latest in a series of failed investment exits by financier Newton Glassman’s Catalyst Capital Group Inc.

Leisure Acquisition is what’s known as a special purpose acquisition company, or SPAC. It was launched in 2017 by U.S. gaming industry veterans who raised US$207-million and listed their company on the Nasdaq exchange, then went looking for a business to buy. They found Gateway, one of Canada’s largest gaming companies, with 25 casinos in British Columbia, Alberta and Ontario.

Catalyst acquired Gateway in 2009 as part of a financial restructuring. The private equity fund first attempted to sell the Burnaby, B.C.-based casino operator in 2012, only to pull the deal and continue to expand the business, largely with borrowed money. When Gateway and Catalyst announced plans to join forces with Leisure, documents filed with regulators showed the casino company owed $1.15-billion to lenders that include investment bank Morgan Stanley.

Leisure Acquisition planned to pay off $215-million of Gateway’s debt in a deal that would have left Catalyst with a 30-per-cent stake in the publicly traded casino company, according to filings in December. However, the rules that govern Leisure Acquisition and other SPACs dictate these companies must offer their investors an opportunity to withdraw their money before significant transactions take place.

On March 18, Gateway shut down its casinos, at the request of the provincial governments that are attempting to slow the spread of the coronavirus. In a news release, Gateway said: “We are uncertain of how long this closure will be in place but we will continue to work with the government and rely on public health recommendations as the situation unfolds.”

The following week, Leisure Acquisition asked its backers for more time to work on the takeover – the deadline for closing the deal moved from April 5 to June 30. In exchange for approving the extension, investors got a chance to cash out.

Leisure Acquisition shareholders withdrew US$176.3-million, leaving the SPAC with just U$21.3-million in its coffers, according to a March 26 filing with U.S. regulators. More than half that money would be needed just to cover the takeover’s estimated US$12-million in fees to lawyers and bankers.

As part of the Gateway transaction announced in December, Leisure Acquisition can also still count on a US$30-million commitment to the takeover from New York-based hedge fund HG Vora Capital Management LLC.

Speaking on behalf of Gateway, Catalyst and Leisure Acquisition, spokesman Dan Gagnier told The Globe and Mail on Sunday that all parties involved in the transaction remain committed to closing the deal by the end of June.

Other casino operators are already taking dramatic steps to deal with the impact of the pandemic. Last week, U.S. real estate company Gaming and Leisure Properties Inc. agreed to give one of its major tenants, casino operator Penn National Gaming Inc., five months of rent relief in exchange for Penn’s real estate holdings in the Las Vegas Tropicana resort and a casino development site in Pennsylvania.

Catalyst oversees approximately $4-billion on behalf of institutional investors. In recent years, Mr. Glassman has repeatedly pledged to pay back Catalyst’s backers by selling holdings at significant profits, then failed to deliver a deal.

Catalyst said it planned an initial public offering of Therapure Biopharma Inc. in 2015, then announced it would sell a division of the pharmaceutical company to a China-based business in 2017. Neither transaction has taken place. In March, 2018, Catalyst told investors it was in negotiations to sell Sonar Entertainment Inc. and Advantage Rent A Car. No deals have been announced. Instead, Catalyst has asked its investors to extend the life of several funds it manages; the oldest of these funds was meant to distribute cash and be wound down in 2016. 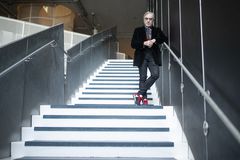 Casinos in Alberta to close after province declares state of emergency
March 17, 2020 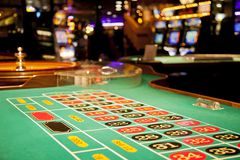