The federal government is giving $200-million worth of assistance to Gateway Casinos & Entertainment Ltd., including the first loan to be advanced under a federal program designed to keep large employers afloat during the COVID-19 pandemic.

Gateway, one of Canada’s largest gambling companies, has been hard hit by lockdowns that have kept its casinos closed for much of the year. It was already loaded with debt coming into the crisis, and an effort to take the company public and pay down debt collapsed over the summer.

The $200-million credit facility from the federal government is meant to help the company bring back employees as casinos start reopening across the country. The company, which is owned by private equity firm Catalyst Capital Corp., has 26 properties and about 8,000 employees in British Columbia, Ontario and Alberta. As of Friday, Gateway had drawn down $60-million from the facility.

This is the first Large Employer Emergency Financing Facility (LEEFF) loan Ottawa has given out. The program, announced in May, is targeted at large companies that are having trouble accessing capital from public markets or traditional lenders. To be eligible for a LEEFF loan, a company must have at least $300-million in annual revenue and require at least $60-million in bridge financing.

At the time the program was announced, debt markets had largely reopened for Canada’s largest and most highly rated companies, suggesting that the federal government was aiming to support companies that don’t issue bonds or have debt that’s considered below investment grade by ratings agencies.

In a news release on Friday, the Canada Enterprise Emergency Funding Corp. (CEEFC), which is running the program on behalf of the Canada Development Investment Corp., said it is currently considering other LEEFF applications, although it did not specify how many.

Catalyst, which is run by Toronto financier Newton Glassman, acquired Gateway in 2010 and borrowed money to expand the business, acquiring several Ontario casinos from the provincial government.

Over the past decade, Catalyst has tried to sell Gateway several times. Gateway filed for an IPO in 2012 and again in 2018, but withdrew both offerings. Late last year, Catalyst struck an agreement with Leisure Acquisition Corp., a New York-based special-purpose acquisition corporation (SPAC), to take Gateway public on the New York Stock Exchange.

As part of the deal, Leisure Acquisition was supposed to pay down a portion of Gateway’s significant debts, which totalled about $1.15-billion at the end of 2019. The agreement fell apart in July, when Leisure Acquisition said it “elected to terminate” the deal. The SPAC gave no reason for its decision.

The exact terms of the LEEFF loan to Gateway have not been disclosed, although the CEEFC has published general information about how it will manage the loans. Eighty per cent of any loan will be unsecured, have a five-year term and carry a 5-per-cent interest rate in the first year. The interest rate increases to 8 per cent in the second year, and two percentage points more in each additional year. The duration and interest rate on the 20 per cent secured portion of the loan will be based on a borrower’s existing debt.

The federal government has placed several caveats on the program. LEEFF borrowers aren’t allowed to pay dividends or conduct share repurchases, and restrictions are placed on executive compensation. Companies also have to agree to publish climate-related financial disclosures.

If a borrower is a public company, it has to give share purchase warrants worth 15 per cent of the loan to the CEEFC to allow the Crown corporation “to share in the upside of the borrower’s recovery." Private companies, such as Gateway and its parent, Catalyst, are required to pay additional fees in lieu of issuing warrants.

Catalyst oversees approximately $4-billion on behalf of institutional investors, and specializes in buying debt from undervalued or distressed companies. Over the summer, the firm led a group of creditors in taking control of Cirque du Soleil after the circus company filed for bankruptcy protection. 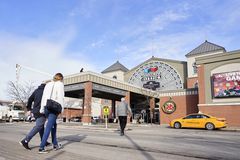 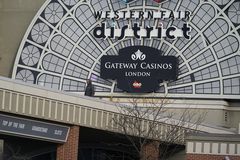 Gateway Casinos & Entertainment expected to be left without a buyer
Subscriber content
July 1, 2020