On average, women earn 12 per cent ($5,700) less than men one year after graduation, according to the report published on Tuesday by the non-profit Labour Market Information Council and the Education Policy Research Initiative (EPRI), based at the University of Ottawa.

Five years after graduation, the earnings gap widens to 25 per cent, or $17,700. By that point, a gap is found within every field of study or type of degree.

“These are remarkable, how widespread [the gaps] are,” said Ross Finnie, director of EPRI. “We need to continue to study them, understand them and think about what policies might be appropriate" to address them, he added.

The study is noteworthy because it tracks the earnings of virtually everyone who graduated from a publicly funded Canadian postsecondary institution in 2010, using anonymized tax records. Those students graduated with a range of credentials – everything from college certificates to professional degrees – across 11 broad fields, such as business, education and engineering. The report focuses on total pretax employment income.

It acknowledged some limitations in the data. For instance, the report was unable to control for the number of hours and weeks worked – on average, women work fewer hours than men – and occupations. (Someone who gets a science degree, for instance, may work in an unrelated field.) Thus, the report refers to an “earnings gap,” rather than a “wage gap,” as it could not determine the rate of pay.

Although earnings gaps are widespread by credential and field, they can vary greatly. One year after graduation, the gender earnings gap was lowest for holders of professional degrees (at 2 per cent, or $1,400) and highest for those with college-level certificates (21 per cent, or $8,600).

Gaps also vary by field of study. Among 2010′s bachelor’s degree graduates in mathematics, computer and information sciences, women earned an average of $38,400 one year after graduation, while men earned $47,200. For humanities graduates, the gap was around $3,000.

The findings also echo a body of research on the pervasiveness of gender-based wage disparities. In a study published last fall, Statistics Canada found the wage gap had narrowed somewhat over the past two decades, but that female employees aged 25 to 54 earned $4.13 (or 13.3 per cent) less an hour, on average, than their male peers in 2018.

“Similar to other studies, nearly two-thirds of the gap in 2018 was unexplained,” the Statscan report said. “Possible explanations for this portion include gender differences in characteristics that were beyond the scope of this study, such as work experience, as well as unobservable factors, such as any gender-related biases.”

Tuesday’s report also found a similar dynamic for international students. Those who graduated from Canadian postsecondary institutions in 2010 and stayed in the country for work earned on average 21 per cent ($8,900) less than their Canadian peers one year later. A gap was found across all degree types, except for college-level certificates.

However, unlike with the male-female divide, the earnings gap narrowed to 9 per cent ($5,300) in the fifth year after graduation.

Broadly speaking, the report found that earnings for the average Canadian graduate rise notably over time. Among the class of 2010, average inflation-adjusted earnings grew from $43,100 in 2011 to $59,300 in 2015 for a total increase of 38 per cent.

Earnings for professional degree graduates (such as doctors and lawyers) increased 46 per cent (or from $68,300 to $99,600), the largest percentage increase by credential. Master’s degree graduates had the lowest growth (27 per cent), but the report noted they had “relatively high earnings” right after graduation owing to inclusion in this group of people with business degrees.

After five years, those with college certificates and diplomas had the lowest earnings, at about $47,000.

“Graduates are doing well, on average, but the spread between higher and lower earners is wide and grows over time within each credential,” the report said. 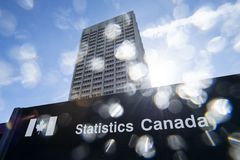 Opinion
If we’re serious about getting more women in executive roles, a universal childcare system is crucial
October 8, 2019 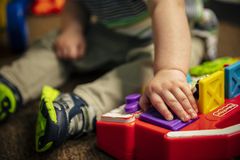 Opinion
For gender equality in our country, a crossroads looms
June 4, 2019 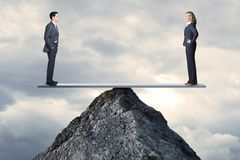