The deceased CEO of a Canadian cryptocurrency exchange appears to have mixed personal and corporate funds, according to the court-appointed monitor overseeing the search for millions of dollars lost by QuadrigaCX.

“During the course of the monitor’s investigation into Quadriga’s business and affairs, the monitor became aware of occurrences where the corporate and personal boundaries between Quadriga and its founder Gerald Cotten were not formally maintained,” Ernst & Young Inc. says in its fourth report since Quadriga Fintech Solutions Corp. filed for creditor protection in January. “It appeared to the monitor that Quadriga funds may have been used to acquire assets held outside the corporate entity.”

Quadriga Fintech Solutions owned and operated the QuadrigaCX trading platform. The platform was shuttered in January after the death of its chief executive, Mr. Cotten, leaving 115,000 of its users collectively owed $250-million. Mr. Cotten, 30, was the only one with access to approximately $180-million in cryptocurrency holdings when he died in India last December while on his honeymoon. He did not leave behind any instructions on how to locate and retrieve the funds, according to court documents.

Ernst & Young is recommending that the proceedings, which are currently under the Companies’ Creditors Arrangement Act (CCAA), be transitioned into a bankruptcy case. Such a move would reduce costs, potentially leaving more money available to repay creditors, Ernst & Young said in the report, published Tuesday. The possibility that Quadriga will restructure and emerge from CCAA “appears remote,” according to the report.

The monitor added that it has consulted with the chief restructuring officer, a counsel representing the platform’s users and with the lawyer representing Jennifer Robertson, Mr. Cotten’s widow, and his estate.

“The Monitor is not aware of any stakeholder objecting to the proposed transition,” Ernst & Young said in its report.

Ernst & Young is also seeking a voluntary preservation of assets agreement with Ms. Robertson, which would prevent her from selling or transferring any assets held by Mr. Cotten’s estate, Ms. Robertson or any of the entities she controls, which include a property management firm and a trust. The couple owned properties in Nova Scotia and British Columbia totalling millions of dollars, as well as a yacht and an airplane. Ms. Robertson is the executor of Mr. Cotten’s estate.

The monitor also disclosed that a company called Robertson Nova Consulting Inc. acted as a third-party payment processor for Quadriga. Ms. Robertson is the sole director of the consulting company, which was incorporated in November, 2015, in Toronto.

The Globe and Mail has spoken to four Quadriga users, and reviewed bank statements and e-mails showing payments from Robertson Nova Consulting in 2016 and 2017. One user received an Interac transfer from the company sent from an e-mail address with prefix “jenniferkm.robertson.” The same e-mail address was used to book a hotel in Jaipur, India, where Mr. Cotten and Ms. Robertson were scheduled to stay on their honeymoon in December.

Ernst & Young learned of Robertson Nova Consulting through some of the affected users, according to the report. An affidavit from Ms. Robertson filed in January does not disclose any information about the company. “I was not involved in the business of the companies while Gerry was alive,” she said in the affidavit, referring to Quadriga. “Since he has passed away, I have learned significantly more about the companies.”

Richard Niedermayer, a lawyer for Ms. Robertson at Stewart McKelvey in Halifax, declined to comment.

Meanwhile, efforts to track down and recover the company’s funds continue, but with considerable difficulties. Ernst & Young has faced numerous challenges retrieving funds – and, in some cases, even responses – from some of the third-party payment processors used by Quadriga. (The company had no corporate bank accounts and relied on third-parties for customer transactions.) The monitor is now seeking a court order compelling various firms to provide any funds belonging to Quadriga, as well as transaction-related information.

The next court date is scheduled for April 8.

In Depth
How did Gerald Cotten die? A Quadriga mystery, from India to Canada and back
Subscriber content
March 1, 2019 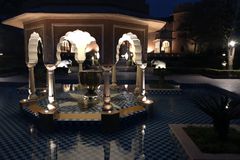 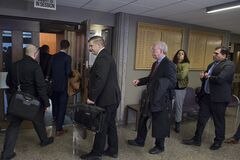