GFL Environmental Inc. closed an oversubscribed debt offering on Tuesday and used the opportunity to push back against a short-seller who attacked the company last week, saying its board finds the analysis “deeply flawed.”

Patrick Dovigi, the company’s chief executive officer and founder, in a statement called Spruce Point Capital Management’s 107-page report a “self-serving attack” that contained “malicious innuendo and flawed analyses.” Spruce Point has said it is short-selling GFL’s shares, which means it profits if the price falls. Spruce Point CEO Ben Axler has declined to say how large the firm’s short position in GFL is.

Mr. Axler responded on Tuesday with numerous tweets, including one that called GFL’s statement “another non-response ... that attacks the messenger without addressing a single point in our report. Meanwhile ... we continue to learn more about GFL and its questionable business practices. We will have more to say soon.”

GFL’s shares closed on the TSX at $28.06 on Aug. 17, the day before the Spruce Point report, and fell about 9 per cent the day it was revealed. It closed on Tuesday at $24.60, meaning the price has yet to rebound.

Spruce Point raised financial questions about the company’s profits and heavy debt. Its report said GFL is overpaying for acquisitions that it’s having difficulty integrating. It questions whether GFL can achieve economies of scale, and expressed concerns about GFL’s accounting. It said it believes GFL’s metrics comparing its debt with its profits and cash flow understate the burdens of its borrowing. And it questions past business connections of Mr. Dovigi and members of the board and executive team.

Dino Chiesa, the company’s lead independent director, said in the statement that “GFL’s financial disclosures are accurate in all material respects, appropriate, and comply with all regulatory requirements.” He also said GFL has been through “several very thorough and extensive diligence processes by leading global private equity firms, pension funds and sovereign wealth funds over the course of almost 14 years, as well as being vetted by underwriters and investors throughout a robust IPO process.” (Mr. Dovigi is the non-independent chairman of the board.)

GFL’s initial public offering in March was one of the biggest in Canadian history, at $2.95-billion. But it was a rocky road to the Toronto Stock Exchange, as the company postponed its public debut twice. Then, as now, GFL’s debt and ability to integrate its acquisitions were the concern.

Tuesday, as part of its statement, it said it increased a debt offering to US$750-million from US$600-million because of heavy investor demand, and will use at least some of the proceeds for more acquisitions. Mr. Dovigi said the popularity of this offering “demonstrates that investors are aligned with our strategy, supportive of management and not easily swayed.”

Analysts defended GFL after the report. Hamzah Mazari of Jefferies LLC said GFL’s accounting adjustments are appropriate reclassifications approved by its auditor, and Spruce Point’s analysis of its deals “shows [a] lack of waste-sector knowledge.”

Spruce Point has a string of Canadian wins, but its two most recent short picks have shown resilience. Spruce Point’s 2018 short on Maxar Technologies Ltd. worked out in its favour, with the shares collapsing 90 per cent in the following months. Share prices for Maxar and three previous Canadian shorts fell an average 77 per cent, Spruce Point says.

However, subsequent targets – Dollarama Inc. in October, 2018, and Canadian Tire Corp. Ltd. in December, 2019 – have not shown as much damage: Dollarama is trading well above where it was when Spruce Point issued its reports, and Canadian Tire has largely recovered from its decline during the COVID-19 market collapse. 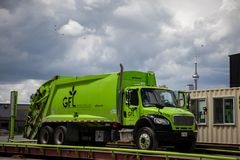 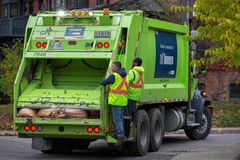 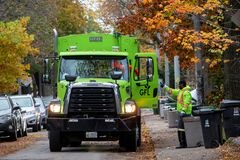