Even as Prime Minister Justin Trudeau announced a massive expansion in wage subsidies for business – pushing the federal deficit well beyond $100-billion in 2020-21 – he sought to reassure Canadians that Ottawa was able to carry the resulting debt burden.

“Fortunately, Canada has taken responsible decisions over past many years to have one of the best balance sheets in the G7," Mr Trudeau said to reporters in his daily press conference. "We have been making sure that we have money aside for a rainy day. Well, it’s raining. And we are now able to invest in Canadians to support Canadians as we make the difficult decisions needed to get through this and come back stronger than ever before.”

It was at least the second time that the Prime Minister had spoken about the federal government’s fiscal capacity. A little less than two weeks earlier (when emergency economic spending was totalling a mere $27-billion), he seemed to suggest recognition for the country’s strong balance sheet belonged to a narrower set of individuals.

“We have the fiscal room to do this because of prudent decision-making over the past five years," he said – a time period corresponding to his first term in power.

Mr. Trudeau’s attestations of fiscal prudence have sparked criticism on social media and elsewhere that he is taking credit for the actions of his predecessors, and that his own government’s spending has been anything but thrifty.

“The question for me is, what would imprudent look like?” says Jason Clemens, an economist with the Fraser Institute. An analysis by the institute shows that the Trudeau government’s spending hit a historic high in 2019-20, with real per capita program spending of $9,066.42 – a 20 per cent increase from the last full year of the Harper government.

The Liberals, after scrapping their pledge for three years of constrained deficits, shifted to a new “fiscal anchor” of the ratio of debt to gross domestic product. That meant that spending, and the deficit, could grow so long as the economy grew at least as fast. Most recently, in its December fiscal update, the government projected the debt would be 31 per cent of GDP in the current fiscal year. (Of course, that figure does not take into account the economic impact of the coronavirus, nor the tens in billions of emergency spending that Ottawa has launched in the last three weeks.)

Nevertheless, the conclusion by the Parliamentary Budget Officer in February was clear that Ottawa had considerable fiscal capacity, amounting to $41-billion it could use to permanently increase spending or to lower taxes. And temporary measures could be much bigger.

Kevin Milligan, an economics professor at the University of British Columbia, said it is flatly wrong to say that the Trudeau government has hurt Ottawa’s fiscal capacity in its five-plus years in power. And he questioned the merits of the metric of real per capita program spending, saying it fails to take into account increases in expenses such as public sector compensation raises.

More broadly, he said, credit for the robust finances of the federal government belong to administrations spanning 25 years, both Liberal and Conservative. "They all get a pat on the back for this.

Armine Yalnizyan, economist and Atkinson fellow on the future of workers, concurred that the Liberals had not damaged the federal government’s fiscal capacity in the last five years, while adding that an intimation that Liberal prudence during that time created additional fiscal flexibility is incorrect. “The only thing the Liberals did is not make the fiscal capacity worse."

She said there is an open question on how much Liberal spending had increased economic growth. “The jury was out on whether their investments were paying off. And then we had COVID-19.” 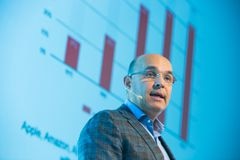