Glencore Canada Corp. has announced the permanent closure of the Brunswick Lead Smelter in Belledune, N.B., resulting in the loss of 420 jobs.

The town’s mayor, Joe Noel, got the news of the closure Wednesday morning in a meeting with officials from Glencore. “It’s a blow to the whole northern New Brunswick area,” he said in an interview. “It’s devastating, but we are resilient people. We will find a way around this, and we’ll do what we have to do.”

He said while the closure will hit his village of about 1,400 people particularly hard, many of the smelter employees lived as far away as Bathurst and Campbellton.

Company spokesman Alexis Segal said the smelter has been losing money since the 2013 closure of the nearby Brunswick Mine, which produced zinc and lead.

“Over the last three years, the plant lost on average $30 million per year, plus the capital investment that the plant is requiring,” he said in an interview Wednesday.

Segal said that since 2013, the company has imported concentrate from around the world to process at Belledune, but because of transportation costs and increasing competition it was impossible to make any money.

“All the lead smelters in the western world that are not linked to a captive mine are suffering,” he said. “The Chinese have built many lead smelters over the last few years, and they are capturing most of the concentrate available.”

The smelter will cease operations by Christmas, but Segal said decommissioning and rehabilitating the site will take a few years. He said that would start with a number of studies, including soil evaluation.

The smelter employs about 420 people — about half of them members of the United Steelworkers union who have been off the job since April 24 in a contract dispute. Segal said the labour dispute had nothing to do with the decision to close, and the company will meet with the union to discuss an orderly transition for workers.

He said Glencore will offer pension and severance to affected workers, or the possibility of jobs at other Glencore operations in Canada and around the world. The company operates in 35 countries.

The Brunswick smelter opened in 1966, providing much needed employment along the north shore of the province.

Trevor Holder, minister of post-secondary education, training and labour, said it was a sad day for Belledune and the entire province. He said Premier Blaine Higgs would be meeting with company officials Wednesday evening.

“We want to understand why now, and is there anything that can be done at this point moving forward, and to see if this can be reversed,” Holder said. “Let me be clear, we don’t want to create a false sense of hope on that, but we have more questions than answers right now. We have to make sure that all is not lost.”

Opposition leaders said the closure is an opportunity for both the provincial and federal governments to take action.

But Green Leader David Coon said rather than finding a new anchor industry, government needs a plan based on the available resources of the area to encourage a new green economy. “The opportunities are tremendous because the federal government has a lot of money right now devoted in programs that exist now to invest in building new green economies in the regions of the this country,” Coon said.

Noel, the mayor, said the Port of Belledune has been working hard to attract new businesses and he’d like to see if any of the buildings on the smelter site could be used by other companies, rather than being bulldozed.

He said the priority now is to ensure the employees are taken care of, and then look to the future.

“We’ve got to lick our wounds and carry on. This is devastating today, but what can we do tomorrow? We’ve got to find other things to replace it,” Noel said. 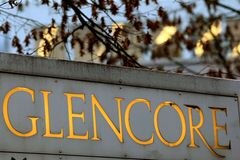 Opinion
Glencore and the perils of riding the electric vehicle tiger
August 8, 2019 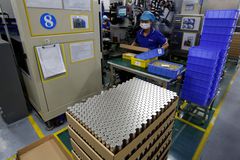 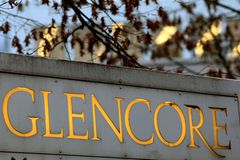