Global spending on energy infrastructure is set to climb by nearly 10 per cent this year to US$1.9-trillion, sparking a warning that investments in clean-energy transitions need to accelerate much more rapidly to meet climate goals.

In Alberta specifically, capital expenditures on oil and gas are forecast to increase to $19.8-billion in 2021, continuing with modest growth into 2030.

The projections are contained in reports released this week by the International Energy Agency, the IEA, and the Alberta Energy Regulator, the AER. Together, they paint a picture of a bounce-back from the pandemic-related blow to oil demand and energy expenditures in 2020.

In a global context, the big energy spend is likely to be in the power sector. In its World Energy Investment 2021 report, the IEA projects investment to increase by about 5 per cent in 2021 to more than US$820-billion – its highest historic level. Renewables dominate new power generation capacity and are expected to account for 70 per cent of the total investment this year.

Fatih Birol, the IEA’s executive director, said in a statement the rebound in energy investment is a welcome sign.

He’s particularly encouraged to see more of it flowing toward renewables, he said, but noted that “much greater resources have to be mobilized and directed to clean-energy technologies to put the world on track to reach net-zero emissions by 2050.”

On the oil and gas side, upstream investment is expected to rise as companies recover financially from the shock of 2020, but the IEA notes that spending remains well below precrisis levels.

That’s a trend reflected in the AER’s 2021 Energy Outlook, which says although capital spending will likely grow through to 2030, expenditures remain relatively low compared with the past decade.

AER chief executive officer Laurie Pushor told The Globe and Mail in a recent interview that although capital expenditures have fallen from spending peaks around 2013 and 2014, the report points to stable production volumes and investments over the next few years.

“There’s no cliff in the next little while,” he said.

Mr. Pushor also said that opportunities to further bump up spending still exist in some plays – for example, the Duvernay Shale basin in west-central Alberta.

The AER report forecasts oil production rising to about 4.6 million barrels a day by 2030, driven primarily by growth in bitumen production. Crude oil production is projected to grow until 2024, then decline by 2030 as the number of new wells placed on production fail to offset the decline in existing production.

And while total primary energy demand in Alberta decreased by 4 per cent in 2020, that number is projected to bounce back, increasing to about 3.2 barrels a day by 2030. Demand growth for natural gas will likely come from power generation, the AER says, including coal-to-gas switching and cogeneration.

Even as production and capital spends are set to rise, the IEA notes diverging strategies among different oil and gas companies.

On one hand, it says, majors are holding oil and gas spending flat, despite recovering prices. Meanwhile, some national oil companies are stepping up investment, raising the possibility of increased market share if demand continues to grow.

However, the IEA also notes that signs in the latest data show that spending by some global oil and gas companies is starting to diversify, with spending by industry likely to hit 4 per cent this year (up from 1 per cent in 2020), and well above 10 per cent for some of the leading European companies.

Still, it says the anticipated US$750-billion set to be spent on clean-energy technologies and efficiency in 2021 is encouraging, but remains far below what’s required to put the energy system on a sustainable path.

“Clear policy signals from governments would reduce the uncertainties associated with clean-energy investments and provide investors with the long-term visibility they need,” Mr. Birol said. 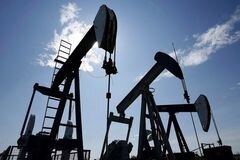