Canadian vehicle manufacturing is tumbling amid a prolonged slump in sales, with production in the first half of the year dropping below one million units for the first time in a decade.

Automakers in Canada are taking the biggest hit in North America, with production falling 7.8 per cent, to 985,501 vehicles, in the first half of 2019, compared with 1.07 million in the first half of 2018, according to DesRosiers Automotive Consultants data in a BMO Nesbitt Burns report. The drop is double the decline in the United States, which fell at 3.9 per cent to 5.4 million from 5.6 million. Mexico saw a modest rise of 0.8 per cent, to 1.98 million from 1.96 million.

After 17 straight months of declining sales in Canada, production is unlikely to pick up again as consumers purchase fewer vehicles and companies move production to other countries amid a worldwide slowdown, auto industry watchers say.

Global auto sales were down about 7 per cent in the first five months of the year, according to data from the Bank of Nova Scotia. Canada followed the worldwide decline, with vehicle sales dropping more than 5 per cent in the first six months of 2019. With Canadians facing higher interest rates and climbing household debt, consumers are steering away from purchasing cars, which is lightening demand at manufacturing plants.

“In the past year, we’ve seen a slowdown in auto sales in Canada. Sales had hit record levels and now we’ve reached the point where the rubber has hit the road and the debt burden of Canadians is forcing a slowdown in the market,” BMO senior economist Alex Koustas said.

Consumer preferences have also been changing, putting pressure on the many Canadian plants that are geared toward older models, such as General Motors Co.'s Oshawa site. GM is shutting down manufacturing operations at the end of the year as the global vehicle giant winds down production of the Chevrolet Impala, the sedan produced at the site. In May, GM announced that the plant will instead be used to make car parts for discontinued models and test electric and autonomous vehicles, saving 300 of the 2,300 jobs lost by decommissioning auto production at the site.

Of the eight auto manufacturing plants in Canada, three, including Oshawa, predominantly make sedans – a car model that drivers have rapidly been moving away from in favour of larger, sportier crossover SUVs, said Flavio Volpe, president of the Automotive Parts Manufacturers’ Association.

“Over the last 10 years, everybody has shifted to a model that is raised for extra versatility – extra size, all-wheel drive, and less heavy and more drivable vehicles,” Mr. Volpe said. “I get everything that I want in a car’s drivability in the size of a truck-based SUV."

Fewer new models are being manufactured in Canada to replace the production lost from falling demand for older styles. Canadian automakers are struggling as global companies move to southern U.S. states and Mexico, according to BMO.

GM stepped up production of its Chevrolet Equinox – an SUV that was already being manufactured in Ingersoll, Ont. – in two plants in Mexico in 2017. When the global vehicle giant relaunched the Chevrolet Blazer in 2018, it opted to manufacture that SUV model at a plant in Mexico instead of its former production site in Wisconsin. It also meant that GM had introduced a sportier alternative to its Equinox SUV, potentially putting pressure on sales of that model and reducing production at its Canadian plant, according to Mr. Koustas.

“A lot of new vehicle launches, or several important ones, are happening in Mexico, and you’re seeing a ramp-up of production to get those new models onto the market. That’s driven a bit of a shift,” Mr. Koustas said. “But over all, North America will see a decline, although you’ll likely see Mexico and the southern U.S. be the least affected by that compared to the northern states and Canada.”

The move to lower-cost countries has been a global phenomenon. In the 2000s, approximately 80 per cent of vehicles were made in the top 25 countries in terms of average income, according to Greig Mordue, a professor in advanced manufacturing policy at McMaster University in Hamilton and a former general manager of Toyota Motor Manufacturing Canada. Today, that number has declined to approximately 40 per cent as North American manufacturers move to Mexico and Western European producers shift to central and eastern Europe and North Africa, he said. While countries such as Germany and the U.S. have domestic automakers that continue to fuel their manufacturing industries, Canada lacks a car company to contribute to production demand, he said.

There are a few bright spots in Canada. Last year, Toyota Canada announced an investment of $1.4-billion, along with a combined $220-million contribution from the federal and Ontario governments, to make its Cambridge and Woodstock plants the manufacturing hub for its crossover SUV model, the RAV4, including hybrid versions. It later announced that the plants would also add production of its Lexus NX SUV model – a move that Mr. Volpe said signals confidence in Canada’s auto-manufacturing capabilities.

“The world’s No. 1 automaker by production in the U.S. now builds its top-selling premium SUV in Ontario,” he said. “While you see other automaker’s stories fluctuate, there has been a continued investment by Toyota into Ontario with its flagship products. It’s a great story.”

Even so, the outlook on worldwide sales is expected to continue to tumble. Global auto sales are expected to fall 3.8 per cent in 2019 and 0.9 per cent in 2020, according to a report from Moody’s Investors Service, which maintained its negative outlook on global auto manufacturing. And DesRosiers expects the downward sales trend to continue to cause car makers to make cuts at Canadian plants.

“What makes the drop in vehicle assembly of even greater note is that there appears little chance Canada will return to its previous level at any point in the foreseeable future,” DesRosiers said in a note. 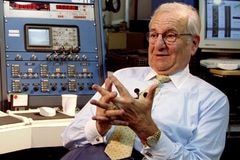 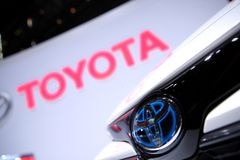 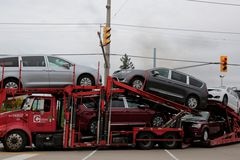