Trade tariffs were partly to blame for lowered full-year forecasts by General Motors Co and Fiat Chrysler Automobiles NV (FCA) on Wednesday, pummelling the stocks of both automakers as investors feared worse is yet to come.

GM cited higher steel and aluminum costs for its full-year 2018 profit forecast reduction as a result of tariffs imposed by U.S. President Donald Trump’s administration, sending its shares down 7 per cent.

GM Chief Financial officer Chuck Stevens told reporters the automaker had put in a “solid performance” in the second quarter “despite some fairly significant headwinds that have built throughout the year.”

In FCA’s case, Chinese demand slumped in the quarter ahead of a July cut in import duties, resulting in higher incentive spending and an increase in unsold vehicle stocks that “particularly affected Maserati,” new Chief Executive Mike Manley told analysts on a conference call.

Manley said “very, very cost conscious” Chinese consumers sat on the sidelines during the second quarter waiting for prices to come down.

FCA shares were down nearly 10 per cent on the New York Stock Exchange in early trading.

The automakers’ results were overshadowed by news former CEO Sergio Marchionne had died after suffering complications from surgery.

FCA said that it has fixed-price contracts for most raw steel through 2018, but would see increases in 2019 if current prices hold.

The warnings from both automakers come as fears over a trade war continue to spread. Economists polled by Reuters said a now-robust U.S. economy will soon lose momentum on rising interest rates and escalating trade disputes.

GM, the No. 1 U.S. automaker, said it would be able to partially offset higher commodity costs and the unfavourable effect of currency fluctuations in Brazil and Argentina, but they would have a net impact of around $1 billion on the company’s full-year results. Previously, GM had expected those costs would total around $500 million. Most of the additional costs have been incurred in North America, GM’s Stevens said. The region generates most of GM’s profits and the company’s 2018 pre-tax adjusted margin should now be between 9 per cent and 10 per cent, down from its earlier forecast of 10 per cent.

GM buys most of its steel from U.S. producers, who have raised prices in reaction to tariffs on imported steel imposed by the Donald Trump administration.

GM’s U.S. sales performed well in the second quarter and the automaker said its full-size pickup truck plants are still running at more than 100 per cent capacity as they try to keep up with demand.

Both GM and FCA are betting on redesigned pickup trucks to lift U.S. sales. Around 80 per cent of FCA’s second-quarter profit came from the U.S. market and the automaker said its North American pre-tax adjusted margin should hit 10 per cent in the second half of the year.

Despite the tariffs, GM CFO Stevens said the recent U.S. tax overhaul and low unemployment should help keep industry-wide U.S. new vehicle sales at a robust level either slightly below or on par with sales in 2017.

“We’re not expecting (tariffs) to impact the U.S. industry in 2018,” he said. “What happens beyond 2018, there’s a lot of uncertainty in this space at this point in time.”

GM also said the higher costs would reduce its adjusted automotive free cash flow by around $1 billion to $4 billion versus its previous expectation of $5 billion.

GM said that it now expects to earn around $6 per share, down from its previous earnings-per-share forecast of $6.30 to $6.60.

“The magnitude is greater than expected and the headwinds could’ve probably been better communicated in advance,” Citi analyst Itay Michaeli said in a research note, who described GM’s outlook as “disappointing.”

In May, SoftBank Group Corp said it would invest $2.25 billion in GM’s autonomous vehicle unit Cruise, sending the automaker’s shares up nearly 13 per cent.

With the profit warning on Wednesday, all of those share price gains have now been lost. 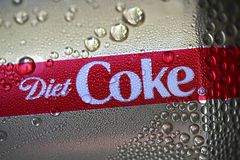 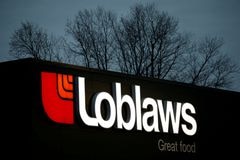