General Motors of Canada Co. is working to set up jobs and training programs for employees who will be put out of work when it closes the Oshawa Assembly plant next year even as Unifor promises an extended fight to keep the operation open.

The auto giant said on Friday that several employers have identified about 2,000 jobs that will become open in Durham region in 2019 and 2020 – many of them related to the refurbishment of the Darlington nuclear power plant southeast of Oshawa.

General Motors has also identified 300 openings for auto technicians at GM dealerships in Ontario and 100 jobs that will be open at other GM facilities in Ontario.

In addition, GM estimates about half of the 3,000 unionized and salaried employees are eligible to retire under the company’s defined benefit pension plan – leaving about 1,500 who will want to transition to new occupations.

The city of Oshawa and surrounding areas east of Toronto were shocked last month when the highly rated Oshawa Assembly plant was included as one of five North American GM plants identified to close next year.

GM Canada vice-president David Paterson said the company is committed to spend millions of dollars to ensure its employees get the retraining they require, with an initial estimate of between $5-million and $10-million, but the exact amount will depend on what other employers provide.

“What we want to do is to assure employees that their training will be taken care of. We’ll make sure that there’s enough money to do that,” he said in an interview.

Unifor president Jerry Dias said in an interview that the training commitment is just a distraction from the company’s lack of commitment to Canada.

“All of these announcements that General Motors is making about retraining, they’re trying to hide the fact that they’re a terrible corporate citizen.”

GM says it will be discussing further benefits packages for employees with the union, but Mr. Dias said the focus is entirely on saving Oshawa. If the plant closes, GM’s only Canadian assembly plant will be CAMI in Ingersoll, Ont., which produces the same Chevrolet Equinox the company produces in Mexico.

“If there’s going to be a reduction in volume, guess where they’re taking it out of?” Mr. Dias said.

“It’s all intertwined. GM is leaving Canada, and we’re not going to let them. That’s what the bottom line is here ... we are going to waste General Motors over the next year. Waste them.”

Mr. Paterson said GM recognizes that the union has voiced “some strong opinions,” but thinks it would be good for employees if they have time to plan for their future.

“We have an obligation and duty to work with our union to determine – in addition to our pensions and the income supplements our employees will get – what things we can provide,” Mr. Paterson said.

He said two of the prospective employers that came to GM after the closing announcement are Ontario Power Generation and Aecon, a construction company, working on the nuclear plant’s refurbishment.

“They have huge needs in terms of millwrights, boiler makers, electricians and a number of areas where our employees are especially suited to that type of work and have great experience,” Mr. Paterson said. 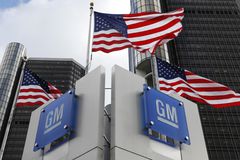 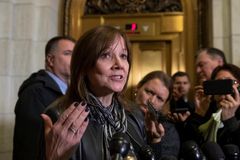 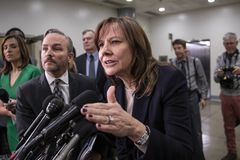