On the last Monday in October, 1995, citizens of Quebec narrowly voted to remain Canadian. The morning after the referendum, investment dealer GMP Capital Inc. opened for business.

Four partners worked on computers attached to wires hanging from the roof. That day had record trading volumes on the Toronto Stock Exchange, and the firm vaulted into the top ranks of dealers. It was a dramatic start to a storied run.

On Friday, the GMP era effectively came to an end. U.S. investment bank Stifel Financial Corp. closed its purchase of the Toronto-based brokerage for about $65-million, and plans to rename it. Most employees will still show up to work, but the company will be an arm of a St. Louis-based dealer.

GMP started out as a partnership and later became a public company that was always far smaller than global dealers, and firms that Canadian banks started acquiring in the late 1980s.

For Canada’s financial community, saying goodbye to GMP means closing the door on a way of doing business, a lucrative and often colourful approach to deal-making. GMP brought together capital-starved entrepreneurs and deep-pocketed fund managers. The partners put up their own cash – mortgaging homes or draining savings – to fund the operation. GMP was the first to raise money for businesses that became some of Canada’s best known, such as Blackberry Ltd., Birchcliff Energy Ltd., Canopy Growth Corp. and Goldcorp Inc. It is also a major trader in their shares.

Employees of bank-owned rivals resented losing the occasional deal to GMP, but appreciated how the firm set a new standard for compensation in the industry. Once they got rolling, GMP partners didn’t need to keep much capital in their company, so they paid out profits in the form of bonus cheques. Paydays came in at $6-million to $8-million in good years, and the banks were forced to keep pace.

In extremely simple terms, independent firms such as GMP run on relationships and ideas. Larger rivals are creatures of process and scale. The biggest players have now come to dominate capital markets.

That’s not a bad thing. Clients of all stripes are well served by financial-services companies that minimize fees and have global reach. However, it’s worth saluting what the four Day 1 partners built. The late Brad Griffiths and mining financier Gene McBurney are the G and M in GMP (the P stands for partners), and the other two founders are trader Mike Wekerle, now a venture capitalist and reality TV star, and salesman-turned-CEO Kevin Sullivan.

“We were able to build a David versus Goliath culture that instilled fierce loyalty, centred around our clients," Mr. Sullivan said. “That simple formula, along with some incredibly talented people, led to our success.” The former lawyer and Mr. Wekerle left lucrative jobs at independent dealer First Marathon to start GMP.

Mr. Sullivan was president when the firm was launched, became chief executive in 1999, and stepped down in 2010 to serve as deputy chairman. The 60-year-old is leaving GMP as part of the Stifel acquisition. He plans to launch a business advising CEOs on strategic decisions in the new year.

“Kevin’s timing was impeccable," said Blake Hutcheson, president of pension plan OMERS and friend since university. "He got GMP launched while the banks were still trying to digest their acquisitions of the dealers, and people liked working with him.”

“What defined Kevin’s leadership, and GMP, was an entrepreneurial spirit,” said Jeff Tonken, CEO of Birchcliff Energy, who estimated that the companies he has led paid GMP $100-million in fees over the years. Mr. Tonken said: “When you handed them a challenge, you got a sense that the whole firm put their minds to getting a deal done.”

The company’s wealth management business, Richardson GMP Ltd., which was not part of the deal, is expected to be rebranded as Richardson Financial.

The new model for independent dealers in Canada is to be small and nimble, or focus on wealth management. The model that worked so well at GMP – using commissions from stock trading to cover day-to-day costs, and taking the lucrative fees from advisory work as profits – doesn’t work when brokerage houses offer to trade stocks for free. GMP’s run is unlikely to be matched. 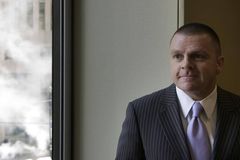