The past year was a golden one for insiders at many large Canadian miners.

Gold is historically sought out as a refuge in times of extreme financial stress, and in 2020, the COVID-19 pandemic fit the bill. Stock markets dropped sharply from late February to late March, then rebounded by year-end. But gold had a steady climb as the economy stayed shaky, and it hit an historic high of US$2,050 an ounce in August.

That meant leaders at most mining companies had multiple opportunities to legally sell shares into a rising market – more so than in many years past, when mining stocks offered lacklustre returns.

Typically, high-level insiders can legally sell any of their holdings, with disclosure, and not ahead of material news events, such as an acquisition announcement or an earnings release. Many companies have stock-ownership requirements for their executives.

In 2020, shares in Barrick, the world’s second-biggest gold miner, hit a seven-year high and a number of executives took advantage – none more so than John Thornton, the company’s executive chairman. He cut his stake in the company by 50 per cent, selling 2.6 million shares in April for proceeds of $64-million. (For this story, The Globe and Mail has converted U.S. stock sales, like Mr. Thornton’s, to Canadian dollar figures.)

But while his sale was the biggest, many other insiders, far less prominent than Mr. Thornton, grossed millions of dollars.

To review gold-industry stock selling, The Globe examined reports filed with securities regulators for more than a dozen large Canadian-headquartered miners. The trading reports covered all company directors and high-level executives the companies deemed to be insiders, therefore subject to reporting requirements when they buy or sell shares.

The stock sale totals in this story reflect the gross proceeds from 2020 transactions through Dec. 14, regardless of how the insiders acquired the shares. Some of the insiders bought the stock on the open market, but for most, the shares came as part of compensation plans.

When executives exercised stock options – buying shares at one price, then selling the shares on the open market for a higher price – their pretax gains were less than their gross sales. This point was emphasized by several of the companies The Globe contacted for comment. Dale Coffin, a spokesman for Toronto-based Agnico Eagle, said that when the exercise price of options is deducted from the gross proceeds, the net value of shares sold at his company drops below $37-million from the gross of $52-million.

Franco-Nevada Corp., the world’s biggest streaming and royalty company, also hit a new high in July. (Data on historic highs in this story is taken from S&P Global Market Intelligence.) Chairman and co-founder David Harquail sold $24.5-million in stock, while co-founder Pierre Lassonde sold $16.2-million in shares. For the two men, they made their sales in a year of transition: In May, Mr. Lassonde stepped down as chairman and as a director, and Mr. Harquail left the CEO job to become a non-executive chairman. In an e-mail to The Globe, Mr. Harquail noted the sales are but a fraction of his holdings: He has retained 92 per cent of his original position in the company, he said.

B2Gold Corp. stock hit its historic high in August. Over the course of the year, 12 executives sold at least $1-million worth of shares, led by CEO Clive Johnson with $20.2-million. General counsel Roger Richer and Tom Garagan, senior vice-president of exploration, each sold $8.3-million worth. Dennis Stansbury, senior vice-president of engineering and project evaluations, sold $5.3-million.

At Barrick, Mr. Thornton was joined in selling by CEO Mark Bristow, who sold $10.4-million worth of Barrick shares in May at US$27.14 a share, just a few dollars shy of its high for the year. Mr. Bristow still holds 5.2 million shares in Barrick, which date from the 2018 all-stock takeover of his previous company, Randgold Resources Ltd.

Insider selling at other miners was notable, but fell short of those levels.

At Alamos Gold Inc., which hit an historic high in July, insiders sold $13.3-million in shares. CEO John McCluskey, at just less than $2.2-million in proceeds, was the only insider to top $2-million in sales, with five others selling more than $1-million in stock. In response to The Globe, the company noted the executives netted less money than that because of the use of options.

Pan American Silver Corp. insiders sold $9.9-million worth of stock, as silver, like gold, had a strong year, racing up to a seven-year high in the summer. Pan American shares set an historic high in August. Over the course of 2020, chief operating officer Steven Busby sold $2-million of stock, and two other executives topped $1-million in sales. Company spokesman Siren Fisekci noted a significant portion of the sales related to the exercise of stock options, which “are an important part of their compensation.” There are vesting or holding periods for most of the shares, and Pan American insiders also have minimum ownership requirements, she said.

At Lundin Mining Corp., whose stock peaked in 2007 and trades about 30 per cent below its historic high, insiders sold $7-million worth of shares.

Kinross Gold Corp.’s historic high was in 1996, and it’s been trading about 75 per cent below those levels. It saw $5.4-million worth of shares sold, with just one insider selling more than $1-million worth. 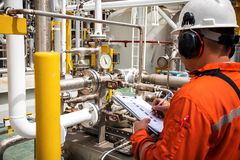 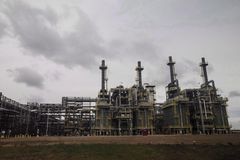 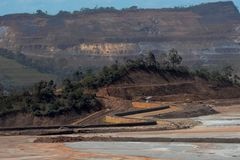